This text is part of the Media Freedom Rapid Response’s (MFRR) third press freedom monitoring report, which was publihsed today. Click here to download the report in full.

One of the key factors in the continued decline in press and media freedom in several EU Member States and Candidate Countries within the last year has been the abuse of state tools and regulatory bodies to manipulate the media market and undermine independent media.

In Hungary, Poland and Turkey, increasing control of ruling parties over state-controlled companies, advertising agencies, media regulators, competition watchdogs and even the courts, has allowed for a steady intensification and diversification of campaigns against critical press.

Over time, the placement of government allies or loyalists at the head of these nominally independent institutions has blurred the line between party and state, multiplying the repressive apparatus wielded by the ruling parties.

This increased political control or influence has resulted in many bodies being instrumentalised to slowly undermine critical press and distort the media landscape in favour of a pro-government narrative. In acting through supposedly independent bodies, ruling parties have also ensured plausible deniability against accusations of meddling or market distortion and provided governments a semblance of strategic distance from events, limiting the scope for potential EU action.

Over the last decade, tactics of this illiberal model for eroding media pluralism have been copied to varying degrees in different states monitored by the MFRR. The worst examples have been in Turkey, an EU Candidate Country, under the government of Recep Tayyip Erdoğan and in Viktor Orbán’s Hungary, where abuse of regulatory bodies have contributed to systematic declines in media freedom and the steady silencing of critical voices.

Within the last year, the MFRR has documented how the Law and Justice (PiS) government in Poland has also begun to copy more and more aspects of this model, cherry picking parts that have been successful in Hungary, while also constructing Poland-specific mechanisms that work towards the same aim. The success of this populist playbook has encouraged other regional leaders to begin charting a similar course, including Slovenian Prime Minister Janez Janša.

While this trend is not immediately observable in the MFRR’s daily documentation of violations, during the monitoring period key examples of the abuse of state entities were on display. Between September 2020 and February 2021, control over the system of media regulation in Hungary allowed the Fidesz government to force one of the country’s last independent radio stations off air. In early February, the decision of the government-controlled Hungarian Media Council (NMHH) to block the automatic extension of the license for Klubrádió, the country’s last major critical radio broadcaster, was approved. 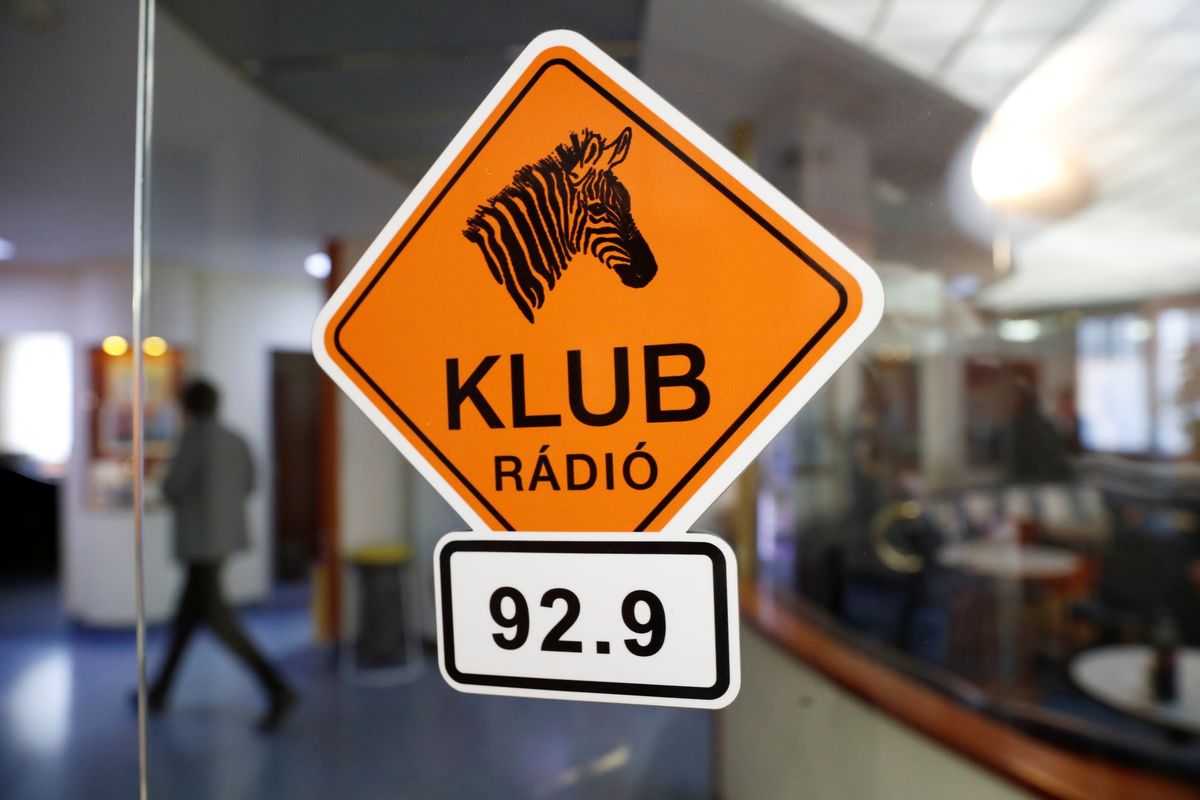 The regulator’s decision barred the station from operating on its frequency, Budapest FM 92.9 MHz. This meant Klubrádió was relegated to broadcasting solely online from midnight on 14 February, effectively silencing one of the last critical outlets on Hungary’s airwaves ahead of the 2022 elections. The Media Council justified its decision on grounds that Klubrádió had violated the media law by twice failing to provide simple information on its programming content – justifications dismissed by Klubrádió and international press freedom groups as absurd and disproportionate.

In recent years, the same regulator had slowly stripped Klubrádió of its licenses outside the capital, confining it to Budapest. In February 2021, a Hungarian court then dismissed the appeal by Klubrádió for an emergency license. Finally, in April it was announced that the regulator had then awarded the tender for the frequency to a station owned by a group close to the Prime Minister, Spirit FM. This approval was granted despite the fact that Klubrádió’s legal appeal process was still ongoing.

Taken together, the fate of Klubrádió provided a stark example of how the capture of different state and regulatory bodies can be used to stack the deck against an independent outlet and shut off all available options for remaining on air. This clearly violated rules and principles protecting media pluralism and fair competition and illustrated the importance for the ruling party with having regulators and courts under political control.

During the monitoring period, similar discriminatory rulings were made by Turkey’s broadcast regulator, the Radio and Television High Council (RTÜK), against several television stations over content critical of the government and its allies. Fines were issued by the regulator against Halk TV, Habertürk, Tele 1, KRT and Fox TV over either the contents of news or comments made during their pro‐ grammes. In Turkey, major independent news outlets providing critical coverage of the AKP government have long been closed or taken over.

In another example of the abuse of regulatory bodies, in January 2021 Poland’s competition watchdog blocked the merger of two major independent radio broadcasters. The Office of Competition and Consumer Protection (UOKiK) blocked the purchase of radio broadcaster Eurozet by the independent Agora media group, whose outlets are critical of the government. MFRR partners raised concerns over the independence of the regulator, which has launched an unprecedented number of antitrust investigations into liberal-leaning media in Poland.

In addition to using media regulators to stymie the businesses of “adversarial” media, PiS also appears to be adding new tools for administrative harassment to its arsenal. The clearest example of the use of a state entity to further the political agenda of PiS in Poland, however, came when regional newspaper publisher Polska Press was bought by the state-controlled oil giant PKN Orlen, a company headed by a key ally of PiS leader Jarosław Kaczyński. The purchase of the group from German Verlagsgruppe Passau handed PiS indirect control over 20 regional dailies, 120 weekly magazines, 500 online portals and an estimated 17.4 million readers ahead of the 2023 local elections.

A purge of critical voices like that undertaken at the public broadcaster TVP in 2016 is expected to follow. Such an acquisition of a media company by a state energy firm is un‐ precedented within the EU and was met with strong criticism from EU institutions. Unlike the merger of Eurozet, in this case the acquisition by PKN Orlen was swiftly approved by the competition regulator UOKiK, drawing further accusations of politically-motivated decision making.

In Turkey, Hungary and Poland, the placement of loyalists into the boardrooms of state-owned or controlled companies also meant that during the monitoring period independent media continued to be subjected to the abuse of state subsidies and advertising budgets. Under all three governments, the system of advertising by state companies has been distorted to channel money away from independent titles to those reporting favourably on the government.

Taken together these various examples of the abuse of state and regulatory bodies pose a serious challenge to media freedom in the MFRR monitoring region and will require an enhancement of the EU’s toolbox for defending the free flow of information and pluralistic media environments across the bloc. 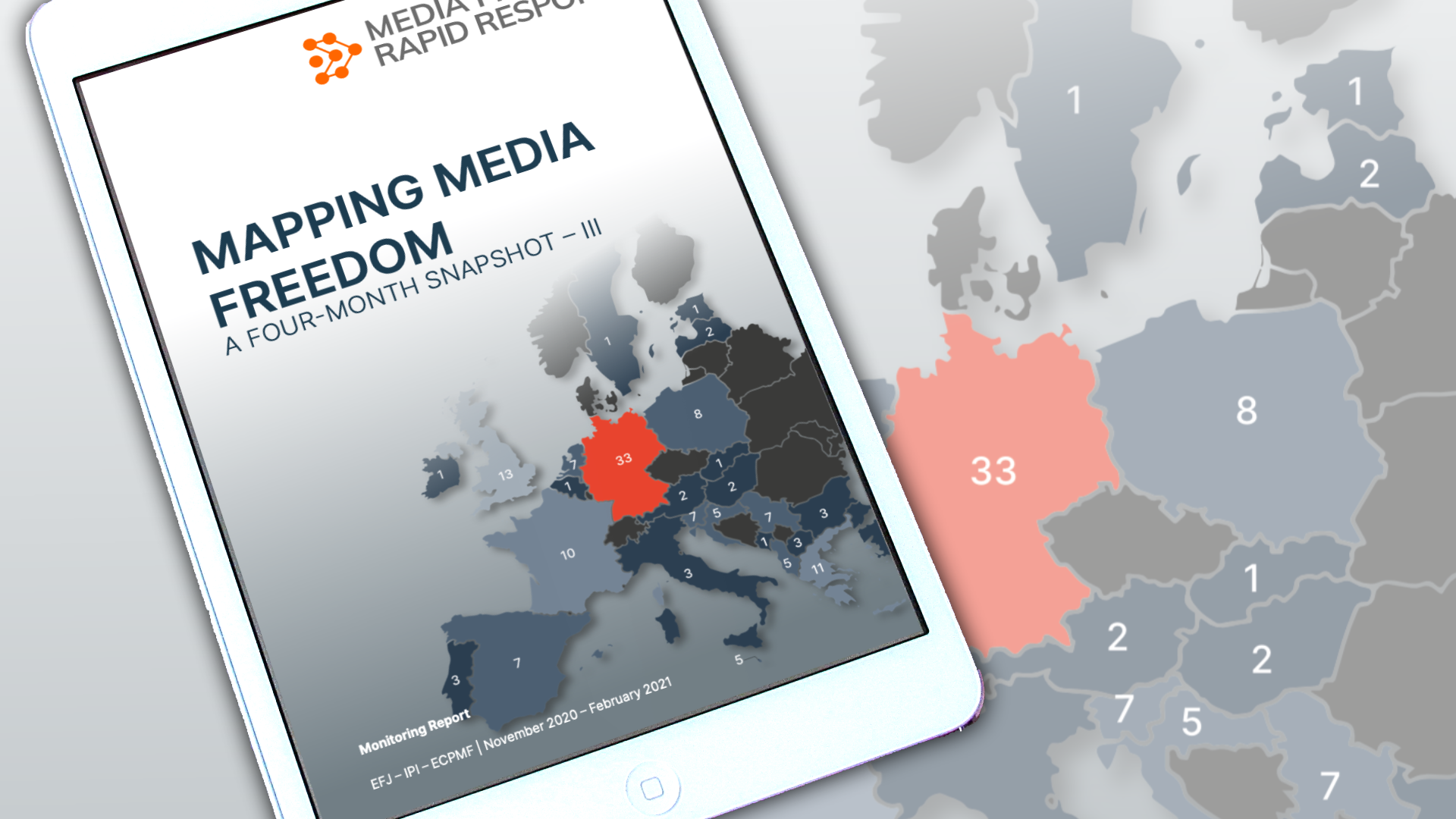