IPI and MFRR partners call for lawsuit to be dropped

Our organisations consider this to be yet another example of the Justice Ministry’s use of lawsuits as a tool for pressuring and financially draining the newspaper, which is one of the staunchest critics of the ruling Law and Justice (PiS).

We call directly on the Minister, who is also the Prosecutor-General of Poland, to immediately withdraw the lawsuit and refrain from abusing the civil and criminal code as part of the administration’s broader attack on independent and critical media.

We note that this lawsuit is the latest in a string of 60 civil and criminal cases brought against Gazeta Wyborcza over the last few years – many of which have been initiated by PiS politicians including party leader Jarosław Kaczyński. The scale of this coordinated legal harassment of a critical newspaper is unique within the EU.

As the MFRR concluded in a report following our recent press freedom mission to Poland, the use of Strategic Lawsuits Against Public Participation (SLAPPs) against critical media outlets by PiS figures and their allies in different institutions has reached unprecedented levels.

In a diversification of this pressure, many of these lawsuits are brought by government ministries, state-owned companies, businesspeople close to the ruling party, and even the tax-payer funded public broadcaster Telewizja Polska, with the number of lawsuits only continuing to increase further.

Ministers and officials in the Ministry of Justice are responsible for bringing seven different lawsuits against Gazeta Wyborcza and its journalists in recent years, with six initiated over a single article.

IPI is appalled by the continued legal harassment of @gazeta_wyborcza. The latest lawsuit filed by #Poland‘s Minister of Justice is yet another futile attempt to clamp down the news outlet.

The most recent was launched against Mr Michnik on March 2 over an article published in the paper edition and on wyborcza.pl which was written by investigative journalist, Wojciech Czuchnowski, and law correspondent, Ewa Ivanova.

Entitled “Pensja Ziobry poza prawem” (“The salary of Ziobro is against the law”) – the article pointed out that under the constitution it is potentially illegal for Ziobro to combine the salaries earned from his position as Prosecutor General and as an MP.

The journalists reported that Ziobro’s supplementary salary over the last three years as prosecutor general had been nearly 200 thousand PLN, noting that Article 103 (2) of the Constitution prohibits MPs from also being prosecutors and claiming that the Minister has circumvented the rule. Gazeta Wyborcza stands by the accuracy of its reporting and believes the article illustrated an important legal ambiguity in the constitution that it is clearly in the public interest to clarify.

In the lawsuit, which will now be decided on by the Civil Department of the District Court in Warsaw, Ziobro claims that the constitutional ban refers only to common prosecutors and not to the Minister of Justice, who performs the function of the Prosecutor-General. He has requested a correction be published and that his legal costs are covered.

While Mr Ziobro naturally reserves the right to use the courts to defend his name, it is abundantly clear that these lawsuits, like others brought by the MoJ, are aimed at heaping additional financial strain on the newspaper with the intention of dragging it through court, wasting resources on legal fees, and ultimately on pushing Gazeta Wyborcza to avoid such public interest stories in the future. Whenever there is the slightest opportunity to bring a lawsuit, this is the go-to option for the government.

The challenge of fighting a barrage of lawsuits is a daily reality for several other newspapers critical of the Polish government. The cumulative effect over the past five years has contributed to a serious decline in press and media freedom in Poland, as our report concluded. Unless the administration halts this wilful abuse of its own civil and criminal code to try and punish critical and challenging public interest reporting, this situation is unlikely to improve.

In the coming months, our organisations will continue to closely monitor the situation in Poland, respond to further attacks on independent journalism, brief the European Commission on key developments, and carry out observation missions to court cases wherever possible.

This statement has been written by the Media Freedom Rapid Response (MFRR), which tracks, monitors and responds to violations of press and media freedom in EU Member States and Candidate Countries. This project provides legal and practical support, public advocacy and information to protect journalists and media workers. 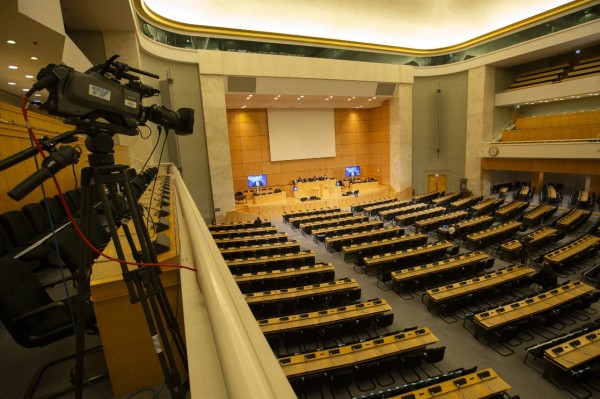 Statement to UN: States must urge Poland to end assault on media freedom