The International Press Institute (IPI), a global network of editors, media executives and leading journalists for press freedom, today expressed serious concern over the increase in violent attacks and threats against media outlets in Bolivia.

Following the resignation of President Evo Morales over the weekend amid allegations of election manipulation, tensions in the South American country have reached a boiling point as anti-government protesters clash with supporters loyal to the president in a quickly escalating political crisis.

As vandalism and unrest engulfed the capital La Paz and other major cities around the country, groups of anti-Morales protesters began targeting media outlets they accuse of politically biased reporting.

State media and pro-government broadcasters have been forced off air, media offices have been set on fire and vandalized, and reporters and outlets have faced threats, according to the National Press Association in Bolivia (ANP).

Several newspapers did not update their websites or go to print on Monday and Tuesday for fear of retribution, regional press freedom group Fundamedios reported.

“Violent attacks and threats against media because of their coverage is an unacceptable attack on press freedom and will not serve Bolivia’s democracy”, IPI Director of Advocacy Ravi R. Prasad said. “Journalists should never become a conduit for political anger. We call on all sides in Bolivia to respect the right of the press to work without interference and threats and on police to help in ensuring the safety of all journalists and media staff in the country during this period of uncertainty.”

Both stations were accused of biased reporting and forced to temporarily halt broadcasts, as around 40 staff left the building through a crowd of around 300 angry demonstrators shouting abuse, according to Radio Patria Nueva director Ivan Maldonado.

The same day, a local radio station run by a farmer’s union – of which Morales is a member – was also occupied by protesters, who destroyed broadcasting equipment and forced the station off air. Its director, José Aramayo, was tied to a tree and beaten.

On Saturday night, a group of protesters in El Alto, a city close to La Paz, destroyed the transmission station and broadcast antennas of privately owned Unitel network, according to ANP. Others tried to attack the nearby offices of Red Uno media, but were stopped by police.

Hours later, anti-Morales protesters in Santa Cruz destroyed Radio Ichilo, looting the building, destroying equipment and setting one of the offices on fire. On Sunday night, protesters in La Paz also burned the house of Casimira Lema, a host of University Television (TVU).

In response to threats, TVU announced it was pausing operations. It was joined on Monday by newspapers El Diario and Página Siete (Page Seven), which suspended print editions and withdrew staff due to threats of arson attacks.

On Tuesday, it was reported that Cochabamba-based newspapers Los Tiempos and Opinión Bolivia also did not circulate for safety reasons.

Ten journalists were attacked last week while covering protests, APB reported. Various other violations have been documented by the organization since protests broke out after the disputed election October 20.

Further violent clashes are expected as thousands of supporters from Morales’s Movement to Socialism (MAS) continue their march from El Alto to La Paz, where opposition groups and police have set up makeshift roadblocks.

Seven people have already been killed in the violence, with more than 300 injured, according to the state attorney general.

A former coca farmer and union boss, Morales was widely celebrated for major successes in reducing poverty and improving Bolivia’s economy. However, in recent years he has drawn controversy for circumventing constitutional term limits to remain in power and running for a controversial fourth term in October’s election.

After the vote, an international observation group from the Organization of American States (OAS) found the vote to have been rife with irregularities and rigged in Morales’ favour.

On Sunday, the chief of the country’s armed forces, General Williams Kaliman, urged the president to step down in the interests of peace and stability. On Tuesday, Morales left Bolivia after accepting political asylum in Mexico. 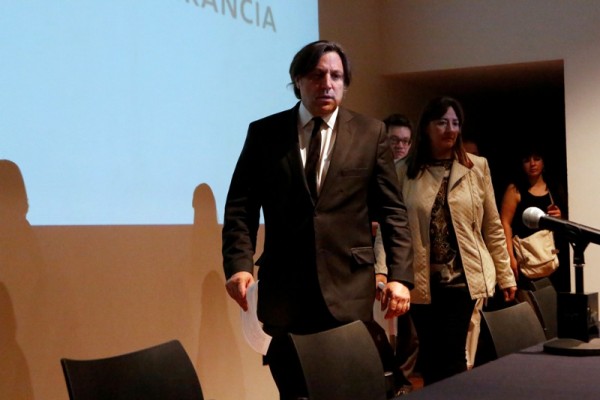