By IPI contributor Elizabeth De Gaetano for The Shift News

Two days before the fifth anniversary of the assassination of Maltese journalist Daphne Caruana Galizia, two brothers were each sentenced to 40 years in prison for their role in the journalist’s assassination.

Despite this significant turn of events, the fight for full justice for Daphne Caruana Galizia remains characterised by lengthy court delays, police inaction and a general lack of political will by the Maltese authorities to pass reforms that would help ensure journalists in Malta, an EU member state, can do their work safely.

It has been five years since Caruana Galizia was killed in a car bomb a few metres outside her home in Bidnija. Nevertheless, even as thousands gathered in Valletta this past October 16 to commemorate the journalist, the fight for justice, led by her family and a coalition of Maltese and international civil society groups and independent journalists, remains as gruelling as the day it began.

Until recently, there had only been one criminal conviction in the murder case, that of Vincent Muscat, who was sentenced to 15 years for planting and detonating the bomb. Muscat negotiated a plea bargain that saw him become a state witness.

The two other men charged with executing the assassination, brothers George and Alfred Degiorgio, were still in pre-trial detention five years after their arrest in a dramatic raid at the port of Valletta in December 2017.

However, on October 14, at the start of the trial by jury that was being monitored by several international press freedom organisations, including the International Press Institute (IPI), the brothers changed their plea from “not guilty” to “guilty” mid-way through the first hearing. Malta’s Criminal Court sentenced each brother to 40 years in prison plus fines and the return of criminal proceeds related to the crime.

The brothers changed their plea mid-way through the court proceedings after having witnessed the assistant attorney general detail to the jurors how the police had traced burner phones that had been used in the murder to phones belonging to the Degiorgio brothers. Journalists and observers who had gone to court that day expecting to cover the trial over several weeks were presented with a dramatic turn of events that included unexplained delays and outbursts by the accused.

After the sentencing, Alfred Degiorgio was overheard telling a prison guard that he wanted to approach Caruana Galizia’s family, saying, “I want to give them the full truth from beginning to end if you want to know it”, but as the brothers tried to approach the family, they were stopped when the family refused to speak to them.

However, barely two weeks after the brothers’ sentencing, lawyers for the brothers then filed an appeal asking for their trial by jury to be held again, as well as for a reduction in their sentence.

Until the trial by jury, much of the delay in court proceedings was caused by the Degiorgio brothers filing over 100 preliminary pleas and several bids for an official pardon for their crimes in exchange for information, including about several Maltese politicians.

However, the conviction of the three assassins is only the beginning. Many local and international organisations, as well as Caruana Galizia’s family, have underscored that impunity for her assassination will only truly end when all those responsible for the journalist’s death, including other potential intermediaries and mastermind(s), are identified, and prosecuted to the full extent of the law.

On August 18, 2021, Yorgen Fenech, a Maltese casino boss with close ties to senior government officials, was indicted on charges of complicity in committing murder. The indictment claims that Fenech ordered and paid for the killing. He is currently in pre-trial detention.

The state is responsible – conclusions of a landmark public inquiry

Aside from the criminal proceedings, an independent public inquiry into the circumstances surrounding Caruana Galizia’s killing concluded in July 2021 that the State “should bear the responsibility for the assassination”.

The government of Malta had initially resisted the idea of a public inquiry by claiming that there was no need for one since criminal proceedings were already underway.

It took a two-year campaign by civil society, NGOs, European institutions, and Caruana Galizia’s family for the Maltese authorities to finally announce, in December 2019, the panel of three judges that would lead the inquiry and examine the background that led to her assassination.

The three judges gathered evidence over a period of 18 months. They heard witness statements from investigators, politicians, persons from public administration and State entities, journalists, and Caruana Galizia’s extended family.

The report was published in July 2021 and found that the State “should bear the responsibility for the assassination” and added that her isolation and dehumanisation, coupled with the inaction of law enforcement and other authorities, helped create an atmosphere of impunity.

In other words, those who wanted to harm Caruana Galizia felt they could do so with the assurance that they would be protected. 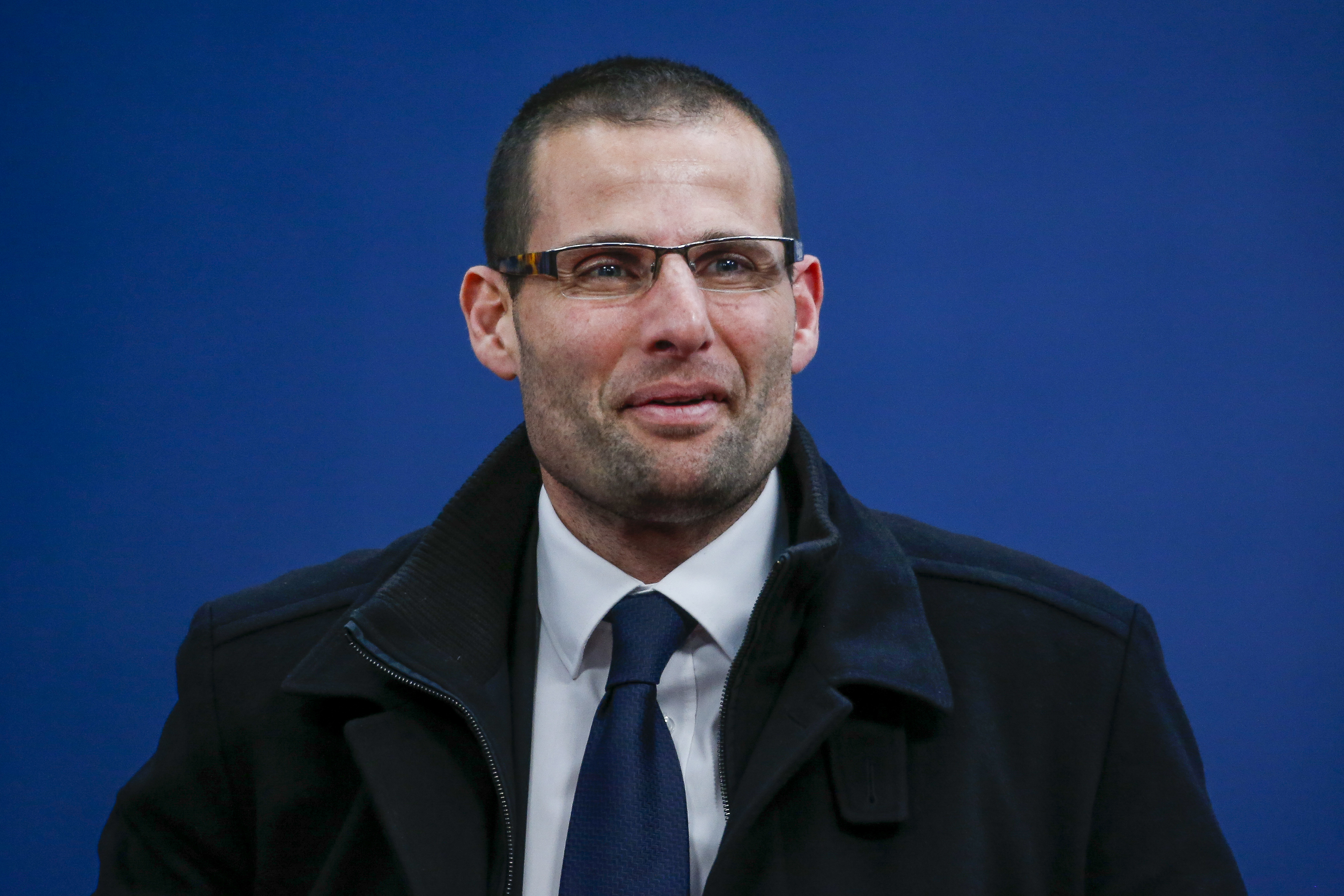 A lack of transparency and ambition

The public inquiry report also made a series of wide-ranging recommendations for reform within the government and the police to improve the safety of journalists in Malta. Nevertheless, these recommendations have run into a lack of political will.

During an extraordinary parliamentary session to discuss the public inquiry’s conclusions, Prime Minister Robert Abela never committed to a plan or a timeline to implement the inquiry’s recommendations. Nor did he take up the technical assistance offered by several press freedom organisations to help the government with the implementation process.

A detailed analysis by The Shift news portal found that Malta’s government has only fully implemented one of the 28 key recommendations.

In the meantime, the government also shot down legislative proposals presented in parliament by the opposition, which were based on the public inquiry’s recommendations. It hastily set up a committee of media experts, which was given three months to submit their comments and suggestions on draft legislation prepared by the government.

But the limitations of the Maltese government’s legislative proposals had already been identified as far back as January, and the committee of media experts was never consulted during the drafting of the bills.

Even more problematic was that the government demanded that the committee keep their discussions confidential, excluding many media and journalism stakeholders.

In the end, the most significant recommendations by the committee were ignored. Draft legislation was tabled in parliament in early October, even though some of the proposed legal amendments relating to the safety of journalists and Strategic Lawsuits Against Public Participation (SLAPPs) failed to meet international standards.

More than a hundred Maltese journalists, academics, and artists wrote to Prime Minister Robert Abela, urging him to hold a public consultation exercise on the proposed legislation.

The prime minister defended the proposed legislation and insisted that the committee could have consulted with whomever it wished – despite correspondence published showing this was not the case. He added that the parliamentary debate would be another opportunity for the legislation to be amended if there is the need to do so.

Only after two Institute of Maltese journalists (IĠM) members threatened to withdraw from the committee of experts did the prime minister finally halt the parliamentary process and promise to open the legislation to public scrutiny.

While all of this is taking place, and although Malta’s prime minister has publicly stated that he supports journalism, the overall attitude of most government officials towards independent journalists is still visibly hostile.

Independent journalists, activists, and government critics are still singled out and targeted by government propagandists on both the governing party’s media outlets and social media, while access to information in the public interest is getting harder.

The most representative example of this antagonistic attitude towards journalists is the 40 Freedom of Information (FOI) lawsuits brought against The Shift by several government entities.

In July 2021, Malta’s Data Protection Commissioner ruled in favour of 40 FOI requests filed by independent media outlet The Shift to investigate the government’s spending on advertising. Each government entity lodged an identical appeal against the Data Protection Commissioner’s decisions. In six of those cases, those entities that lost the request are now pursuing a second round of appeals against these decisions.

The scope of these appeals seems intended not to win but to exhaust The Shift’s time and resources while also sending a clear signal to other newsrooms that the Maltese government will challenge their attempts to obtain information under the country’s FOI law.

Even though Malta’s prime minister had stated that lessons needed to be drawn from the public inquiry report, the seeming lack of political will to initiate effective and broad legislative reforms casts doubt on whether Malta’s political class has learnt any lessons from Caruana Galizia’s assassination or whether it simply plans to give the impression that it intends to protect those who work towards continuing her legacy while surreptitiously making things harder.