On Thursday, October 10, police in riot gear acting on a search-and-seizure warrant forcibly entered the broadcaster’s Monrovia offices. Authorities claimed that Roots FM was operating without a valid license and had insulted the president as well as incited protest against the government, according to local media reports.

Despite the angry crowds gathering outside, police forced the station off air and blocked staff from leaving, confiscating transmitters, computer, antennas and other broadcasting equipment, according to reports.

As tensions flared, supporters of the show gathered outside also attacked the offices of rival pro-government radio station Freedom FM with stones, leading to the use of tear gas by police.

Costa, who owns Roots FM, insisted the business had the correct license and complied with broadcasting standards. His show is known for its vocal criticism of the government and has had a tense relationship with Weah since he assumed the presidency in 2017. Costa had recently accused the president of wasteful spending and has repeatedly used the show to call on citizens to protest against the administration.

“Criticism of the government and its president, even especially harsh criticism, is a necessary part of Liberia’s democratic system and it should not be a reason to shut down an independent radio station”, IPI Director of Advocacy Ravi R. Prasad said. “The Liberian authorities should immediately return the station’s broadcast equipment and refrain from seeking to silence critical commentators.”

Prasad also called on Liberian authorities to ensure the safety of all media workers and condemned the “unacceptable” attack on pro-government Freedom FM, adding that media pluralism in the country must be respected.

The closure of Roots FM also drew strong criticism from journalists in Liberia.

“The way the Liberian government carried out the raid was totally unacceptable and an extreme use of force”, Moses Sandy, president emeritus of the Association of Liberian Journalists in the Americas (ALJA), told IPI.

He said while the ALJA did not support Costa’s commentary and cautioned journalists to act responsibly, it disapproved strongly of the way the closure of the station was handled.

“If the government wanted it could have shut down the station by legally revoking its license”, he said. “Instead it chose the heavy-handed approach, which led to protests and injuries. This was meant to shut the station for good, and to silence voices that are critical of the administration.”

Sandy said Roots FM was one of three radio stations the government has accused of operating without valid licenses or authorization from the Liberia Telecommunications Authority (LTA). However, Roots FM is the only to be closed so far, he added.

Critics have also pointed to the fact that pro-government station Freedom FM, also perceived as using inappropriate language, has not been shuttered as a sign the closure of Roots FM was politcally motivated

Progress on press freedom in Liberia under President Weah has been mixed. The president has been praised for decriminalizing speech offences and relaxing sedition laws and rules on laws on defaming the president and public officials.

However, the government has revoked parliamentary accreditation for journalists and the president has vocally criticized media. Meanwhile, other critical radio stations have regularly been attacked and the Liberian daily newspaper FrontPage Africa has been targeted by defamation lawsuits. 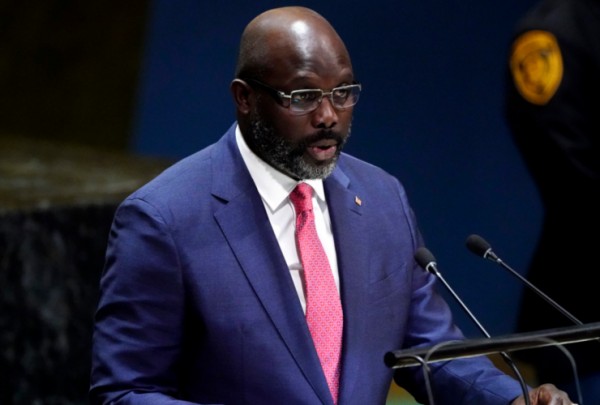