The International Press Institute (IPI), the global network of editors and media executives, is deeply concerned about the recent harassment of the independent on-line newspaper, Malaysiakini.com.

IPI is informed that, on 5 March 2001, the Malaysian national news agency, Bernama, quoted Your Excellency as saying, “… these people [Malaysiakini] really behave like traitors, asking foreigners to harm their own country.” You were also quoted as saying, “People who love Malaysia would not support Malaysiakini.”

Last month, officials barred a reporter for Malaysiakini from a news conference, enforcing a rarely applied accreditation rule for journalists. The reporter was told to leave a news conference given by Home Minister and Deputy Prime Minister Abdullah Badawi on 5 February. At the same time, Deputy Home Minister Chor Chee Heung was quoted in the press as saying that Malaysiakini’s reporters would be barred from covering government events because the on-line newspaper is not a licensed publication. Under Malaysia’s Printing Presses and Publications Act, all publications are required to renew their licenses annually, although Internet sites have not been required to have a licence in order to operate. Chor also threatened to take unspecified action against Malaysiakini if allegations that the site received funding from George Soros’s Open Society Institute (OSI) were true.

The incident came just days after it was incorrectly reported that Malaysiakini had received money – through the Bangkok-based Southeast Asia Press Alliance (SEAPA) – from George Soros. SEAPA, an alliance of independent press advocacy organisations from the Philippines, Thailand and Indonesia, has since stated that no funds it provided to the on-line newspaper came directly or indirectly from George Soros or the OSI.

Since its launch in November 1999, Malaysiakini, has gained tremendous popularity with its mix of unbiased news coverage, investigative journalism, and in-depth analysis and commentary. It has become an invaluable alternative to Malaysia’s government-dominated mainstream media. In January, Malaysiakini received the IPI Free Media Pioneer Award for “testing and pushing the boundaries of free speech and press freedom in Malaysia.”

IPI fears that the controversy over Malaysiakini’s alleged funding by George Soros is being used as a pretext to discredit one of the few critical media in the country as “unpatriotic.” The barring of Malaysiakini journalists from official events and the verbal attacks levelled against the on-line newspaper by government officials are flagrant violations of everyone’s right to “seek, receive and impart information and ideas through any media and regardless of frontiers,” as guaranteed by Article 19 of the Universal Declaration of Human Rights. 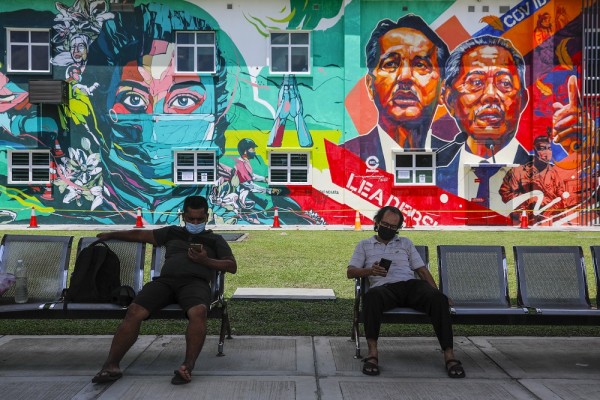