Members of Kosovo's Special Police Forces stand in the courtyard of Kosovo Public Television (RTK) during an anti-government rally led by opposition leaders under the motto "Against the capturing of the state" in Kosovo's capital Pristina on April 18, 2015. REUTERS/Hazir Reka

The Vienna-based South East Europe Media Organisation (SEEMO) said today that it was troubled by ongoing threats against a Kosovo journalist by self-professed former militants and it called on authorities in Pristina to hold the perpetrators accountable.

The threats followed Haxhiaj’s investigation into the large number of veterans who claim to have fought for the KLA during the conflict in 1999. The number of names on a contemporary list of war veterans has been criticised as being unrealistically high.

SEEMO joined the Association of Kosovo Journalists (AKJ) in condemning the threats against Haxhiaj.

“We call on authorities in Pristina to immediately react and to find the perpetrators behind these threats,” SEEMO Secretary General Oliver Vujovic said. “SEEMO expresses its full support for Haxhiaj and asks that this case be resolved as soon as possible.”

Vujovic also pledged that SEEMO would continue to monitor the case and to inform international organisations about the threats against Haxhiaj, adding: “We also hope that she will receive clear support from her employers at RTK.”

SEEMO is a network of editors, media executives and leading journalists in South East Europe and an affiliate of the International Press Institute (IPI). SEEMO’s press freedom work is supported by the European Centre for Press and Media Freedom (ECPMF) project, as part of a grant by the European Commission. 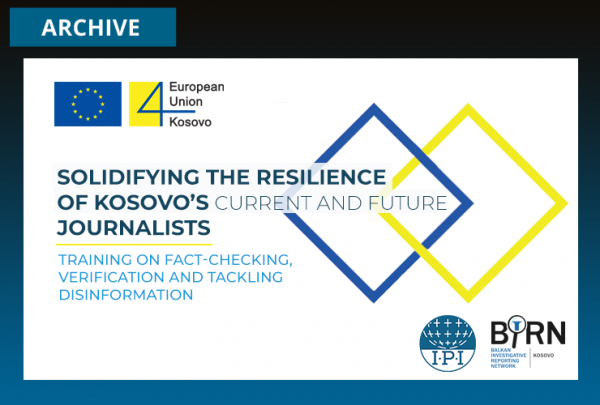