Journalist’s release marred by wider pattern of arrests in Nigeria

The International Press Institute (IPI), a global network of editors, media executives and leading journalists for media freedom, today welcomed the release on bail of Nigerian journalist Jones Abiri, who had been behind bars for 157 days.

However, IPI also expressed concern about the recent arrests of Gidado Yushuau and Adebowale Adekoya, the editor and webmaster of the Abuja-based online news outlet NewsDigest, respectively, over a news story published last year, and the indictment of two journalists in Delta State last week over a report about alleged oil revenue corruption.

The five cases have highlighted a deterioration of press freedom in Nigeria in recent months caused by a pattern of arrests, the heavy-handed use of state security, cybersecurity, and defamation laws, and the detention of journalists covering politically sensitive topics.

Abiri, publisher and editor-in-chief of the Weekly Source newspaper in Bayelsa State in southern Nigeria, was arrested on March 30. 2019, just months after his release from a two-year stint in state custody on alleged links to armed groups in the Niger Delta.

After spending another seven months in jail, Abiri was finally released on Friday, October 25. He is accused of sending threatening messages to oil companies and planning to blow up pipelines, and has pleaded not guilty to counts of terrorism, economic sabotage and fraud.

“While we welcome that fact that Jones Abiri had finally been freed on bail, it is unbelievable that he was arrested on the same charges for which he had been released earlier”, IPI Director of Advocacy Ravi R. Prasad said. “The rampant arrest of journalists is making Nigeria one of the worst countries for press freedom in Africa. We call on the Nigerian authorities to drop all charges against him immediately and stop using security laws to intimidate and harass investigative journalists.”

Abiri was first arrested by the Department of State Services (DSS) in July 2016 and held in a detention facility without charge for more than two years over alleged links to an armed separatist group, the Joint Niger Delta Liberation Force.

Prior to his arrest, Weekly Source had published a story detailing an alleged military coup plan as well as articles critical of the government in the Niger Delta, Africa’s most important oil-producing region.

While detained he was unable to communicate with his family or with a lawyer. Nigerian media published witness accounts alleging that Abiri had been tortured in custody.

At the time, IPI repeatedly called on Nigerian authorities to release Abiri and raised the issue directly with President Muhammadu Buhari at the IPI World Congress in Abuja in 2018. Two months later, Abiri was released in August 2018 after two years in detention.

However he was then re-arrested in March 2019 and later charged with crimes allegedly carried out three years previously, which he strongly denies.

Abri’s release came the same day as the arrest in Lagos of NewsDigest publisher Adebowale Adekoya. The detention was related to an investigative report published on the outlet’s website in May 2018 about Hillcrest Agro-Alied Industry, a rice processing company owned by a former deputy Governor of Central Bank of Nigeria (CBN).

The article, titled “Inside Kwara factory where Indian hemp smoking is legalized”, was written by NewsDigest journalist Alfred Olufemi and alleged that smoking cigarettes and Indian hemp at work was openly permitted by senior staff.

Attempts to put the claims to the company were reportedly ignored. Over a year later, Hillcrest filed a defamation claim. Rather than detain the journalist who had written the story, police instead arrested Adekoya, who was registered as owning the website. He was arrested on his way home from work on Friday and remains in custody.

A few days later, police arrested the current editor of NewsDigest, Gidado Yushuau, over the same story. Both journalists have been transported to Abuja for questioning.

Abiri, Adekoya and Yushuau are not the only journalists to be targeted in recent months because of investigative reporting.

Last week, police in Delta State charged Joe Ogbodu, an editor of the Big Pen online newspaper, and Prince Amour Udemude, a journalist with the independent National Mirror newspaper, with criminal defamation and disturbing the peace.

Both were charged over a story published in Big Pen Nigeria on October 14 about corruption and a violent oil crisis that has rocked Uzere, a community in Nigeria’s southern Delta State.

The report made allegations that former chief of defence staff, General Alexander Ogomudia, and local businessman Sam Ogrih, had both been involved in sponsoring and funding armed youths who had been involved in the violence. Both had denied their alleged involvement. The journalists will appear in court on November 12.

In August, federal authorities arrested Agba Jalingo, publisher of the privately owned news website CrossRiverWatch, focused on the southeastern Niger Delta, and charged him with treason, terrorism and attempting to overthrow the local government.

The allegations stem from statements Jalingo had made online about alleged corruption by Benedict Ayade, governor of Cross River State, regarding a local micro finance bank.

Back in March, journalist Obinna Don Norman, owner and editor-in-chief of online news website The Realm News, was arrested at a local radio station in Abia state. He was charged under Nigeria’s 2015 cybercrime law for allegedly defaming and harassing Theodore Orji, an Abia state senator.

Independent journalists and media outlets have also been targeted for reporting on politically sensitive issues, including actions of military, protests, and elections.

In September, two journalists working for the private radio station Inspiration FM in Akwa-Ibom State were reportedly beaten and arrested by police after covering violent protests in the city of Uyo.

Days previously, Mary Ekere, a journalist in Akwa Ibom State, was jailed for two nights for taking photos of task force officials carrying out a raid.

In January, the Nigerian army stormed the officers of the Daily Trust newspaper in Maiduguri and Abuja, seizing a number of computers and arresting an editor and reporter. Authorities said the raid had been carried out because the paper had “divulged classified military information”, a move rejected by IPI as inappropriate and disproportionate. 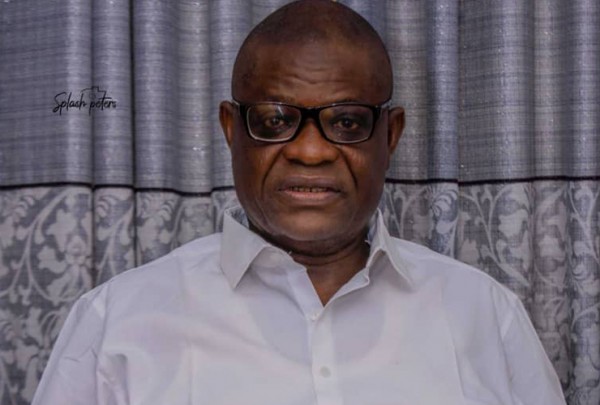 This interview is part of IPI’s series profiling our 10 new Executive Board members. Nig…
Read More