Journalism should not be left to profit-driven businesses when democracy depends on it. Masha Gessen, Martin Gergely and Daniela Pinheiro weigh in.

By Eden Vered and Jacqui Park

“There is a false notion nowadays that the media is there to control political messages. So even if you work really hard to keep your reporting neutral and ethical, you will be stained by bad actors in the media landscape who are destroying the idea of media,” Marton Gergely, editor of Hungary’s largest current affairs weekly HVG, told the International Press Institute during a session entitled “The New Authoritarian Populism Recipe: Undermining Media, Inflating Fear and Disinformation” at the World Congress 2020.

Gergely witnessed dramatic changes in Hungary’s press over the years. “After two rigged elections, we completely lost the feeling that the media is there to bring about change,” he said “you investigate and report on things that scare and worry the public – but nothing happens as a result”.

According to Gergely, there is consensus that there is no real political rival to Orban. This puts the media in a difficult situation as Orban “rallies balloters against Geroge Soros and the media, which pushes us to be political figures and creates an atmosphere in which journalists are the enemy undermining the country.”

Vilifying the press for political gain is among the tools often used by leaders in countries going through what Hungarian sociologist and author Bálint Magyar called “autocratic transformation”.

For Masha Gessen, journalists need to understand their role in this process as Gessen “there is no good way for the media to cover Donald Trump without contributing to the damage he’s doing … everytime we report on a nonsensical statement, it has real life consequences. So the question is how do we reframe how we cover.”

In which he won’t leave. What Could Happen if Donald Trump Rejects Electoral Defeat? https://t.co/LkjGSB61ie via @NewYorker

Similarly to Gergely, Gessen feels the mechanisms of holding leaders accountable are failing. “Journalists are exposing what should be damaging information to the regime, and yet nothing happens,” Belarus is an example where “thousands of protesters in the streets pose no danger to the regime, but rather to themselves.”

“So although we aren’t self-censoring in the U.S at the moment, we’re editing ourselves, and doing so in a way that’s bordering on fear of being personally attacked.”

Brazilian journalist and former Editor-in-Chief of Época Daniela Pinheiro, sees similarities between Trump’s U.S and Jair Bolsonaro’s Brazil in how both leaders create what she called “invisible enemies.”

“I was the first woman to be promoted to editor-in-chief of a political magazine – and the first one to be kicked out,” she said. Pinheiro resigned after she became the target of online and legal harassment from the Bolsonaro family when Epoca published a story on Bolsonaro’s daughter-in-law, and she disagreed with her company’s management, who wanted to apologise.

Cases like these are “the reason for self-censorship in Brazil right now,” Pinheiro told IPI, “and understandably so – journalists don’t get support from the outlets they’re working for, so they’re facing the high cost of reporting alone.” Pinheiro herself was targeted in an online campaign when trolls published pictures of her 9-year-old daughter on Twitter. “That, and threats, aren’t considered a crime,” she said “so when a journalist goes to the network’s legal department, they’re simply told that’s not enough. Are we supposed to wait for something terrible to happen?”

As a solution, Pinheiro suggests those attacking journalists should be held accountable for such violations by heavy fines. But for that to happen, “we have to be organized together, it’s hard to make such huge change as an individual.”

But inciting statements during press conferences and lawsuit threats are not the only fighting methods in the aspiring autocrat’s handbook, as Anya Schiffrin, director of Columbia’s School of International and Public affairs points out, “media capture is also a growing concern: Oligarchs and politicians taking over the media.” Which inevitably leads back to the media’s ongoing search for “the perfect business model”.

“Think about our water,” said Gessen “it’s a crime to give people poisoned water. But for some reason we think that if we drink information from poisoned wells, we’ll survive.” As a solution, Gessen suggests we should think of the media as a public utility. “Houses of parliament don’t rent spaces in their building to keep themselves going, so why should our democracy depend on advertisers using the media as vehicles for profit making?”

Pinheiro agreed, saying “media literacy and critical thinking in Brazil is very weak, so making media a public utility is essential to improving it.” She added that until then, “we must nurture the huge international networks we have, in which we can come together to discuss the future of funding. But most importantly, this network empowers those who are in the frontlines at a time when it’s so easy to give up.” 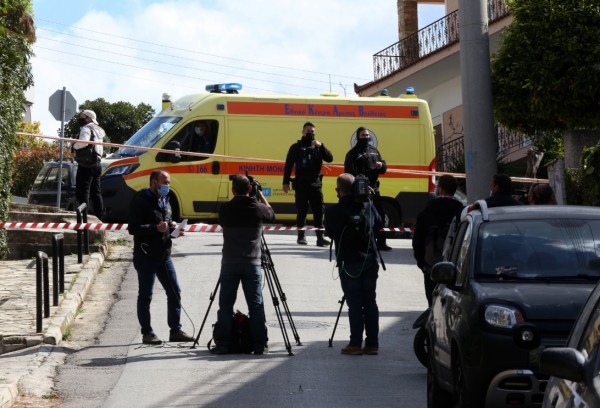