The International Press Institute (IPI) today joins the undersigned organisations in calling for the filed against the newspaper Domani by Italy’s new Prime Minister Giorgia Meloni to be dropped and for the Italian Parliament to adopt a comprehensive reform of the country’s defamation laws. We note with concern that this is not the first time the new PM has abused defamation laws to silence and threaten independent journalism in Italy.

In October 2021, the current Prime Minister, back then member of the Italian Parliament and leader of the far-right party “Fratelli d’Italia”  initiated legal action for aggravated criminal defamation against Emiliano Fittipaldi and Stefano Feltri, respectively correspondent and editor of the daily national newspaper “Domani”. The lawsuit originated from an article that raised questions over an obscure procurement process of face masks during the first waves of the COVID-19 pandemic. In particular, the article was investigating the alleged role of Meloni in influencing Domenico Arcuri, then COVID Commissioner, by recommending some suppliers for the medical equipment intended for the Italian healthcare system. According to the authors of the article, her interference in the process consisted of endorsing Fabio Pietrella, a businessperson and newly elected Fratelli d’Italia member of the Parliament, for the procured services.

Prime Minister Meloni is requesting damages with an interim compensation of 25,000 euros from the newspaper. After a preliminary hearing which took place on 15 November, the public prosecutor decided to open a criminal defamation trial, which is due to begin on July 10, 2024.

Our organisations have consistently advocated for a reform of both civil and criminal defamation laws in Italy to bring legislation in line with international freedom of expression standards and the recent Constitutional Court rulings. In its 2020 and 2021 decisions, the court urged the Parliament to enact a comprehensive reform of defamation laws in Italy. Until today, the Parliament has failed to respond to such calls.

In April 2022, the European Commission put forward a Directive proposal that would prompt EU member states to take action to counter Strategic Lawsuits Against Public Participation (SLAPPs) in civil law cases for matters having transborder application. The proposal on SLAPPs is expected to be adopted in 2023 after discussion and vote by the Council of the EU and the European Parliament. Alongside the directive proposal, the European Commission has formulated a set of Recommendations identifying a number of measures meant to counter both vexatious criminal and civil lawsuits. Furthermore, according to international and European human rights law, top public officials should tolerate a higher degree of scrutiny and criticism than others, in light of the public position they hold.

Our organisations acknowledge with growing concern the rising number of SLAPP cases against journalists brought by public officials in Italy against those who express dissent or inform the public on contentious issues, question their work or, as in the present case, expose alleged wrongdoing.

We call on Prime Minister Meloni to withdraw the defamation lawsuit against Italian newspaper Domani and to initiate a reform process of defamation laws in the country, to avoid the abuse of vexatious lawsuits against the public interest. We also call on the Italian Parliament to begin comprehensive reform of defamation laws in line with international freedom of expression standards as soon as possible. Such reform should centre on the decriminalisation of defamation and set limits within civil law on the amount in damages that can be sought to avoid creating undue obstacles to the journalistic profession.

Furthermore, this reform should address specific challenges posed by SLAPPs against journalists within the Italian framework. While the Italian Civil Procedural Code includes some provisions aimed at countering SLAPPs – article 96 provides that those plaintiffs who filed a lawsuit in “bad faith” must compensate the defendant – judges rarely recur to this provision in practice. Within this context, we also urge the Parliament to start a discussion to follow up on the Recommendations included in the EU Anti-SLAPPs initiative and to support the adoption of an advanced text of the EU Anti-SLAPPs Directive.

An Anti-SLAPPs Working Group in Italy, part of the Coalition Against SLAPPs in Europe (CASE), brings together representatives of  the world of journalism and civil society in Italy to raise awareness about SLAPPs and sustain advocacy towards a set of measures that would effectively counter them. 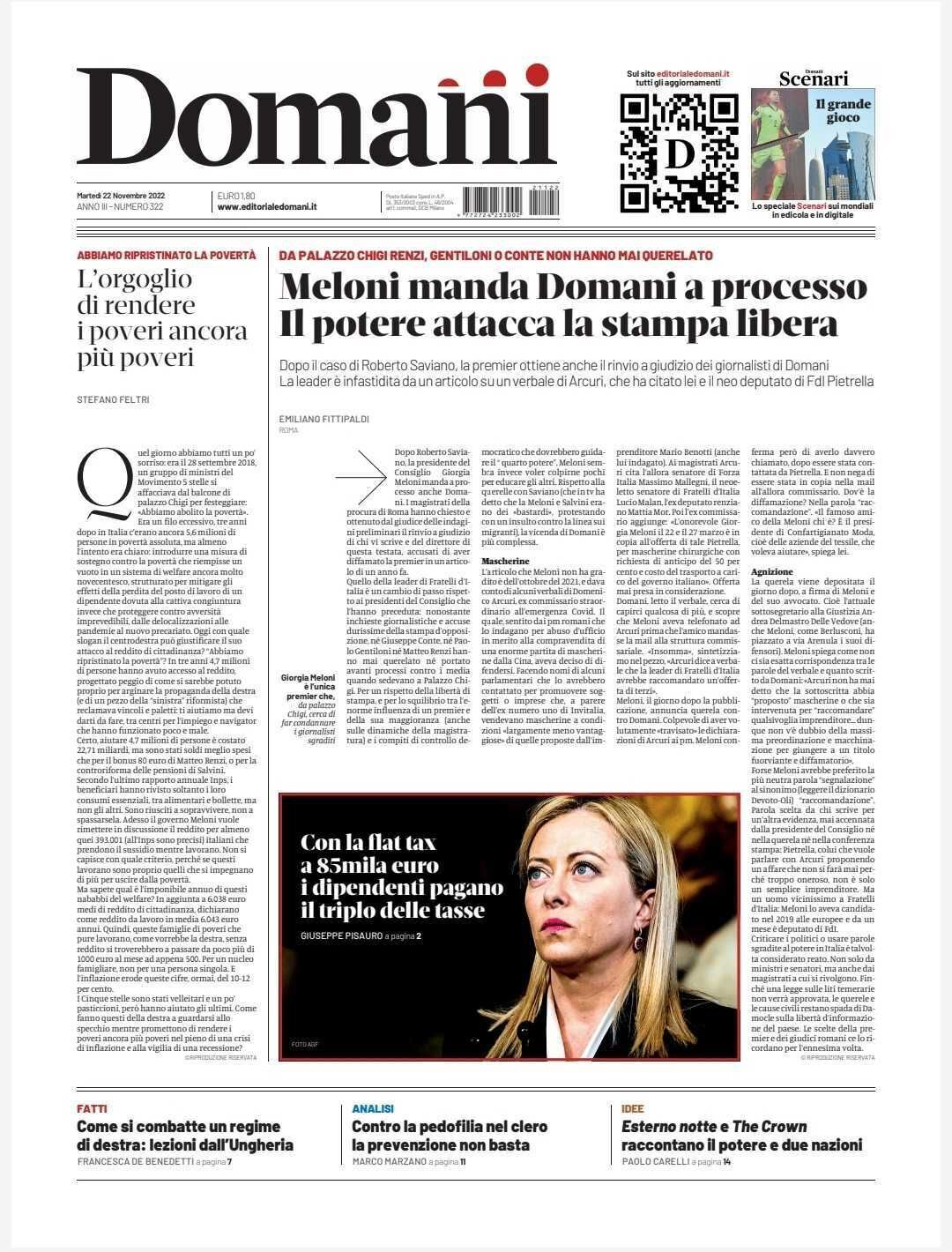 This statement was coordinated by the Media Freedom Rapid Response (MFRR), a Europe-wide mechanism which tracks, monitors and responds to violations of press and media freedom in EU Member States, Candidate Countries, and Ukraine. The project is co-funded by the European Commission.