Questions over how new administration will handle press freedom challenges

“On World Press Freedom Day my thanks go to the many journalists who fight for the truth. We will always be at their side against all forms of censorship and imposition of the single thought.”

With these words Giorgia Meloni, leader of the Fratelli d’Italia party, commented on the anniversary of 3 May earlier this year.

Now, after Meloni was sworn in as prime minister of a hard-right government on October 23, international observers are questioning the position of Meloni and the main supporters of her party on freedom of the press and pondering how the administration will address the many challenges facing the country’s journalists.

The coalition government, in addition to Fratelli d’Italia, includes the Lega, led by Matteo Salvini, and Forza Italia, led by Silvio Berlusconi – figures with a problematic track record on media freedom.

With major European Union initiatives to safeguard media independence and pluralism on the horizon, and major reform initiatives within the country stalled, questions also emerge over how the new administration will handle more systemic changes to the legislative and media landscapes.

Meloni’s first international outing after the elections, with a speech at the VOX party meeting in Spain, caused much concern in the media world.

In front of an audience that had heard messages from former U.S. President Donald Trump, Hungarian Prime Minister Viktor Orban, and Polish Prime Minister Mateusz Morawiecki, Meloni reiterated how Poland and Hungary are models of government for her, glossing over the fact that both governments are currently facing sanctions proceedings under Article 7 of the EU Treaty for breaches of fundamental values.

Meloni has not only defended Hungary and Poland when she was in opposition, but also reiterated this approach as soon as she won the elections. Press freedom in both countries remains under serious pressure. There are major questions about how far she will take inspiration in governing from these ideological allies, and how far she will support them in democratic forums.

In general, looking at Meloni’s rhetoric, it seems clear that she is now trying to present herself as a moderate leader. However, she remains president of the European Conservatives and Reformists (ECR), a pan-European umbrella party that includes the ruling party in Poland as well as increasingly influential far-right parties in countries such as Spain and Sweden.

In the past, Meloni has also spread and supported conspiracy theories on her social media channels, such as ethnic replacement by migrants and disinformation about vaccines. Unlike other far-right leaders in Europe, however, she has not publicly made hostile comments against journalists or the press in general. Under increased scrutiny and critical reporting from the media, this may yet change.

Her government’s approach to EU efforts to strengthen media freedom and pluralism will be another key issue. To date, she has never taken a position on the European Commission’s Media Freedom Act (EMFA) or other press freedom legislation. Only her actions in government will clarify her positions in Italy and Europe on these issues.

Another major issue on the agenda regarding media will be reform of the country’s penal code regarding “defamation through the press”, which can currently be punished with prison sentences from six months to three years. In the past two years, the Constitutional Court has urged lawmakers to initiate a comprehensive reform of defamation provisions and ruled that incarceration in such cases is unconstitutional. Until now, however, parliament has dragged its feet. Observers are concerned the new government appears unlikely to push forward the reform process. 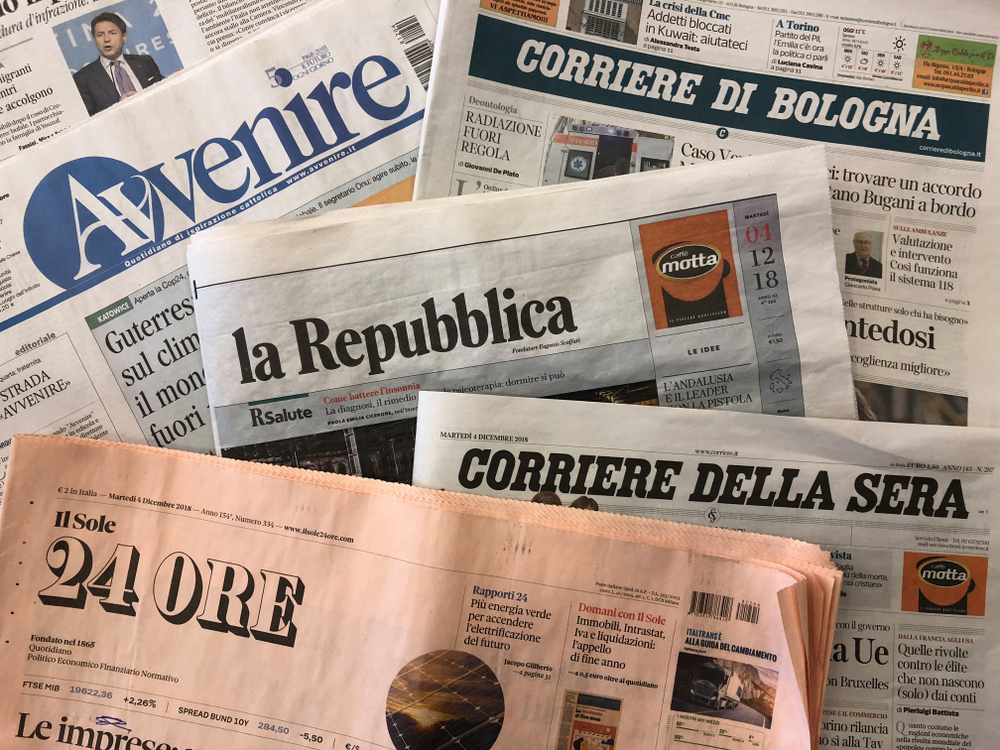 Meloni, while always defending her staunchest supporters, has been very careful not to attack freedom of the press directly, taking a cautious stance on the issue of journalists’ work, but not failing to emphasise that in her opinion there is a widespread desire to damage Fratelli d’Italia politically.

What is certain, however, is the attitude of many supporters of her party towards the press. Recent incidents of physical or verbal aggression against journalists can be traced back to extreme right-wing militants, however not directly linked to the Fratelli d’Italia party

The most notorious cases are those of journalist Federico Gervasoni, of the daily newspaper La Stampa, who was threatened with death on social networks for having carried out an investigation into the neo-fascist organisation Avanguardia Nazionale, where some current members of Fratelli d’Italia have operated in the past.

Then there is the case of the journalist Federico Marconi and the photographer Paolo Marchetti, of the weekly magazine L’Espresso, who were physically assaulted for filming during the commemoration by a group of neo-fascists of three right-wing militants murdered in the 1970s. For this attack, exponents of Forza Nuova, an organisation that supported Meloni for a period, were prosecuted by the Italian justice system, but has now distanced itself from her.

The latest episode is the persistent threats against Repubblica journalist Paolo Berizzi, known for his investigations into Italian neo-fascism.

Leading journalist unions and organisations – Ordine dei Giornalisti and the Federazione Nazionale della Stampa Italiana – have called for intervention by the political class in these cases.

Meloni and the party leaders immediately distanced themselves publicly and expressed solidarity with the affected journalists, but never definitively ended relations with the most radical part of her supporters.

In recent years the Italian state has become a model with regard to the protection of journalists threatened by the mafia. Roberto Saviano is the best-known symbol of many journalists who have enjoyed not only physical protection,  but also the support of civil society through awareness-raising campaigns.

Another major source of physical attacks and threats over the past 10 years, according to the Italian Order of Journalists, has been politically motivated attacks on the press from groups associated with the far and extreme right.

In order to guarantee the work of journalists and freedom of the press, press freedom groups have stressed that it is necessary for these attacks to not only be punished by the judiciary, but also to be recognised as systematic attacks, so that the Ministry of the Interior and the police, who must protect journalists during these public events and in general, are constantly vigilant.

Whether the new occupants of the Ministry of Interior will continue the important work laid down by previous administrations will be vital for the safety of journalists in Italy moving forward.

With respect to the concentration of media ownership, currently Meloni’s leadership team in Fratelli d’Italia does not represent any particular editorial interests.

However, the former deputy Guido Crosetto, an executive of the company Federazione Aziende Italiane per l’Aerospazio, la Difesa e la Sicurezza (AIAD), linked to Confindustria (the trade representation of Italian industrialists), is the one Meloni will be counting on to obtain the support of industrial groups with interests in the media, which until now have never explicitly supported Meloni in her political rise. Crosetto was appointed Minister of Defence in the Meloni government.

Ever since Silvio Berlusconi entered politics in the 1990s, the problem of media freedom arose because the leader of Forza Italia could count on control of important Italian media. Since then, many things have changed and Berlusconi has reduced his role in media, selling the newspaper Il Giornale and negotiating the sale of the Mediaset TV networks.

Today, in the absence yet of a definitive law on the control of the media by politicians, which even the Democratic Party has never achieved, Guido Crosetto seems to be the mediator between the industrial groups and the media they control.

Until now, Giorgia Meloni, as former leader of the opposition and as party leader, has never expressed any particular indications with respect to a whole series of Italian and international regulations on the subject of freedom of the press. Generally, Meloni has preferred communication linked to social networks over mainstream media.

As the new government takes the reins, many of these questions will become apparent. Until then, journalists are preparing for a bumpy ride.