On December 12, journalist Ruhollah Zam was executed by the Iranian authorities for committing  “Corruption on Earth”, a charge often used by the Iran against detractors of the regime.

“The heinous execution of Ruhollah Zam demonstrates the brutality of the Iranian government and its fear of independent journalism”, IPI Executive Director Barbara Trionfi said. “The international community should not turn a blind eye to this killing. It should take firm action against the regime and impose sanctions not on the country’s political and religious leaders.”

Zam had sought asylum in France after he left Iran following the 2009 anti-government protests as he was accused of working for foreign intelligence agencies. While in Paris, he set up the AmadNews website and ran a social media channel on the messaging app Telegram, which had over a million followers.

In 2017, as the protests against the government intensified, Zam provided details of demonstrations and timings of the protests on his website and Telegram channel. On complaints by the Iranian government that the channel was providing details about how to make petrol bombs, Telegram shut it down. Denying that he was provoking violence, Zam launched another channel under a different name.

Two years later, Zam was reportedly nabbed by Iranian Revolutionary Guards and brought to Iran. In February this year his trial commenced, where he pleaded not guilty. The court sentenced him to death in June and earlier this month the Supreme Court upheld the death sentence.

Iran is one of the worst countries in the world for journalists. According to website Journalism is not a Crime there are more than 20 journalists in Iranian prisons.  The Iranian regime has also been accused of harassing journalists of Iranian origin working outside the country. In March this year, a group of four UN Special Rapporteurs issued a joint statement pointing out that “journalists working for BBC Persian service and other Farsi-language news outlets outside Iran have faced threats, criminal investigations, unlawful surveillance, freezing of assets, defamation and harassment by Iranian authorities. Several journalists have also been targeted for going public about the harassment and seeking protection from the UN.”

The statement said that families of these journalists living in Iran were also facing threats and intimidation. The Iranian government was asking the families to pressure journalists to stop working for BBC. 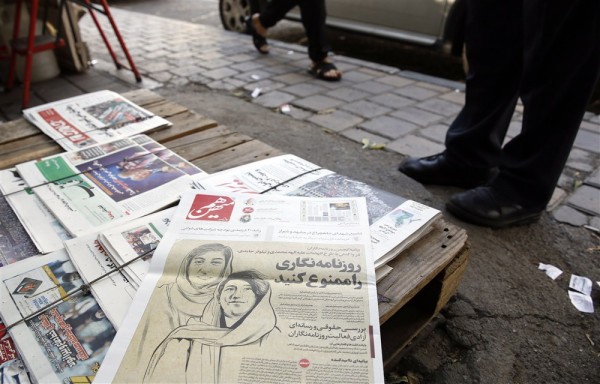