Heroic journalism and courageous independent reporting from around the world were honoured during the award ceremony at the International Press Institute’s (IPI) World Congress at Columbia University in New York on September 9.

The annual World Press Freedom Hero award was presented to Carlos Dada, editor-in-chief and co-founder of the pioneering online news site El Faro, which has faced extraordinary pressure from the government and criminal organizations, including recent Pegasus spyware surveillance.

The second award was given to inspiring Al Jazeera journalist Shireen Abu Akleh, a pioneering figure for women in media in the Middle East, who was tragically killed by Israeli sniper fire while on assignment in May this year.

Accepting the first award via video link, Dada said: “We have been receiving threats and intimidation for the last 15 years, but it’s never been as intense as it is today, because the threats and harassment come from a small group in power who have dismantled our democracy and turned it into an authoritarian regime.”

Dada added: “International and public support is a key protection for us. I hope this award will shed light on what’s happening for press freedom in my part of the world. It sends a clear message to those who want to harm us that the price for threatening us is high.”

Noting the dire state of press freedom in his region, he continued: “It seems to be the fate of heroes in journalism to be killed, jailed or exiled. I am not a hero. I don’t want to be one. We should work without threats, without harassment, without fatal consequences. No journalists should be forced to make heroic decisions to do their job.”

He added: “The price for doing journalism is getting higher. But silence is not an option. Our work is our power. We must use our voice to be break the monologue of power and to defend the truth.” The award was accepted on his behalf in New York by journalist Nelson Rauda.

Announcing the award, Siddharth Varadarajan, editor of Indian news outlet The Wire and a member of the IPI-IMS international awards jury, said El Faro was “a pioneer of investigative and digital journalism in El Salvador, as well as in the wider region of Central and Latin America.”

#IPIWoCo: IPI is honoured to present our #WorldPressFreedomHero 2022 award to El Salvador’s @CarlosDada, co-founder & director of @_elfaro_, one of Latin America’s most prominent online investigative news outlets, which is facing unprecedented pressure.https://t.co/zOPBqkLU5l pic.twitter.com/xW9D3Iribb

The second IPI World Press Hero Award was given to the late Shireen Abu Akleh, who dedicated her career to reporting on a range of issues in the Israeli-occupied Palestinian territories, risking her life to work on the frontlines.

Accepting the award on her behalf, Shireen’s niece Lina Abu Akleh told the crowd her aunt had been an inspiration for generations of people in the Middle East and called on the international community to unite in ensuring there was no impunity for her killing.

Dada added earlier that he was honoured to receive this award along with Shireen Abu Akleh, who he called a “martyr for journalism” who had paid the “ultimate price” for her work.

Varadarajan said IPI and its global network would continue to fight for justice for Shireen and her family and that while her voice may have been silenced, her legacy lives on.

The previous day, during a meeting at their 71st annual General Assembly, IPI members adopted by unanimous vote a resolution calling for full justice for the killing of Abu Akleh. In light of the abject failure of the Israeli government to investigate the crime in accordance with international law, they called for a U.S.-led investigation into the killing of Abu Akleh, who was an American citizen. 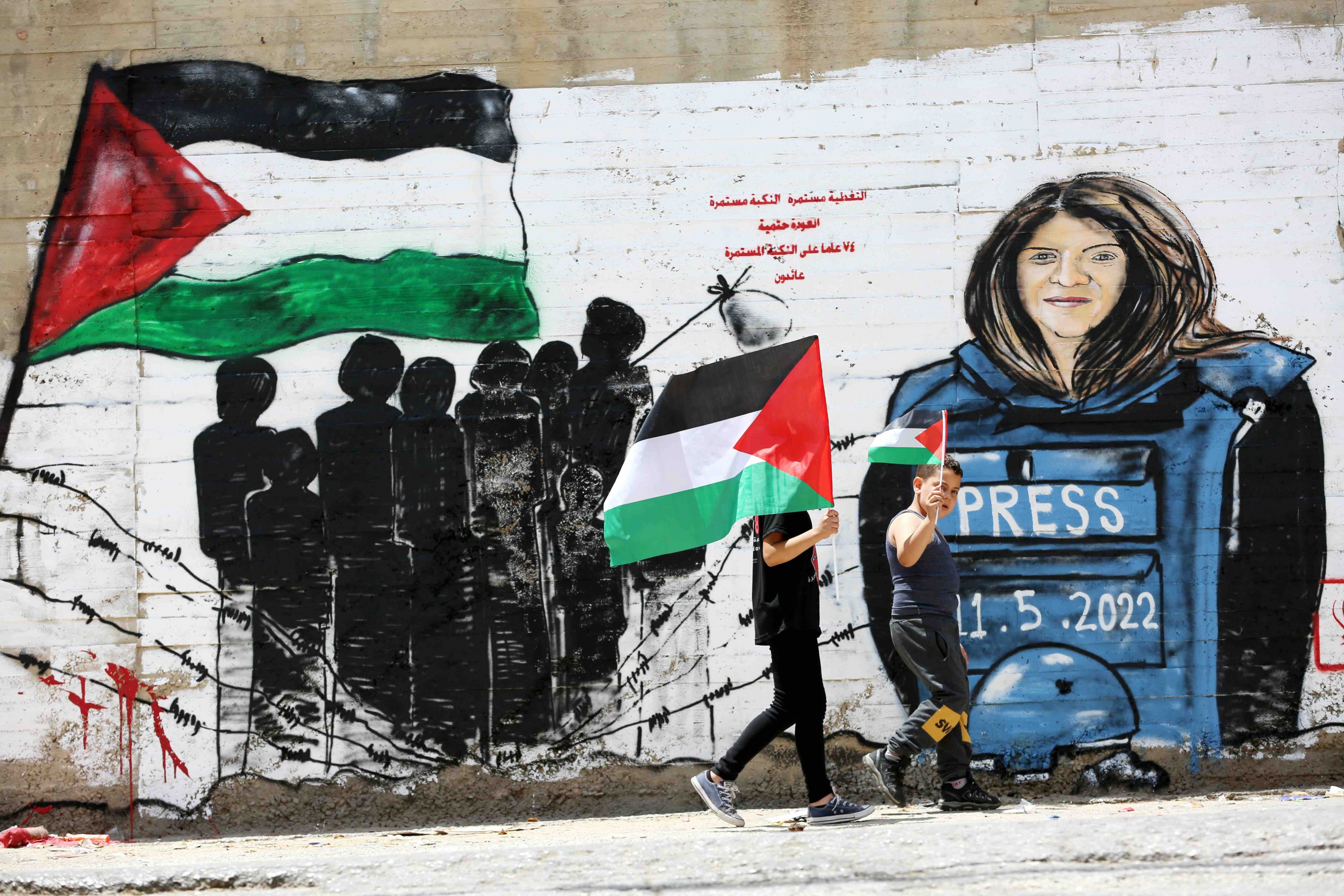 The IPI-IMS Free Media Pioneer award was presented to seven Ukrainian media outlets who rose to face head-on the challenges and dangers brought by Russia’s war of aggression with courage and quality reporting.

Accepting the award on behalf of her colleagues, Daryna Shevchenko, CEO at The Kyiv Independent, praised the dedicated work of all journalists in her country fighting for truth and said: “We will do whatever it takes to keep the world’s attention on Ukraine”.

Shevchenko thanked the international community for the support provided to Ukrainian media since the start of the invasion of February 24, but urged governments and donors not to lose focus of the plight of the country’s journalistic community as the war grinds on, stressing that the fight for the Ukraine’s freedom was also a fight for democracy and press freedom.

IMS representative Morten Østervang, who presented the award, said the world’s journalistic community stood with their Ukraine colleagues. Representatives from the seven media outlets received a standing ovation from the crowd gathered at the Low Library at Columbia University.

🇺🇦These heroic media platforms & their journalists rose to face head-on the challenges and dangers brought by Russia’s war of aggression with courage, quality reporting, and a steadfast commitment to serving local communities at a time of immense need.https://t.co/38oMCbCdOc pic.twitter.com/vFciT3eUhk

The World Press Freedom Hero award honours journalists who have made significant contributions to promote press freedom, particularly in the face of great personal risk.

Launched by the International Press Institute (IPI) in 2000, the award is now given in partnership with International Media Support (IMS).

The IPI-IMS Free Media Pioneer award is presented to organizations meeting the demands of the moment through innovative models of journalism, media, or press freedom defence.