The General Assembly of the International Press Institute (IPI), a global network of editors, media executives and leading journalists, yesterday unanimously approved a resolution calling on Egypt to release all jailed journalists and to end harassment of independent news sites.

The resolution comes shortly after the Egyptian authorities refused to honour a court order to release Al Jazeera correspondent Mahmoud Hussein, who has been held without charges since December 2016.

The Assembly approved the resolution during its meeting at the 2019 IPI World Congress in Geneva, Switzerland, on June 5.

Read the full resolution below.

The members of the International Press Institute (IPI), meeting at their 68th annual General Assembly during the IPI World Congress on June 5, 2019, in Geneva, Switzerland, adopted by unanimous vote a resolution calling on the government of Egypt to release all jailed journalists and to end harassment of critical media, including through the blocking online news sites.

IPI members called for the immediate release of Mahmoud Hussein, an IPI member and Al Jazeera correspondent who has been held for nearly 900 days without charge. An Egyptian court ordered Hussein’s release on May 21; however, Egyptian authorities have refused to release Hussein and have returned him to Tora Prison, displaying blatant disregard for the rule of law. In January 2018 the U.N. Working Group on Arbitrary Detention classified Hussein’s imprisonment as arbitrary and said the conditions of his detention amounted to “cruel, inhuman and degrading” treatment.

IPI members also urged Egypt to free journalist and researcher Ismail Al Sayed Mohamed Omar Toufic, also known as Ismail Alexandrani, who has been held since November 29, 2015 and accused of belonging to a banned group and spreading false news. In January 2018, Alexandrani’s case was referred to a military prosecutor. Unconfirmed reports claimed that Alexandrani was sentenced to 10 years in prison in May 2018. His current whereabouts are unknown and the government of Egypt has refused to respond to requests about his well-being.

While IPI members welcomed the release earlier this year of photojournalist and Mahmoud Abu Zeid, also known as Shawkan, they deplored the oppressive release conditions, which require Abu Zeid to report to a police station each night for five years.

Egypt has systematically denied journalists rights to due process and a fair trial, holding them for years without official charges and denying them the right to legal counsel. IPI members urge the Egyptian authorities to fully comply with international principles on the rights of defendants in criminal proceedings. Members also called for the U.N. Working Group on Arbitrary Detention to investigate all cases of jailed journalists in Egypt.

IPI members also called on Egypt to cease official harassment of critical online news outlets including IPI’s 2019 Free Media Pioneer Mada Masr. The site is one of nearly two dozen outlets blocked by the government for spreading “spreading lies” and “supporting terrorism” – accusations routinely levelled against critical voices. The block on Mada Masr and all other online news sites should be immediately lifted.

Members also resolved that Egypt’s allies should increase pressure on the government of President Abdel Fattah el-Sisi to uphold the rule of law and restore rights to press freedom and freedom of expression, both core elements of a democratic society, which Egypt has claimed to be. Future support to Egypt must be contingent on improvements in human rights.

Members also called upon the African Commission on Human and Peoples’ Rights, which is tasked with protecting human rights on the African continent, to initiate all relevant procedures in response to the media freedom crackdown in Egypt and to use all available measures to push for the release of jailed journalists. 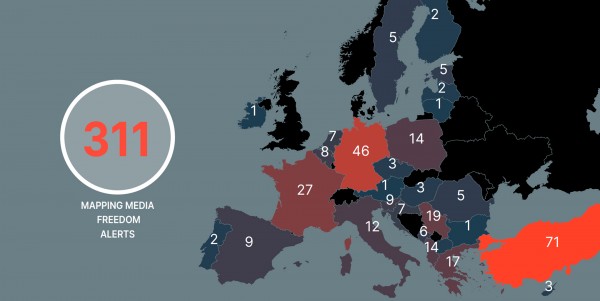 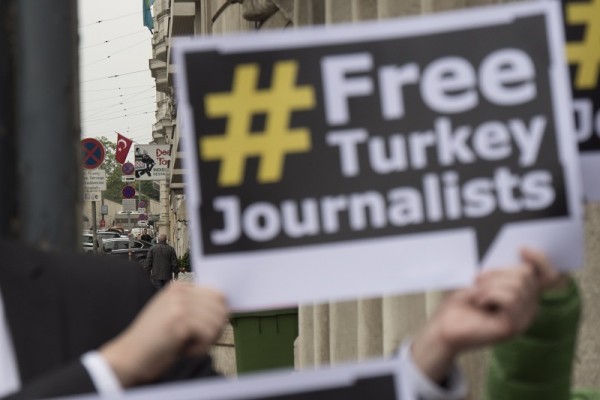