The International Press Institute (IPI), a global network of editors, media executives and leading journalists, called for a criminal tax case against Philippines journalist Maria Ressa to be dropped ahead of a hearing in the case tomorrow.

Ressa, a member of IPI’s global executive board, faces an hearing on July 22 in one of three active tax-related cases currently pending against her. The case is being heard before the Regional Trial Court in Pasig, part of the Manila metropolitan area.

“These unfounded tax charges against Maria Ressa are yet another element of the coordinated campaign to silence Maria and Rappler in retaliation for their powerful public-interest reporting”, IPI Director of Advocacy Ravi R. Prasad said. “We renew our call on the Philippine authorities to drop these and all other charges against Ressa and Rappler.”

IPI yesterday also joined a similar call by the #HoldTheLine coalition, a global collective of 78 civil society and journalism organisations, including IPI, that was formed after Ressa’s “cyber-libel” conviction in June.

Prasad underscored the coalition’s further call on the Pasig court to hold proceedings remotely in light of the coronavirus pandemic. The Pasig court is reportedly associated with a Covid-19 cluster.

The three tax cases are part of a wider campaign of legal harassment against Ressa and the news outlet she edits, Rappler, that began in 2018 after the Philippine Securties and Exchange Commission (SEC) revoked Rappler’s operating license. The SEC claimed that Rappler’s granting of so-called Philippine Depository Receipts (PDR) to a foreign donor, the Omidyar Foundation, amounted to a form of foreign media ownership banned under the Philippine Constitution. In July 2018, an appeals court remanded the issue back to the SEC for review.

As part of the overall ownership dispute, Ressa and Rappler were also accused of various tax violations, including failure to declare taxable income and tax evasion. Three of these cases remain pending, two of which are being heard before the Philippines Court of Tax Appeals (CTA), while the third case, the subject of tomorrow’s hearing, was filed before a separate court as the amount in dispute is lower. The tax cases are predicated on the blatantly absurd claim that Rappler Holdings Corporation, the news outlet’s holding company, is a “dealer in securities”.

An arrest warrant for Ressa in the Pasig case was issued on December 2, 2018. She presented herself at the court the next day and posted bail in the amount of 60,000 Philippine pesos (about 1,000 euros).

Ressa, who is a dual citizen of The Philippines and the U.S., currently faces 8 active legal cases intended to harass her and Rappler. Last month, a court convicted Ressa and former Rappler writer Reynaldo Santos Jr. on a politically motivated “cyber libel”s charge and sentenced them to a maximum of six years in prison as well as around 7,000 euros in damages.

Ressa’s fellow IPI Board members issued a joint statement of solidarity with her earlier this year and noted the charges were part of “larger assault on press freedom in The Philippines” that undermined the “Philippine public’s right to access and receive independent news and information”. 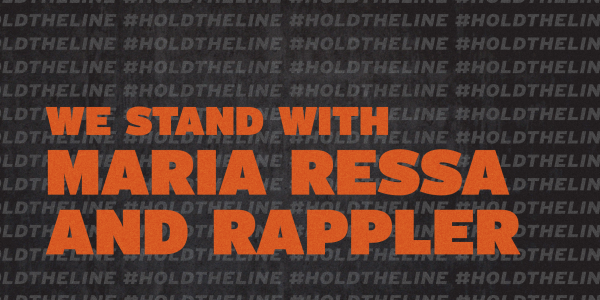