The International Press Institute (IPI), a global network of editors, media executives and leading journalists for press freedom, today condemned attacks on journalists in Guinea during parliamentary elections earlier this month and urged the authorities to investigate the attacks and hold the perpetrators to account.

On March 22, delayed parliamentary polls and a constitutional referendum were held in the West African country. In the run up to the polls and on the polling day journalists came under attack from the police as well as groups belonging to different political parties. On the eve of the elections, reporter Amadou Tidiane Diallo, who works for the news website Objectif224, was arrested by the police and detained overnight. He was covering clashes between some protesting youth and the security forces. Diallo was released the next day after an outcry.

On the morning of March 22, a group of journalists covering the polls was attacked by hostile youth protesting the elections. Mohamed Doré, a journalist working for Guinéematin.com, sustained a cut on his scalp when he was hit with a metal object. The other journalists attacked were Thierno Sadou Diallo of Médiaguinée, Amadou Oury Baldé of Radio Bonheur FM, Mariama Ciré Diallo OF Ledjely.com and Maimouna Barry of Média d’Afrique.

“The attacks on journalists covering the election should be immediately investigated and groups responsible for it brought to justice,” IPI Director of Advocacy Ravi R. Prasad said. “Any delay in investigations into the attacks would increase the vulnerability of journalists and media outlets to further violence.”

The Media Foundation for West Africa (MFWA) recorded a series of attacks on the media as well as dissidents related to the election and referendum over the nine-month period leading to the polls. According to MFWA, about 27 violations of press freedom, freedom of expression and freedom of assembly took place between June 2019 and March 22 this year.

Guinea has seen widespread protests against the planned constitutional changes for several months. Parliamentary polls and the referendum were first planned to be held at the beginning of March. However, they were postponed on short notice and new protests broke out.

The constitutional referendum was highly controversial, as opposition parties feared that the new constitution would allow 82-year-old President Alpha Condé, who was elected for the first time in year 2010, to govern for 12 more years.

“A long period of strongmen administration has prevented Guinea from establishing any credible democratic culture and institutions, which has negatively affected human rights including freedom of assembly and press freedom”, Muheeb Saeed, senior programme officer for MFWA, told IPI. “Attacks on journalists as well as arbitrary arrests and detentions of media personnel are common and impunity for such violations is entrenched.”

According to Saeed, most of the violations related to elections polls against journalists have been committed by the security forces like police and military. 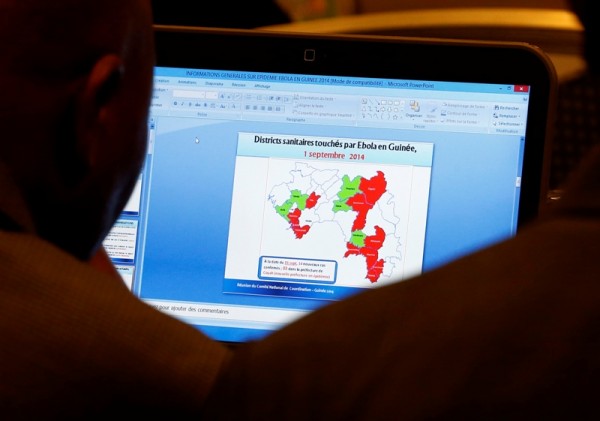