Also: US press under fire while BLM protests test journalism globally and how IPI members meet the challenge of Covid-19

The IPI Global Network is engaging in two big press freedom campaigns that matter, and we need your help. There’s the attacks on Maria Ressa and Rappler, found guilty in a baseless “cyber-libel” case on June 15, 2020. And there’s the United States where four years of “enemy of the people” rhetoric has made journalists a target in the Black Lives Matter protests.

have been found guilty on June 15 verdict in a spurious “cyber-libel” case, one of, count’em, 7 other criminal complaints pending against her!

As IPI Executive Board chair Markus Spillmann has declared:

“Let us be clear: Maria Ressa has been convicted for her fearless journalism and speaking truth to power. This ruling serves as a warning to all independent journalists in the country. The global IPI community stands behind Maria Ressa and we will support her fight for justice and for the right to do her work freely.”

“The 7 other cases filed against Maria Ressa, the founder and editor of the online news site Rappler, are a transparent attempt to silence her and shut down Rappler in retaliation for its critical coverage of President Rodrigo Duterte and his administration.”

Can you lend your voice to help push back? We’ve put together a campaign tool box here to help you find background information, suggested posts for Twitter and Facebook supporting Maria and graphics that can be used to accompany the tweets and Facebook posts.

Our national committees have written directly to the Philippines embassies in their country.

And, of course, we’re all journalists: Maria’s story is worth covering! If you’re interested, we’ve recorded a conversation with Maria about this case that you can view here.

The Black Lives Matters protests are not only seeing journalists under attack from police. They are also forcing us to re-think what our newsrooms should look like and how our journalism should be shaped to meet the challenge of now.

Normally, we look to our friends in America to stand up in support of press freedom around the world. Now, we all need to stand up for them. The IPI North American Committee has issued a powerful statement condemning the attacks: “Any officers who abuse their powers to assault journalists should be held accountable for illegal actions to the full extent of the law.” IPI has also signed on to letters of protest coordinated by the global press freedom groups including our long-term partner the New York-based Committee to Protect Journalists. They’ve collaborated in the Press Freedom Tracker, which has already identified over 300 incidents at the George Floyd protests.

Keep an eye on them and share the statements.

Meanwhile, we’re organising a special webinar of on-the-ground journalists that asks: how should we witness the protests? Watch this newsletter for scheduling details.

Covid-related media violations are a global problem. Our IPI tracker has now identified 338 cases where media rights have been infringed under pretext of the Covid-19 emergency. Our advocacy team has deepened the data analysis on the tracker to get an even better picture of just how these violations are impacting journalism, both by region and by type of violation. The tracker has already proven critical in global advocacy efforts.

Now IPI has launched, together with press freedom and journalism partners, a new safety resource to help news organizations respond to the extraordinary challenges brought on by the Covid-19 pandemic, with a focus on the safe commissioning of freelance journalists. The Covid-19 News Organizations Safety Protocols provide newsrooms and commissioning editors with practical guidance on how to cover the pandemic professionally and in a way that minimizes risk, including crisis management, communications, hygiene and mental health. It also includes best practice around key freelance issues such as accreditation, PPE, insurance and expenses.

Back before the pandemic, news media were already evolving towards a business model that increasingly sourced its revenues from their readers, usually through some mix of subscriptions and paywalls. In talks with IPI members, we’ve found plenty of big questions.

And here’s another good news example from within the IPI network: In the Czech Republic, Reporter Magazine responded to the decline in advertising by boosting the journalism they do best and launching a new daily interview subscription product, supported initially by a crowdfunding campaign that raised four times their target.

At the same time, conversations with leading traditional players in big media centres like Delhi, Karachi, Seoul and Jakarta, reveal the extent to which shut-downs have disrupted print distribution, driving audiences on-line and triggering a decline in print circulation. In India, the world’s largest newspaper market, publishers estimate that print circulation is down by half as vendors close and apartment blocks are locked up. In some countries, fear of the spread of the virus through the printed newspaper is having a real impact on circulation.

The big question is what happens as we emerge from the Covid-19 shock? Has the boom brought forward growth we would have experienced sooner or later (which is the working theory of Netflix’s Reed Hasting)? Or has the deepened interest in news taken subscriptions to a new level (the hope of just about all of us)?

Of course, the shock hasn’t created the disruption. But it has turbo-charged it. In Taiwan, for example, the shock has forced the United Daily News to finally close its evening paper which was already under stress from declining advertising and circulation.

To share experiences, the IPI Global Network is pulling together an on-line session:  It’s not a wall: it’s a door – paywalls, subscriptions and other reader revenues for news media. Keep an eye out here for scheduling.

As the global voice of the network, IPI has been active in on-line events over the past week sustaining the argument for press freedom and democracy.

We looked into the continuing democratic crisis in Hong Kong where the new security law approved by China’s National People’s Congress is deepening the threat to democracy and press freedom. Watch the video recording here.

The IPI has tracked 16 countries that have passed new laws targeting misinformation about the virus and our interactive map is available here. Together with the European Foundation for Democracy we explored here how the promotion of independent, critical, pluralistic and professional journalism is a much better remedy for the ills of disinformation by providing sound and fact-based information.

Our Director Barbara Trionfi joined with UN Special Rapporteurs and other international media organisations in a call for full protection of journalists, and effective investigations that resulted in prosecution and punishment of those responsible for attacks on journalists. See the recording on YouTube here. 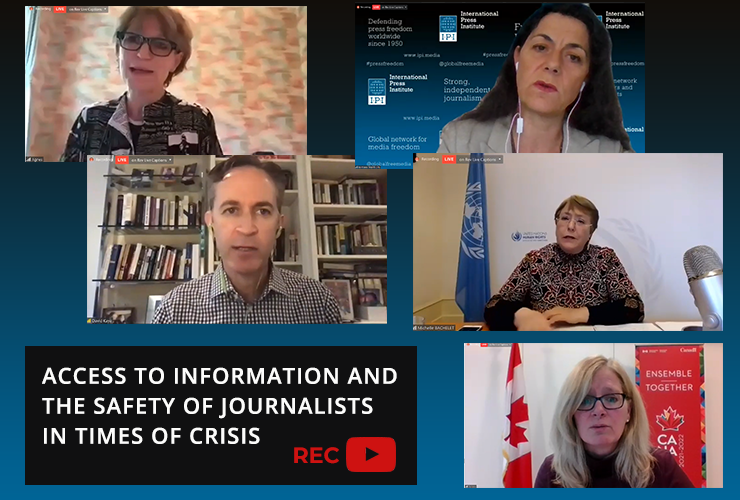 We are thrilled to welcome Tim to the IPI team where he will manage our IJ4EU cross-border journalism programme. 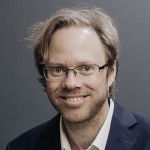 Tim is himself a journalist, editor and media development specialist who was most recently Founding Editor of the Reporting Democracy cross-border journalism platform and Editor of the Fellowship for Journalistic Excellence at the Balkan Investigative Reporting Network. Reach out to Tim with any thoughts or questions you might have about the IJ4EU at tlarge[at]ipi.media.