The International Press Institute (IPI), a global network of editors, media executives and leading journalists for press freedom, and several partner media organizations today launched a cross-border cooperation to highlight attacks on journalists in South Asia to create public awareness and influence policymakers to end impunity for crimes against journalists.

The project entitled “Covering and investigating attacks against journalists in South Asia: a Cross-Border cooperation” is unique, as it is the first time that media organizations in Bangladesh, India, Pakistan and Nepal are coming together to report about the killings, attacks, harassment, and intimidation of journalists in these South Asian countries. It is the first such collaboration by media outlets in the region.

“We are excited at the prospect of working with some of South Asia’s most respected news organisation to give visibility to the attacks that journalists face in the region as well as their consequences on people’s right and ability to be informed”, IPI Executive Director Barbara Trionfi said. “We are deeply grateful to our members in the region for their commitment to journalist safety as a foundation for quality, independent journalism in their countries and worldwide.”

News organizations partnering with IPI are IPI members The Daily Star in Bangladesh, The Week – Malayala Manorama in India, Dawn in Pakistan, as well as Nagarik (Nepali) and myRepublica (English) in Nepal.

The media partners will gather information about attacks on journalists and the impunity for crimes against journalists in their respective countries. Throughout the year, the participating newspapers will cover the issue of journalist safety through different journalistic formats, in line with their editorial policies. Special attention will be given to attacks against women journalists. The partners will also publish in-depth reports on the topic. All the stories and reports will be shared for publication by participating news organizations.

IPI,  based on its long experience of evidence-based policy influencing through communications, public campaigning and direct engagement with policy makers, will engage with like-minded organizations in South Asia and around the world to raise awareness about the challenges journalists face in these countries and call for effective strategies to create the conditions for journalists to work safely and without fear of retaliation.

The stories and reports will form the basis of IPI’s global advocacy to bring about evidence-based change by developing advocacy briefing papers, social media campaigns to influence policymakers. Along with partners, IPI will organize meetings with policymakers in the four countries to present the findings of research and seek desired changes.

Read what our partners say about the collaboration:

“South Asia has witnessed a rapid decline in press freedom and safety of journalists. At least seven journalists have been killed in the four countries this year and investigations in earlier killings remain pending. Governments have brought in laws and used draconian acts to stifle press freedom. The collaboration between publications in the region will shed light on this grave situation and allow us to highlight the challenges that we journalists face. The Daily Star looks forward to working together with partners in this endeavour.”

“THE WEEK magazine considers it a sacred obligation to be part of a thoughtful media partnership with IPI and UNESCO to investigate attacks against journalists in South Asia along with three other publications in the region. THE WEEK has been proud of standing by courageous journalists who risk their lives for truth and freedom, both of which are vital to the magazine’s own existence as an honest and unbiased publication, as well as to the growth of good journalism in India, a country that has seen a number of attempts at silencing journalists in modern times. THE WEEK feels this sense of responsibility all the more acutely, because it is India’s largest circulated English newsmagazine audited by ABC and because it is proud of being part of a 132-year-old media group, Malayala Manorama, that spoke against tyranny and was proscribed for nine years during the Indian independence movement.”

“This cross-border collaboration is an excellent initiative. Safety of journalists is a common cause for all of us, and I am quite confident that together we will be able to highlight the issue of threat to journalists and journalism not just in our own countries but in the whole of South Asia.”

“It’s an important and timely effort to highlight the issue of safety of journalists in South Asia. I see it as an opportunity to reflect on difficulties of doing journalism. Happy to be part of the initiative.” 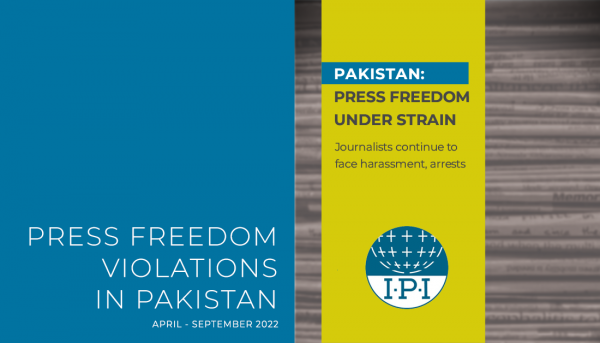