Blood stains inside the car of journalists who came under alleged Azeri shelling in the town of Martuni in the self-proclaimed Nagorno-Karabakh Republic. 01 October 2020. EPA-EFE/Hayk Baghdasaryan

The International Press Institute (IPI), a global network of editors, media executives and leading journalists for press freedom, joined 10 partner organisations of the Council of Europe (COE) Platform in raising serious concerns about the risks to physical safety and undue restrictions faced by journalists covering the conflict in Nagorno Karabakh.

Earlier this month, IPI condemned attacks on journalists amidst ongoing fighting between Armenia and Azerbaijan in the disputed region and called for immediate investigations into artillery shelling that had wounded at least five reporters.

Since skirmishes over the ethnic Armenian enclave inside Azerbaijan erupted again last month, at least seven international and local journalists have been injured, some severely, and other TV crews have been shot at or come under fire from shelling.

We undersigned partner organisations of the Council of Europe Platform for the promotion of journalism and the safety of journalists express our urgent and deep concern about the ongoing risks of injury and harm to media workers reporting on the armed conflict inside Nagorno Karabakh.

We are also concerned that arbitrary restrictions imposed by state authorities engaged in the conflict represent undue interference in the ability of journalists to perform their important role of informing the public through free and independent reporting.

We therefore remind the authorities of Azerbaijan and Armenia of the obligations they have undertaken and the guarantees they have made regarding the protection of journalists in situations of conflict and tension, in accordance with International Humanitarian Law and International Human Rights Law.

These commitments are set out in the Committee of Ministers of the Council of Europe’s Recommendation (96) 4 and in UN Security Council Resolutions 1738 and 2222; in particular: 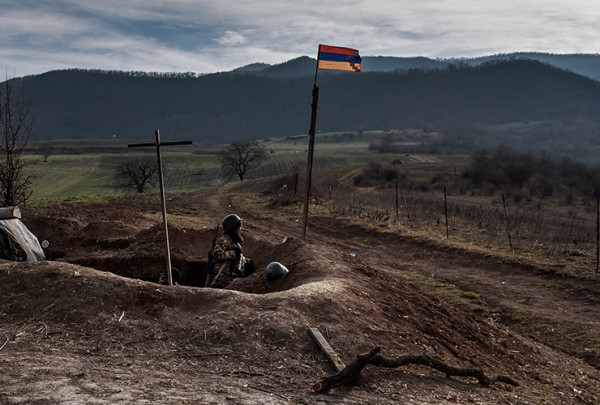