IPI Board Members at the Executive Board Meeting, on Feb. 29, 2020 in Vienna, Austria. Photo/IPI

Gathered in Vienna for their semi-annual meeting, the Executive Board members of the International Press Institute (IPI) – 24 leading editors and media executives from 20 countries – jointly called on the Philippine authorities to end their campaign of harassment and intimidation of fellow Board member Maria Ressa.

Ressa faces a verdict on June 15* in a politically motivated “cyber-libel” trial. She faces up to seven years in prison in the case, one of 9 criminal complaints against her.

The undersigned members of the International Press Institute (IPI) Executive Board condemn in the strongest terms the continued legal harassment of our fellow Board member Maria Ressa ahead of an expected verdict in a spurious “cyber-libel” case, one of 9 criminal complaints pending against her.

The 9 cases filed against Maria Ressa, the founder and editor of the online news site Rappler, are a transparent attempt to silence her and shut down Rappler in retaliation for its critical coverage of President Rodrigo Duterte and his administration.

The harassment of Rappler is part of a larger assault on press freedom in The Philippines under President Duterte. The Duterte administration’s actions against the media gravely violate the fundamental rights to press freedom and freedom of expression, and undermine the Philippine public’s right to access and receive independent news and information.

Maria Ressa is a journalist and editor of the highest calibre. She and Rappler, the recipient of 2018 IPI-IMS Free Media Pioneer Award, have displayed great courage in defending press freedom and continuing to deliver quality news in the public interest. We – editors and media executives from 20 countries on five continents – stand in solidarity with Maria Ressa in the face of the authorities’ efforts to intimidate her and stop her from doing her job, including through the threat of imprisonment.

We also vehemently condemn the vicious online attacks and smear campaigns against Maria Ressa, and other journalists at Rappler which are a further attempt to bully them into silence and deliberately undermine their credibility. These attacks are unacceptable and unworthy of a democratic society.

The ongoing cyber-libel trial against her, set to conclude on June 15, must end with an acquittal. These charges, which relate to an article published eight years ago, are manifestly baseless. The offence of cyber-libel should be repealed to ensure it will not be abused against journalists in the future.

We call on the Philippine authorities to drop all other charges against Maria Ressa and Rappler, ensure that all attacks – online and offline – against journalists are investigated, and stop all forms of harassment and intimidation against the media.

(*) The verdict was originally expected on April 3 but postponed to June 15 due to the Covid-19 outbreak. 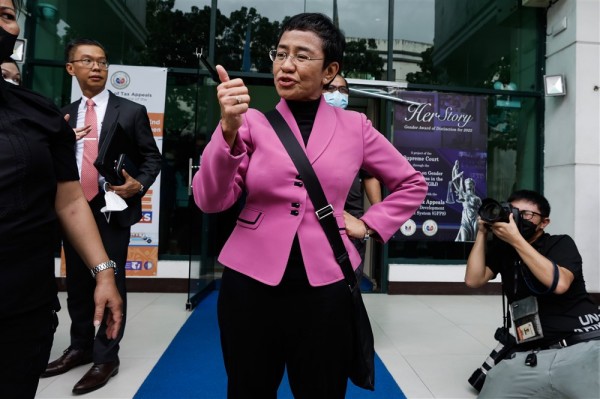