Hussein-Suale was shot dead the night of Wednesday, January 16 by unidentified assailants in Accra, Ghana’s capital, while on his way home from work.

Tiger Eye is known for its undercover exposure of corruption and human rights abuses in Africa, frequently employing tactics such as disguises and hidden cameras. Its head, Anas Aremeyaw Anas, has won fame across Africa for his self-described “name, shame and jail” style of journalism. Hussein-Suale was part of a 2018 Tiger Eye investigation that revealed mass corruption in African football just prior to the World Cup. Anas spoke about Tiger Eye’s work at IPI’s 2018 World Congress in Abuja, Nigeria.

“The brutal murder of Hussein-Suale underscores the grave danger that journalists, especially those who tackle corruption and abuse of power, face in their line of work”, IPI Director of Advocacy Ravi R. Prasad said. “The government of Ghana must swiftly investigate this crime and bring the killers to justice.”

As many as six journalists were killed in Africa last year in connection with their work, according to IPI’s Death Watch. Across the globe, impunity for crimes against journalists remained at a shockingly high level. Analysis of Death Watch data collected since September 2017 shows that in many cases of targeted killings of journalists, investigations are slow, and the perpetrators have not been brought to justice.

Sad news, but we shall not be silenced. Rest in peace, Ahmed. #JournalismIsNotACrime #SayNoToCorruption pic.twitter.com/Gk2Jdgo6Sn

Anas and his team of journalists have received several death threats in the past for their work. Following the killing of his colleagues Anas posted a video on Twitter showing a Ghanaian lawmaker, Kennedy Agyapong, singling out Hussein-Suale during a video appearance last year. In the video, Agyapong shows photographs of Hussein-Suale and calls for him to be assaulted. 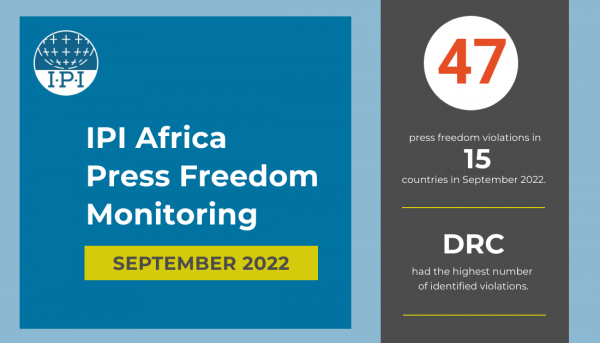