Demonstrators gather near a road where soldiers and armored vehicles are deployed during a protest outside the Central Bank of Myanmar (CBM) in Yangon, Myanmar on Feb. 15, 2021. EPA-EFE/LYNN BO BO.

The International Press Institute (IPI), a global network of editors, media executives and leading journalists for press freedom, today vehemently condemned the arrests of journalists in Myanmar as the country’s military cracks down on growing protests.

According to news reports at least five journalists were arrested by security forces in the northern part of the country on Sunday, February 14. Among the detained reporters were Mizzima News reporter Sai Latt Aung; Eternally Peace News Network (EPN) reporters Ko Wai Yan and Ko Yan Kaung; and editor Htoi Awng and cameraman Naw Seng of Myitkyina-based outlet The Media 74.

All of the journalists are based in Myitkyina, the capital of Kachin State, and had been covering anti-coup protests in the city. Before the arrests, the authorities reportedly used tear gas and then opened fire against protesters to disperse the crowd.

“We are extremely concerned that journalists will be increasingly targeted as Myanmar’s military cracks down on the protests against its destructive coup”, IPI Deputy Director Scott Griffen said. “We condemn the arrests of journalists in Myitkyina and call on authorities to refrain from any other efforts to prevent journalists from doing their job. The international community must make clear that violence against the press and jailing of journalists is unacceptable.”

The journalists were released on the morning on February 15, reportedly after being forced to sign a document saying they wouldn’t violate a military-imposed curfew banning gatherings of more than four people. Media 74 confirmed the release of its journalists on their Facebook page.

Journalists in Myanmar have faced increasing pressure since the February 1 military coup. Soe Myint, the editor-in-chief and founder of Mizzima, said at IPI’s online press briefing on February 8, that for their own safety many journalists had gone “underground” and changed their locations multiple times already. “They will come against anyone supporting the news and spreading information”, he said, adding that arrests of reporters were likely to come.

The military seized power on February 1 after detaining the country’s civilian leader, Aung San Suu Kyi, and President Win Myint. A statement issued by the military said that power had been handed over to commander-in-chief Ming Aung Hlang because of “election fraud”.  IPI has called on the country to immediate reverse course and guarantee democratic rights. 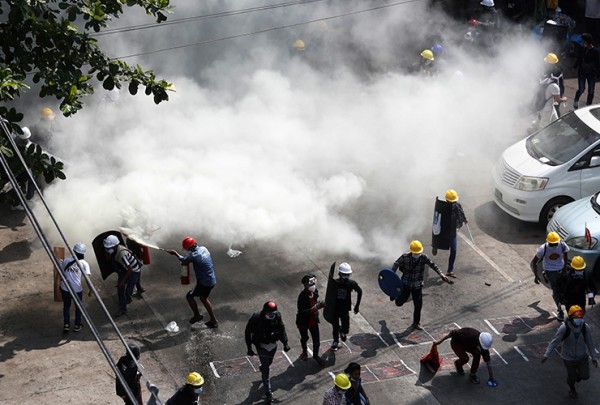 Myanmar has charged six journalists, including a correspondent for the Associated Press, w…
Read More