Choy was targeted over her investigation into police misconduct

Riot police guard a road with a water canon truck during a rally against a new national security law on the 23rd anniversary of the establishment of the Hong Kong Special Administrative Region in Hong Kong, China, July 1, 2020. EPA-EFE/MIGUEL CANDELA

Choy Yuk-ling was arrested on November 3 on charges of violating Hong Kong’s Road Traffic Ordinance after she searched through a government vehicle database. Choy accessed the database as part of an investigation on possible police misconduct in connection with a violent gang attack on pro-democracy protesters on July 21 last year. The investigation was broadcast in July of this year on  RTHK.

“The arrest of Choy Yuk-ling is a further sign that Hong Kong, under China’s direction, is extending is crackdown on press freedom”, he said. “Choy Yuk-ling was conducting an investigation in the public interest. These charges should be immediately dropped.”

The arrest was criticized by a pro-Beijing lawmaker, Michael Tien, who faulted the Transport Department of changing the criteria for accessing vehicle databases.

Choy’s documentary revealed the police had allowed men armed with sticks, metal rods and bats to attack demonstrators returning from pro-democracy demonstrations. The attack took place in July 2019 in the area of Yuen Long.

Choy’s employer, RTHK, tweeted that the arrest has worried their staff but the station’s chief vowed that they would continue their free and critical reporting.

The arrest of Choy follows the tightening of restrictive measures enacted by the authorities on In Hong Kong following the passage of a widely criticized “national security” law. The law gives wide-ranging powers to the security officials and it has been seen as subverting the autonomy of Hong Kong under the direction of the communist party ruling mainland China.

The law includes vague definitions for crimes and violations which have been used to target activists and journalists on the island. It also allows authorities from mainland China to operate on the territory, which had enjoyed wider freedoms compared to the mainland. 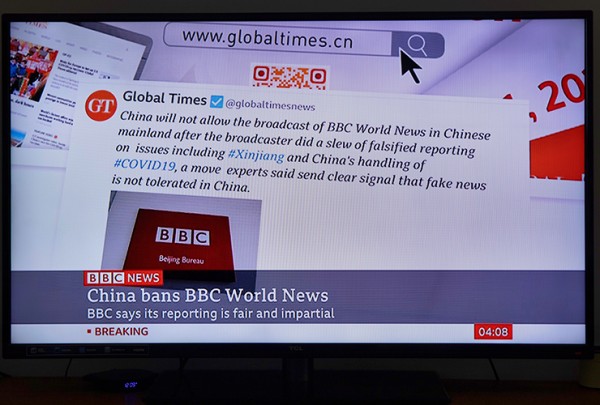