Denounces arrest of two journalists on eve of election

The International Press Institute (IPI), a global network of editors, media executives and leading journalists for press freedom, today condemned Algeria’s decision to cancel the operating licence of France 24 and urged the government to immediately re-grant the license.

IPI also denounced the recent arbitrary detention of independent Algerian journalist Khaled Drareni and Ihsane El-Kadi, the director of a pro-reform radio station, on the eve of the country’s parliamentary election.

The Algerian government yesterday cancelled the accreditation of France 24 because of what a government spokesman described as “clear and repeated hostility towards our country and its institutions” through its coverage of anti-government protests.

The spokesman also baselessly claimed that the French state-owned international news television network had failed to uphold journalistic standards and ethics, saying it “practises disinformation and manipulation in addition to confirmed hostility against Algeria”.

The decision by the communications ministry to revoke France 24’s license came the day after Algeria held parliamentary elections on Saturday which were boycotted by 70 percent of the electorate amidst widespread voter dissatisfaction, according to official figures.

“The decision to revoke the license of France 24 a matter of hours after legislative elections is a direct attack on press freedom aimed at supressing international reporting on Algerian affairs and the country’s opposition movement”, IPI Deputy Director Scott Griffen said. “We urge the communications ministry to revoke its decision and re-grant France 24 its license without delay. The broadcaster must be free to operate in Algeria without regulatory pressure and harassment.”

He added: “IPI also strongly denounces the arrest and interrogation of journalists Khaled Drareni and Ihsane El-Kadi, who were thrown behind bars in a cynical attempt to suppress critical coverage and silence one of Algeria’s main symbols of the fight for press freedom ahead of the vote.”

In a statement issued today, France 24 said that it was surprised that the government had not provided any explanation for cancelling the accreditation. “We cover Algerian news transparently, independently and honestly, as is the case with all countries we cover”, the channel said.

The Algerian government had given the channel a final warning on March 13 for its coverage of the Friday marches by the anti-government protest movement, Hirak, which organized the election boycott.

Drareni and El Kadi were arrested by security services on Thursday June 10 and interrogated before being released on Sunday, the day after the election. Both later described their arrest as an act of judicial harassment and intimidation.

Drareni, a well-known television presenter in Algeria and the Algerian correspondent for Reporters Without Borders, was released on 19 February this year after nearly a year in custody. He was previously sentenced to two years in prison for “inciting unarmed gatherings” and “undermining national unity” – a decision strongly condemned by IPI and other international media freedom groups at the time. 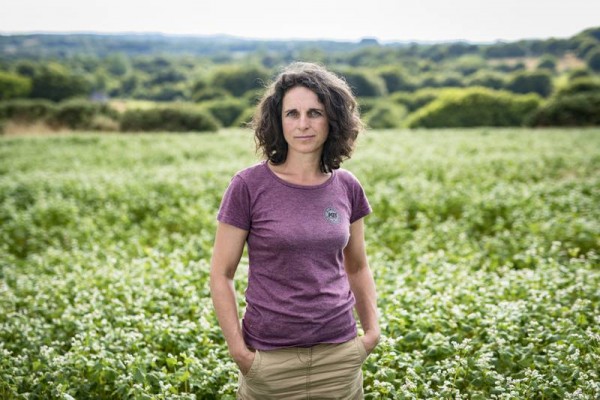 France: Attacks on journalists reporting on agro-business in Brittany