Authorities provided no explanation for the move, which comes just two days ahead of anti-government protests planned for Monday.

The IPI global network of leading editors and journalists strongly condemns the decision by Cuban authorities to revoke the press accreditation of all journalists for the Spanish news agency EFE and urges the government of President Miguel Díaz-Canel to swiftly reverse this decision.

According to EFE, Cuban authorities revoked the accreditation of all its staff on the island, including three reporters, one cameraman and one photojournalist, on Saturday, November 13 without any explanation and until further notice. The decision came 48 hours before the Civic March for Change in the island, expected for Monday, November 15. The demonstration is organized by the opposition group Archipiélago and follows the anti-government protests that broke out last July 11.

“EFE news agency is one of the world’s most trusted sources of news and the leading agency in Spanish-speaking countries. The move to revoke the press accreditation of all EFE media workers is a blatant attempt to restrict independent coverage of events on the island”, IPI Executive Director Barbara Trionfi said.

“We call on authorities in Cuba to reverse this decision and allow EFE journalists on the island resume their work immediately. Especially at this time of political turmoil in the country it is vital for people in Cuba and around the world to receive accurate and balanced news”, Trionfi added.

This is the first time that Cuba has revoked the accreditation of EFE’s journalists or those of any other large international news agency.

A series of anti-government protests began in Cuba on July 11, when hundreds of Cubans took to the streets in the biggest demonstrations on the island for decades. The protests were triggered by an acute economic crisis and accusations that the government had mismanaged the COVID-19 pandemic. Authorities clamped down on protesters and detained dozens of protesters and journalists.

More on press freedom in Cuba: 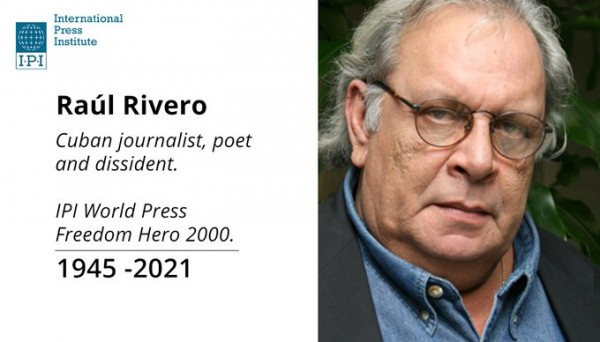