President of Ghana Nana Akufo-Addo looks on during his official inauguration ceremony as president in Accra, Ghana, on Jan. 7, 2021. EPA-EFE/CHRISTIAN THOMPSON

The International Press Institute (IPI), a global network of editors, media executives and leading journalists for press freedom, today condemned the continued lack of progress of the investigation into the 2019 murder of Ghanaian investigative journalist Ahmed Hussein-Suale.

Hussein-Suale, a 31-year-old investigative journalist working for Tiger Eye, was shot dead on January 16, 2019, by unidentified assailants, while on his way home from work in Accra, the Ghanaian capital. A month later, police arrested six persons on suspicion of their involvement in the killing, but all of them were released for the lack of evidence.

In a letter to newly inaugurated President Nana Addo Dankwa Akufo-Addo, IPI appealed for the president’s immediate intervention and urged him to direct the police to expedite the investigation and bring the perpetrators to justice.

The International Press Institute (IPI), a global network of editors, media executives and leading journalists for press freedom, would like to congratulate you on your re-election as the President of the Republic of Ghana.

While the recent elections are a testimony to a strong democracy, we urge you to strengthen press freedom and safety of journalists in the country.

In particular, we would like to take this opportunity to bring to your notice the inordinate, unexplained delay in the investigations into the killing of Ahmed Hussein-Suale, an investigative journalist working for Tiger Eye.

On 14 January 2019 Hussein-Suale was shot dead by unidentified gunmen in Accra, as he was on his way home. A month after the killing police arrested six persons, but all of them were released due to lack of evidence. Since then, little progress has been reported about the police investigations. Moreover, as the police have not provided any further information, there is no clarity about the reasons for the delay in the probe.

We find the impunity in this case extremely disturbing. IPI has repeatedly urged your government to direct the police to bring the perpetrators to justice. The failure to investigate the murder of journalists casts a chilling effect on the press, preventing it from fully exercising its democratic function and denying the public’s right to information. The lack of progress in the investigation seriously undermines Ghana’s commitment to press freedom.

We therefore urge your immediate intervention in this case to order the police to expedite the investigation.

We fervently hope that under your leadership journalists will be able to work without fear and thereby continue to strengthen democracy in Ghana. 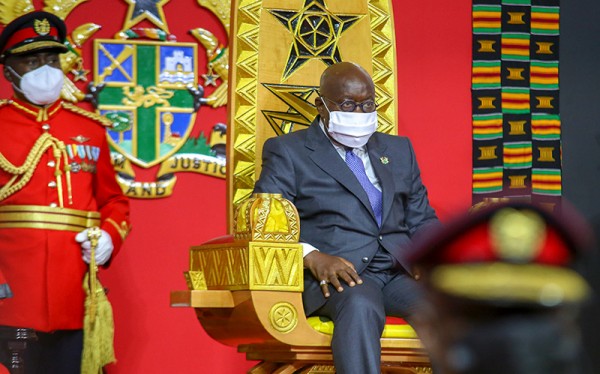