They’re the new lords of the manor — or at least, lords of the apartment block: investment funds and other corporate landlords that have bought up swathes of housing across Europe, all in the name of juicy profits.

And with that land grab come tales of transformed cities, abusive practices and hardship for renters, even as the pandemic puts extra strain on Europe’s volatile housing market.

But how to quantify this massive flow of corporate investment into accommodation? And how to tell a story that affects millions of renters across the continent in myriad ways?

That was a challenge facing Jose Miguel Calatayud and his team of 25 journalists and data experts from 16 countries as they began Cities for Rent, a project supported by the International Press Institute’s IJ4EU fund for cross-border investigative journalism.

“Often, many collaborative investigations start already with some data; either there was a leak or the data was available,” he told IPI in an interview. “We started from a position of no data, which makes it really uncertain because what if we don’t find the data or what if we don’t find enough data to tell proper stories?”

In the end, they created an entire dataset from scratch, reaching out to sources ranging from municipal authorities to housing corporations and private companies.

The goal was to build up a comprehensive picture of the changing face of corporate landlordship in big cities including Madrid, Dublin, Lisbon, Paris, Copenhagen, London, Berlin, Oslo, Milan, Zurich, Vienna, Prague and Athens.

A short introduction to #cities4rent, an investigation into corporate landlords across Europe

Coordinated by @journalismarena, this project involved 25 reporters in 16 countries, with support from our #IJ4EU fund for cross-border investigative journalism#MediaEU @MediaEU pic.twitter.com/0nmBqagctP

Along the way, they did what they could to plug the gaps — which betrayed alarming blindspots among local authorities.

Catalayud, a Berlin-based investigative journalist, cited the example of Paris, where the local government has been trying to control the short-term rental market that is synonymous with Airbnb.

“My colleagues in Paris got an interview with the deputy mayor who was in charge of housing, and they were surprised at how little he knew [about the big landlords and housing trends], which was basically nothing,” Catalayud said.

“So public authorities in that respect were not very helpful. We hope that our work has started internal conversations in local governments saying, ‘We need this kind of data.”

On the flipside, Catalayud was surprised at how responsive some of the big corporate landlords were when it came to sharing documents. “I was expecting less collaboration from all these different sources,” he said.

The team spent endless hours scrolling through documents to draw conclusions about the current state of the housing market in Europe — a task magnified by the sheer scale of the collaboration.

As project coordinator, Catalayud had to keep everything in order to make sure everyone in the group remained informed and motivated throughout the process. That wasn’t always easy.

For one thing, the COVID-19 pandemic scuppered the team’s plans to meet up, get to know each other and compare notes. Instead, everything had to be done online via email and various open-source platforms.

Secondly, the group of freelancers and staff journalists represented a mix of different working cultures and habits.

“It’s not the same with colleagues in Norway as colleagues in Italy or Spain. It’s not better or worse, but just that they’re different in the way they work their resources,” Catalayud said.

“Those from central and northern Europe normally have more resources at their disposal. So that also made it complicated. But again, it was a great learning experience.” 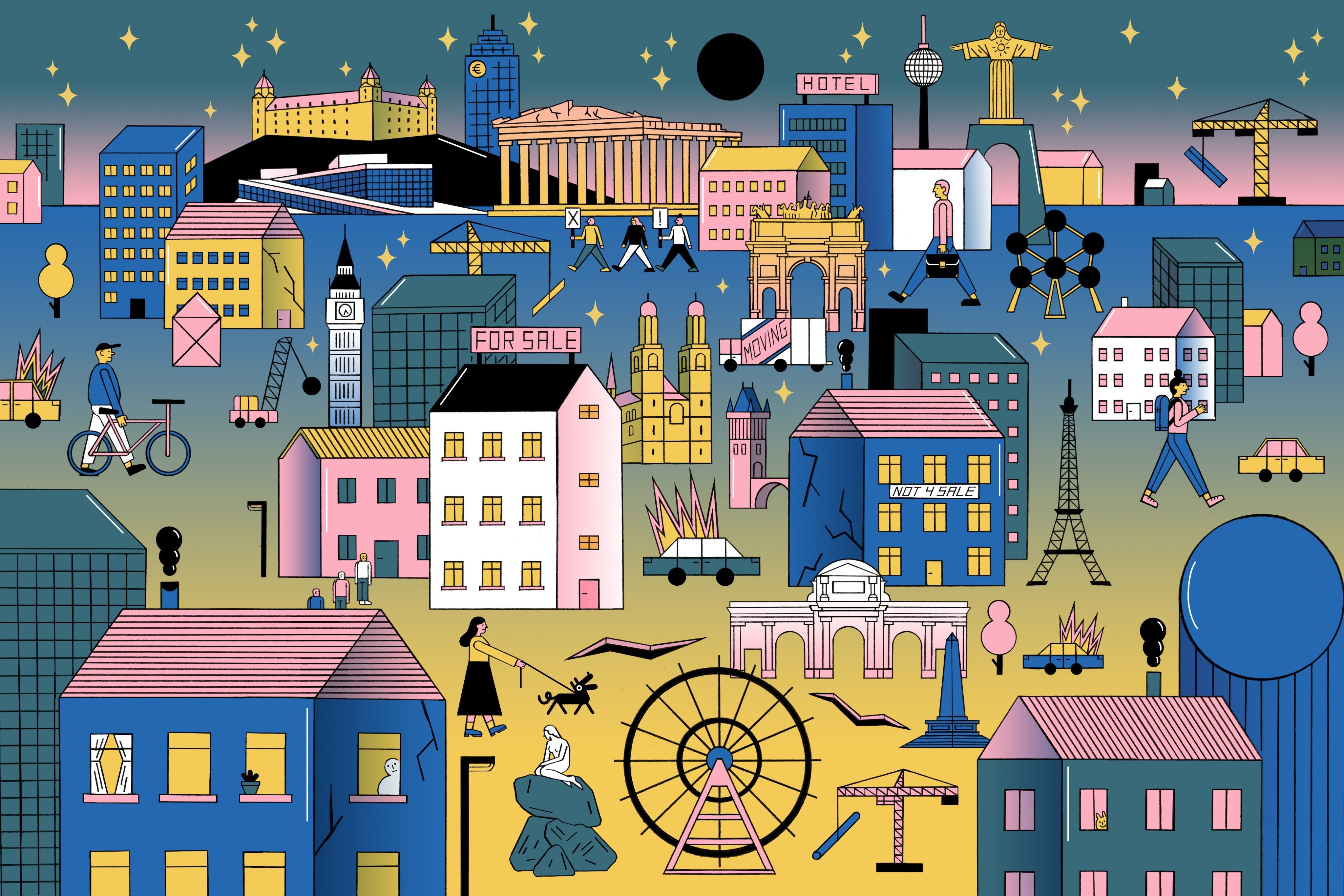 The team published its first articles at the end of April 2021 after seven months of intense work. As of mid-June, it had published around 60 stories in eight languages as part of the Cities for Rent series.

It seems the stories have resonated with audiences.

“I’ve had people who came to me and said, ‘Thank you and your colleagues for your work,” Catalayud said. “Now I understand what some of the forces are behind this phenomenon.”

All of which is music to the ears of a journalist like Catalayud.

“Because that is exactly the goal, for us to provide the public with the tools to have public conversations about this.”

Visit the IJ4EU site to see all the stories in Cities for Rent.