India: Authorities should drop criminal complaint against The Wire and two journalists

India should stop legal harassment of media organizations and journalists

Authorities in the Indian state of Uttar Pradesh should drop criminal complaints against news outlet The Wire and two journalists over their coverage of a recent assault case, the IPI global network said today.

The Uttar Pradesh police yesterday filed cases against The Wire, as well as AltNews reporter Mohammad Zubair and journalist Rana Ayyub for a news report and tweets about the assault of an elderly Muslim man on June 5 in Ghaziabad district.

According to media reports, the charges include provocation to riot, promoting enmity between different groups and committing acts intended to outrage religious feeling. The Wire had reported that the elderly man, Abdul Samad, had been kidnapped by a group of men who beat him and cut off his beard.

The police report claimed that the tweets in question “were done with the intent of disturbing peace in the society. The tweets not only created tension but also invoked fear among a particular community in Uttar Pradesh.”

“The filing of criminal complaints has become an all-too-common method of harassing independent journalists and media in India”, he said. “News coverage and the sharing of information about events in the public interest as they happen is not a crime. We urge the authorities in Uttar Pradesh to swiftly drop these complaints, and call on the Indian government to stop the ongoing attempts to harass and intimidate the press through criminal charges and court cases.”

In a statement sent to IPI today, The Wire condemned the registration of the criminal case by the UP Police. “The Wire condemns the registration of a criminal case by the UP Police over a news story and tweet based on accurate and truthful reports, by many media organisations, of what the victim of the crime has himself said about the incident. The FIR is an attempt to criminalise the reporting of anything other than the official version of events”, the statement said.

The Wire, an independent news website, has been repeatedly targeted by the police. This year alone three cases have been filed against the media outlet and its editor-in-chief, Siddharth Varadarajan.  On January 30, police in Uttar Pradesh filed a first information report, known by its acronym FIR, against Varadarajan for tweeting a story from The Wire that included statements given by the family of the farmer who died during recent farmers’ protests. A day later, The Wire and one of its staff members, Ismat Ara, were added to the FIR.

Legal harassment against journalists in India is on the rise. Several cases of sedition have been filed against journalists for their critical reporting about the national and state governments in the country. On January 28, six senior journalists were charged with sedition for reporting on an alleged shooting by police officers during a tractor rally coinciding with India’s celebration of its 72nd Republic Day that led to the death of a farmer. 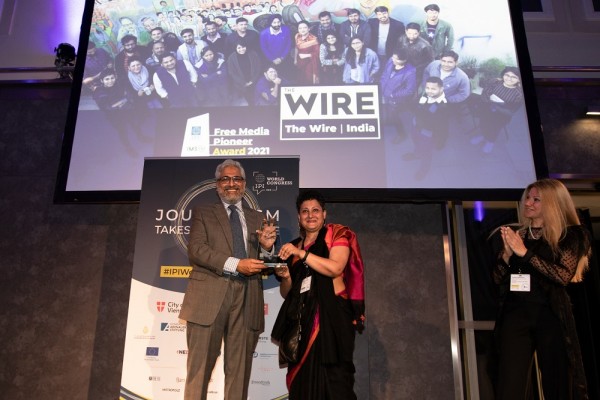