“If you want to get rid of independent and public media, the first thing you have to do is convince the people that it is not needed”, Nina Horaczek, chief reporter for the Viennese weekly Falter, told the International Press Institute (IPI) in a recent interview. It’s an objective that appears to be a driving force behind some of the online campaigns designed to discredit the work of critical journalists covering far-right extremism in Europe.

The shape these concerted efforts adopt differs based on the particular context in each country. “In Austria, online abuse and disinformation campaigns go hand-in-hand”, Ingrid Brodnig, author and columnist for the Austrian weekly Profil, said.

Attacks on journalists like Horaczek who regularly cover right-wing extremism follow a pattern, experts say. Hyper-partisan sites with close links to far-right parties in Austria first publish a hit piece against the journalist in question, offering a mixture of half-truths and falsehoods and portraying the journalist as a mouthpiece at the service of an alleged left-wing conspiracy. “This article will be the torchlight that their followers would turn to know whom to target”, Brodnig said. “And then, the avalanche of threats and aggressive messages will fall onto the journalist on social media platforms.”

Gender matters, too. While journalists of all genders are targets of these campaigns, the attacks on female journalists contain a level of virulence and sexualized abuse unseen in the case of their male colleagues. “Once I got a message that read ‘you should be raped by 100 refugees’”, Horaczek said. “I also often receive emails with similar messages every time that I report on the (Austrian far-right) Freedom Party and I’m not the only one.”

Along with intimidating messages, far-right acolytes have in some cases doctored profile pictures of prominent journalists including fake quotes “proving” their biased reporting. Such was the case in 2016 of Ingrid Thurner, an anchor for the Austrian public broadcaster ORF. A politician linked to the Freedom Party of Austria disseminated an image of the journalist publicly stating her support for a candidate affiliated with the Green Party in the presidential election. Thurner sued the politician and eventually won the defamation case. 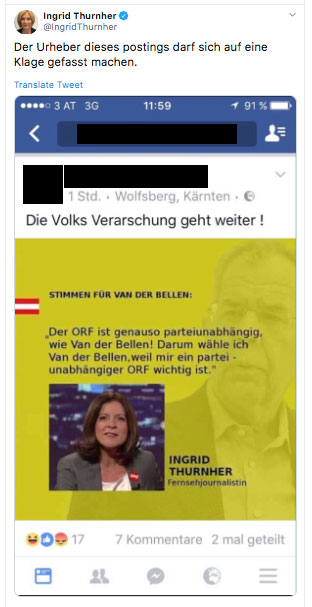 Journalists who report on the far-right say they often receive threats of legal action. Most of the time, however, no suit is ever filed, as journalists take care to follow professional ethics and double check with their legal departments if any part of the article remotely risks being viewed as defamatory.

“In a sense, reporters and media outlets are becoming proficient in navigating these legal warnings”, Brodnig said.”Now in Profil we have very clear guidelines to avoid any kind of libel suits. However, what concerns me are freelancers and bloggers who can’t afford legal counsel eveytime that they publish something. They might not report in fear of legal retaliation.”

“It’s not self-censorship”, Horaczek said, “but sometimes this environment forces you to ask yourself why I am reporting on the Freedom Party, there are other parties that I can write about that are not that aggressive on the journalists.”

Building their own media infrastructure to corner journalism

Horaczek’s article “Propangada War in Europe: The Far-Right Media” dives into the propaganda strategies used by far-right political parties to gain control of the narrative and bash critical media outlets. One of them in which the Austrian Freedom Party (FPÖ) excels is creating its own channels to talk directly to voters and avoid incisive questions from journalists. The article describes how FPÖ-TV, the party’s official video channel, has inspired other like-minded parties across Europe to adopt a similar approach.

“In the future, it’s going to get more complicated for journalists to talk to politicians since they have their own channels where nobody dares to ask difficult questions, to hold them accountable for their actions”, Horaczek explained. “I think that there will be more and more political parties trying to control what we write in the media, and it’s our job not to let them do that”. 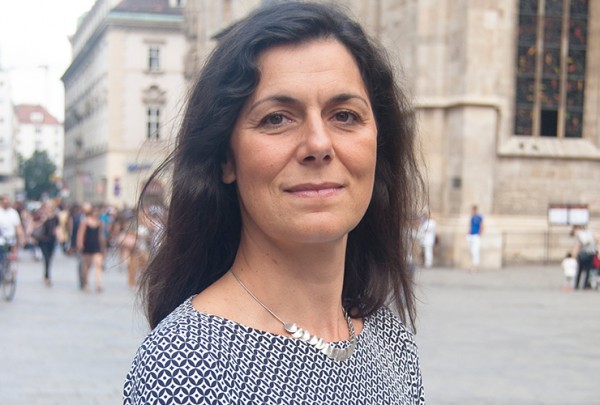 Blog: State support for media: A noble but risky proposition

As news organizations around the world have been recording, on one hand, an increase in au…
Read More 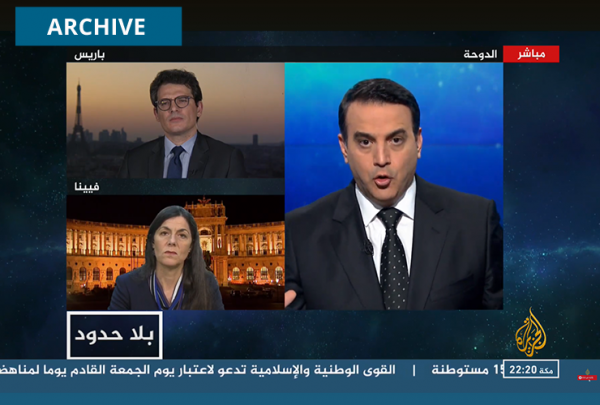