Every now and then cases of child abuse make the news. While the publicity lasts, these stories horrify and disturb people. But these cases often fall into oblivion, even after a week. The Manifold, a team of five journalists from Greece and Cyprus, wanted to find out what happens to children when the scandal around their care quiets down. How dependable is the state infrastructure for child protection?

Between July and December of 2018, the team conducted large field studies investigating different services related to child care in Greece and Cyprus. They visited various state facilities including children’s homes, hospitals, police stations, public prosecutor offices, schools, social services, and other institutes linked to child care. The team also performed 34 separate interviews with experts, social workers, policymakers and survivors, each of which lasted several hours. The project was financially supported by a grant from the Investigative Journalism for Europe (IJ4EU) fund, which promotes cross-border investigative journalism and is managed by the International Press Institute (IPI).

During the field trips the group witnessed various haunting moments. “It is an issue that is completely dark and horrible in every way. There are no happy stories”, Augustine Zenakos, a member of The Manifold, told IPI in a recent interview.

#Greece child protection services ‘disjointed and inadequate’ according to new investigation by journalistic team @The_Manifold, a recipient of the first-ever #IJ4EU grants for investigative journalism in Europe @ECPMF @MediaEu https://t.co/jFmjPO6QJw

One scene, which a source had captured on video footage, has especially stuck in his head. During a visit to an institution for children with disabilities, the team learned that children had spent time over the years tied to their beds or locked in cages. As these children had spent years immobile, it was hard to even evaluate how severe their problems had been at the beginning.

“There was this boy, a teenager, not a child anymore, who had grown up locked in a wooden cage”, Zenakos recalled. “When the cage was finally thrown away, a wild laughter came out of his mouth. It was an incredible moment to witness.”

No one responsible for mistreated children

In December 2018, after the field research and careful studies of child care legislation in Greece and Cyprus, the Manifold published its findings in a series of four articles. Their main finding was startling: in Greece, no one is responsible for abused children.

To be sure, there are over 200 different services that play some role in child protection. But there is no single institution that oversees the whole process. There also lacks an integrated way to communicate among the different actors involved. Even at the political level, four different ministers share responsibility for child welfare.

“The major thing we learned from this project is that there is a mess in the area of child protection”, Zenakos said.

Greece faces challenges in public administration. But Zenakos said the chaos in the child welfare system is unique. General health services and the tax system do not suffer the same level of disintegration. Greece has a unified database that collects the information of all taxpayers. Abused children, by contrast, are not registered anywhere. 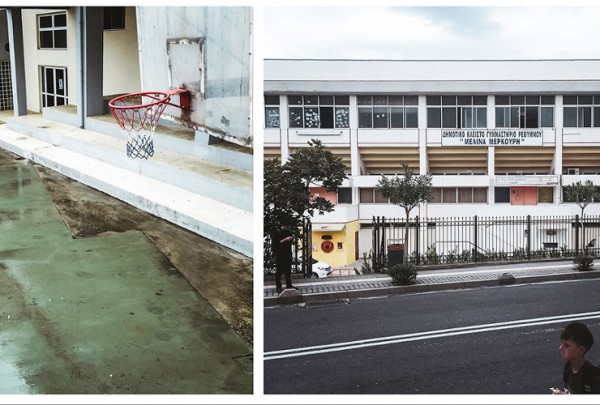 The lack of a coherent system leads to severe mistakes. The Manifold described cases in which there was no follow-up after an abuse case or any support for the victims. Or worse: in one instance, public officials knew about misconduct but allowed it to continue so as to collect additional evidence.

“There was no discussion if the priority should be to protect the children”, Zenakos said.

In another case involving the abuse of two siblings, the girl was kept in state custody but the boy was returned to the abusive parents. No credible explanation was offered for the decision.

Hope in Cyprus, despair in Greece

The Manifold’s articles were widely read and generated a lot of discussion in Greece and Cyprus. In Cyprus, the reaction was more welcoming that in Greece, where municipal authorities, police, local communities and officials in charge of state-run services did not respond positively to their portrayal.

The positive response in Cyprus is linked to the country’s recent developments in strengthening the child welfare system. Cyprus has introduced a unified protocol as well as a new structure called “House of the Child”, which provides a comprehensive way to care for abused children according to international guidelines. While the situation is not perfect – the “House of the Child” provides support to victims of sexual abuse only and not to those who suffered other physical and psychological abuse – progress is still evident.

“Cyprus knows that they have done a good thing, so they are more willing to share their stories from the past as well”, Zenakos said. “It’s easier to talk about how bad it used to be if you’ve already done something about it.”

In Greece the situation looks different. The current government has proposed introducing “child houses”, but finding agreement among the different actors involved has proved complicated. According to Zenakos, every effort to improve the system in Greece has been sunk by various hurdles, from local nepotism to confusing legislation.

“There is no single actor who doesn’t want an improvement”, he said. “Everyone says something should be done. But when something specific is proposed, someone objects, usually at the local level.”

Though the members of The Manifold knew and in some cases had worked with one another in the past, the group originally did not plan to form a permanent team. But the IJ4EU collaboration worked so well that the idea to form The Manifold was born.

“For us this grant was beneficial not just for doing this project, but also for creating this team. It set things in motion for us”, Zenakos said, adding that The Manifold is now seeking funding for two other cross-border investigative projects.

Zenakos pointed out that without funding for investigative journalism, arduous projects like the child welfare investigation would be impossible to achieve. Even big international media outlets have less and less money available for long-term projects. And the problem is worse for media in smaller countries.

“In countries like Greece, it is absolutely out of question to pay for five persons during six months for writing one story”, Zenakos said. Busy media houses do not always see the value of follow-up stories. “They would say, if it is no longer in the news, what is the point?”