Guilty verdicts for masterminds of deadliest attack on journalists in history

Relatives of victims of the 2009 Maguindanao Massacre celebrate with lawyers after the case promulgation in Taguig City, Philippines on Dec. 19, 2019. REUTERS/Eloisa Lopez

The International Press Institute (IPI), a global network of editors, media executives and leading journalists for press freedom, today welcomed the historic guilty verdicts handed down to the masterminds of the single deadliest attack on journalists in modern times.

Today the prime suspects from the powerful Ampatuan family clan accused of carrying out the 2009 Maguindanao massacre in the Philippines were found guilty for the deaths of 58 people, including 32 journalists.

As families of the victims watched on, the verdicts were read out at a detention facility in Taguig, near the capital Manilla, where many of the accused were being held.

Five members of the clan were found guilty for 57 counts of murder and sentenced to life in prison, including the prime suspect Datu Andal “Unsay” Ampatuan Jr, heir of the well-connected political dynasty.

He was sentenced alongside his brother and the other main suspect, Zaldy Ampatuan, a former local governor. A third brother was acquitted.

Three other members of the clan – Anwar Ampatuan Sr, Anwar Ampatuan Jr, and Anwar Sajid Ampatuan were also found guilty. All denied the charges and plan to appeal.

They were sentenced alongside 19 policemen and 19 members of the family’s private army, who received sentences of between six and ten years. More than 50 others were acquitted.

The patriarch, Andal Ampatuan Sr, who served as Maguindanao’s governor from 2001 to 2009, was also charged with orchestrating the attack. However, he died of cancer during the trial. Two other Ampatuans were acquitted.

The verdict, which came just after the ten-year anniversary of the massacre, turns the page on a painful chapter in recent Philippine history and ends a long fight for justice for the victims and their loved ones.

It also marks the end of a sprawling 10-year trial which put the Philippines’ press freedom under the spotlight and acted as a major stress test for the legitimacy of the judicial system in a country long plagued by a culture of impunity.

“After ten long years, justice has today been served for the victims of the Maguindanao massacre, with great delay”, said IPI executive director Barbara Trionfi. “We shouldn’t forget that at least 46 journalists have been killed in the Philippines in the past 10 years and complete impunity continues to be the rule for all these cases. Nevertheless, the Philippines’ justice system has today proven that it has the necessary tools to bring perpetrators of crimes against journalists to justice. It must now do so in all cases and so end the endemic violence against journalists that the Philippines has witnessed for decades”.

A decade ago, 58 journalists and civilians were executed one by one by the Ampatuan’s private militia group and buried in shallow roadside graves in the southern province of Maguindanao. Some were beheaded and female reporters were raped before being killed.

Of the 197 accused in a landmark prosecution, more than 100 people stood trial in the decade-long case, which was marred by delays, disruptions and attempts by the defence to derail the proceedings.

The brazen attack, said to have been planned over a family dinner, was orchestrated by the Ampatuans in a bid to stop an election rival from challenging their political stronghold in the province, which they had ruled for decades. The attack was the worst episode of election-related violence in the Philippines’ history.

On November 23, 2009, a group of journalists and media workers from different publications were travelling in a convoy on their way to cover the rival politician file his candidacy papers for an upcoming election when they were stopped at a roadside checkpoint.

The Ampatuans’ private militia, armed with machine guns and machetes, diverted a convoy onto a grassy hilltop, where over the course of an hour, all those present were slaughtered one by one and buried in previously dug graves, along with the vehicles. Among those killed were members of the rival politician’s family, lawyers, drivers, and the journalists.

In total, 29 members of the Ampatuan family and their allies were charged and fifteen family members stood trial. Altogether, more than 200 people were charged in connection with the massacre. Over 80 other suspects went into hiding and have never been found.

The trial began on September 8, 2010, ten months after the attack. With over 200 defendants and 300 witnesses, it was an unprecedented case due to take years. But from outset, it became clear the wheels of justice in the notoriously underfunded Philippines courts were going to turn extremely slowly. Though the prosecution presented all their witnesses in the first three, years lawyers for the defence used an array of measures to prologue the proceedings.

As the trial progressed it became marred by corruption and witness tampering. Lawyers for the Ampatuans were accused of bribery to stall or derail the trial. Several attempts were made to silence witnesses with cash and families were offered large amounts of money to settle the case. Eyewitnesses who survived attacks also refused to testify for fear of retribution, as large bounties were alleged placed on the heads of anyone who cooperated with authorities.

Some behind bars were able to escape due to lax security measures and corruption. Another two turned were given a plea bargain after providing evidence, and another three were acquitted for lack of evidence. In a further setback for the families of the victims, in July 2015, Andal Ampatuan Sr, one of those accused of orchestrating the murders, died in hospital of cancer. Where bribery and threats didn’t work, violence did. At least three witnesses were shot and killed throughout the proceedings, along with family members of others who testified.

Despite the setbacks, the trial was finally completed on July 17, 2019. In the lead up to the verdict, there had been concerns that the masterminds would be able to evade justice. The Ampatuan clan still has a large patronage network and had a long history of collusion with the police and judiciary.

In a victory for the Philippine judicial system, the guilty verdicts were reached. As part of the judge’s 761-page decision, she ordered the prime suspects to pay damages of between hundreds of thousands and millions of pesos to the victim’s families.

The spokesman of President Duterte, Salvador Panelo, welcomed the verdict – saying it was in keeping with the government’s efforts to protect the media from “violence, threat and intimidation”. However, the president has also been accused of attacking media freedom and encouraging a culture of impunity through his brutal drug war. 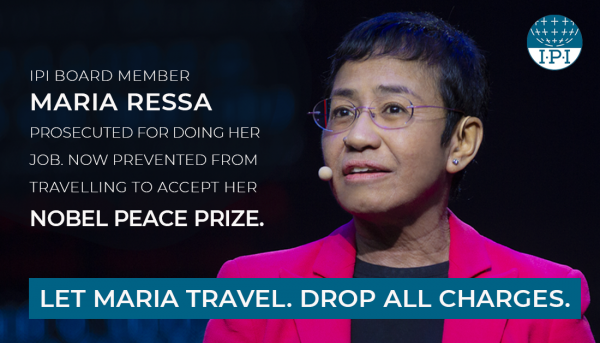