Greece: Probe into killing of Giorgos Karaivaz remains in “darkness”

The scene from outside the home of Greek journalist Giorgos Karaivaz after he was murdered in Alimos, on the southern coast of Attica, Greece, 09 April 2021. EPA-EFE/ORESTIS PANAGIOTOU

“The chain is tightening around his killers” ― that’s what Greek media reported back in early May.

This is what was reported in July, too. But fast forward to early November and no light has yet been shed into the assassination of prominent 52-year-old journalist Giorgos Karaivaz on April 9, 2021. No suspects have been publicly identified and no arrests have been made, while public information about the status of the investigation remains scarce.

“For the moment, we remain in darkness. After all these months, we have received no update whatsoever on the case”, Apostolos Lytras, the family’s lawyer who was also a friend of Karaivaz, told the International Press Institute (IPI).

On the day of the murder, Lytras had met with Karaivaz. It was approximately half an hour after they said goodbye that the experienced crime reporter was gunned down outside his house in Alimos, a southern suburb of Athens.

His execution in broad daylight with ten bullets ― two of which struck Karaivaz in the head, to “finish the job” ― was quickly deemed a “mafia-like death contract” killing by police experts. Karaivaz, after all, had covered extensively the so-called “Greek mafia” and their operations in drug dealing, money laundering and selling ‘protection’ to businesses.

Karaivaz’s assassination is believed to be the 45th killing in Greece between 2009 and 2021 linked to the country’s different organized crime groups, which are currently locked in an ongoing battle for battle for supremacy. Over the last four years, approximately one assassination has occurred every two months.

Karaivaz was raised in the wider area of Drama, a city with a rough 45,000 inhabitants, not far from the northern land borders with Bulgaria. At age 21 he left his hometown to seek a career in journalism in the capital.

In a career spanning over three decades, he mainly worked for national TV channels ― the biggest part of his career for ANT1, the last four years for Alpha ― and newspapers, always on the crime beat. His most in-depth reporting, though, was published on bloko.gr, a website he ran, which specializes in the coverage of issues related to law enforcement. It is in these articles that the police have reportedly been looking into for leads that could explain the apparent contract killing.

Karaivaz’s website didn’t seek glory in its design. What mattered was the reporter’s unparalleled access to information. In a simplistic, WordPress-style setting, Karaivaz used a personal tone to write about police corruption. His articles aimed to shed into light onto connections between “four sides”, namely, “police and organized crime, businessmen and politicians”.

Karaivaz highlighted the involvement of top ―serving and ex― police officers in organized crime, and their decisive role in keeping the balance among different interests. He wrote about officers on duty who simultaneously worked as personal security for top mafia leaders. And he insisted on the role of National Intelligence Service agents, who, according to his reporting, carried out illegal phone tracking, spread false information to discredit honourable officers who were their targets, and went as far as to plot murders to protect the mafia’s interests.

For this access to information, Karaivaz had been criticized for getting too close with his sources in the world of organized crime. Writing at bloko.gr, where he allowed himself to refer by first name to a former criminal who had become his source, after the latter was assassinated, he didn’t try to hide these personal connections. After all, it was through them, he wrote, that he had been granted the opportunity to realize the real depth of corruption in the top police ranks. 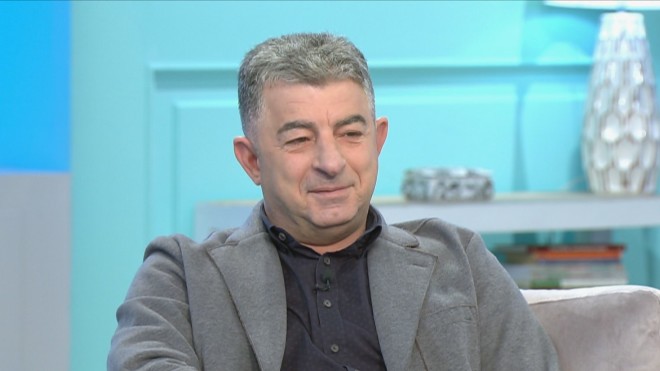 Responding to IPI’s request for an update on the case, a representative of the Greek police said no update could be given as the case is still at the preliminary examination stage.

“My personal estimation is that the police might not want to leak information on the case, even if their investigation has in fact progressed”, lawyer Apostolos Lytras commented.

On October 7, 2021, the Greek Ministry of Foreign Affairs issued an alert with regards to the case, according to which “the search for the perpetrators of the assassination of George Karaivaz has been and still remains an absolute priority for the Hellenic Police and its various Agencies.

“The competent investigative authority is conducting a systematic and in-depth investigation of this crime”, the alert said, adding that new information gathered can’t be disclosed, as “under Greek relevant legal framework (the Greek Code of Criminal Procedure), preliminary investigation is confidential”.

The alert also quotes the Greek Prime Minister, Kiriakos Mitsotakis, as having requested from the minister of citizen protection that relevant procedures for solving this case proceed quickly. However, back in April, Mitsotakis had been criticized for taking over 24 hours to make a public statement on Karaivaz’s murder.

In the board of the Journalists’ Union of the Athens Daily Newspapers (ESIEA), the largest trade union for journalists employed in Greece, sit members who were friends with Karaivaz. They worked with him and, although they asked not to comment on the case for the moment, as the investigation is ongoing, they state that he had been beloved among his colleagues. “So, this is also personal”, a representative said.

Following Karaivaz’s assassination, ESIEA’s president, Maria Antoniadou, said that “those that think that they can close the journalist’s mouth with such actions are wrong. We are 6,099 more and we will reveal, altogether, who the perpetrators were and those who hid behind them”.

Karaivaz’s murder was the second journalist assassination since 2010, after the killing of Socrates Gkiolias.

But “apart from cases of brutal violence resulting in the murder of journalists, reporters in Greece face a wide range of pressures aimed at killing either their stories or themselves as journalistic entities”, Thodoris Chondrogiannos, a prominent investigative journalist, told IPI.

“There are lawsuits from large corporations, anonymous threats against them and their families, the warning of violence and damage to property in order to intimidate, the risk of dismissal by a publisher who wants to get rid of a ‘troublesome’ reporter, character assassination operations by armies of trolls and anonymous accounts operating on social networks”, he added.  “All of these”, he concluded, “are ways to silence journalists, often leading them to self-censor themselves, before they can even be possibly censored by their editor”.

Solving the Karaivaz murder, on its own, will not end these others threats to journalism. But not solving it – and sending the message that those who attack journalists can get away with it – will undoubtedly put Greek journalists at even greater risk.