A wind farm in Greece, on the island of Evia, set up by renewable energy multinational WRE Hellas

In recent months, multiple journalists and media outlets in Greece have become targets of Strategic lawsuits against public participation (SLAPP) brought by multinational companies. These lawsuits have targeted media simply for doing their duty by publishing information in the public interest about these businesses.

On October 19, 2021, the Greek independent media outlet Altherthess and one of its journalists, Stavroula Poulimeni, were targeted by Efstathios Lialios, an executive of Greek gold mining company Hellas Gold. The court case, which is due to start on March 2, involves a demand from the mining company of €100,000 in damages over an article the site published in 2020 about the executive’s criminal conviction.

On January 13, 2022, Greek journalist Thodoris Chondrogiannos went to court after a recycling company called Rewarding Packaging Recycling filed a lawsuit against both the investigative reporter and his former employer insidestory.gr.demanding €80,000 in compensation.

Earlier, on February 10, journalist Tasos Sarantis from the daily newspaper Efimerida ton Syntakton (EFSYN) appeared in court on charges of “false publications” related to an article on the construction of a wind farm in the Peloponnese. WRE Hellas, the renewable energy company on which he reported, has sued him for €225,000 for defamation. All cases are awaiting decisions from a judge.

In an example of other forms of legal pressure on investigative journalists, on December 20, 2021, the platforms Solomon and Reporters United received a pre-litigation legal threat from a social care NGO called HopeTen after they emailed questions seeking comment on a story they were researching. The NGO demanded they “immediately refrain from any action that could damage the NGO’s prestige and reputation”, but the platforms stood by their investigation.

IPI considers these lawsuits to be primarily instruments for silencing journalists carrying out important investigative work, IPI Deputy Director Scott Griffen said. “All of these cases appear to be clear examples of SLAPPs, which are legal cases whose primary aim is to bully the target into silence”, he said. “We fear that these recent cases are the tip of the iceberg of a far deeper problem of legal threats and pressure against journalists carrying out watchdog reporting in Greece. We strongly condemn these types of lawsuits and call upon Greece to urgently pass anti-SLAPP legislation to prevent such cases from ever reaching court.” 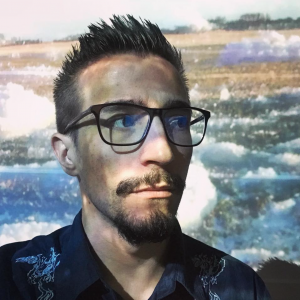 Targeting critics with costly and time-consuming lawsuits has become a strategy amongst multinationals that want to silence opposing voices, journalist Chondrogiannos, who is being sued by the recycling company, told IPI. “Rewarding Packaging Recycling, the company that sued me, has filed at least two lawsuits against media outlets, and has sent more legal notices before or after publication to even more newsrooms. It has also sued public servants because they proved the company failed to achieve recycling targets. So practically the company files lawsuits against anyone criticizing their performance in recycling.”

In the case of Tasos Sarantis, the plaintiff WRE Hellas also initiated lawsuits against individuals and organizations who protested the installation of a windpark in the Peloponnese. Among those targeted in the lawsuits are two regional radio stations (Mousikos Palmos 94.5 FM and Fly FM 89.7) because they hosted the views of critics in their show. The mayor and the entire Monemvasia municipal council of 27 people were sued, as well as another 10 individuals.

The company also threatened to sue ESIEA, the Journalists’ Union of the Athens Daily Newspapers, after the union made a statement supporting Sarantis. “After ESIEA released the statement, WRE Hellas sent a demand saying that unless the union takes down the statement, they will sue them, too”, Sarantis said.

The journalists said that the SLAPP cases should receive greater attention in order to show that silencing journalists will not work. “Giving the case attention is the best we can do”, Chondrongiannos said. “Otherwise the businesses will continue to sue everyone who is critical, making people afraid of speaking out, which is exactly the point of these SLAPP cases. We should oppose that”.

For that reason, Chondrogiannos continued reporting on Rewarding Packaging Recycling after he received new information about the company from a leak from the Greek Ministry of Environment. During the investigation, Chondrogiannos sent questions to the company again, but it responded with another legal notice against him and Reporters United on January 11, 2021, threatening another lawsuit. “This is straightforward silencing”, Chondrogiannis said. “But I will not stop.”

Sarantis has also not backed off after he heard about the charges against him. “I am not afraid but I am tired of all the practical issues, calling all the lawyers and making communication with all people involved”, he said. “But it is also an opportunity to make everyone aware that this kind of SLAPP will not be tolerated by journalists. We have to make a stand against it.”