According to the previously classified report, U.S. intelligence officials concluded that bin Salman approved the October 2, 2018 operation in which Khashoggi was murdered and dismembered inside Saudi Arabia’s consulate in Istanbul, Turkey. Khashoggi, who worked as a columnist for The Washington Post and was a U.S. permanent resident, had entered the consulate to collect documents ahead of his planned marriage to his Turkish fiancée.

The report cites various pieces of evidence underpinning its conclusion and notes that bin Salman “has had absolute control of the Kingdom’s security and intelligence organizations, making it highly unlikely that Saudi officials would have carried out an operation of this nature without the Crown Prince’s authorization”.

“This report’s conclusion comes as no shock. But it means that governments no longer have any excuse not to hold Mohammad bin Salman and the Saudi state accountable for the heinous murder of Jamal Khashoggi”, IPI Deputy Director Scott Griffen said.

“The U.S. government and its allies must immediately impose effective sanctions on the crown prince and all other Saudi officials implicated in the assassination. Anything less is tantamount to impunity. For too long Saudi Arabia has been allowed to get away with its attacks on journalists and freedom of expression, of which the killing of Jamal Khashoggi is the most brutal example. That must end now.”

In a statement, Callamard welcomed the intelligence assessment and called on the U.S. to “take the lead in ensuring accountability for this crime and for setting in place the international mechanisms to prevent and punish such acts in the future”.

She also called for the imposition of sanctions and urged the U.S. not to declare bin Salman immune from civil litigation. Khashoggi’s fiancée, Hatice Cengiz, has brought a lawsuit against the crown prince in U.S. courts. 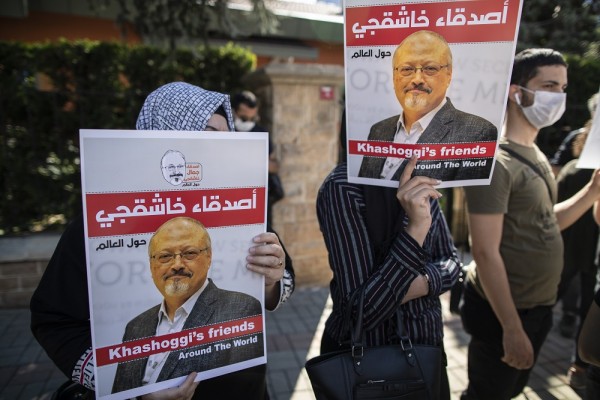