At least 83* journalists around the world died as a direct result of their job in 2016, the International Press Institute (IPI) said today, a significant decline in comparison to record-breaking counts over the past five years. Nearly half of journalist deaths – 36 – occurred while covering armed conflict, mostly in Iraq, Syria and Yemen.

IPI’s Death Watch includes journalists deliberately targeted because of their profession – either because of their reporting or simply because they were journalists – and those who lost their lives while covering conflict or civil unrest or while other otherwise on assignment.

At least 16 journalists were deliberately targeted for their work in 2016, a steep drop from 76 targeted killings last year. However, 2016’s total does not include 39 cases for which there is insufficient evidence to determine whether or not a killing was work-related. These cases, the majority of which are from Latin America, largely reflect state authorities’ failure to carry out proper criminal investigations.

“While the drop in journalist deaths is welcome, 83 remains a shocking number and points in particular to the perils media continue to face when attempting to cover conflict situations,” IPI Director of Press Freedom Programmes Scott Griffen said.

Griffen warned against an overly optimistic interpretation of this year’s figure, noting that it was not possible to determine what was behind the drop in deaths.

“While we hope that 2016 marks the beginning of a trend, and that international efforts to protect journalist safety and fight impunity are finally starting to have an impact, sustainable change must be proven over time,” he commented. “Given the record levels of violence in recent years, aggressive prosecution of journalist murders is essential to ensuring that media do not simply turn to self-censorship as a survival mechanism. Unfortunately, the lack of basic investigations in dozens of cases this year alone is a sign that many governments still have not become serious about combating impunity.”

The deadliest incident in 2016 was the crash in November of LaMia Flight 2933 in Colombia, which was carrying the Brazilian Chapecoense football team from Bolivia to Colombia. Nineteen journalists on their way to cover the 2016 Copa Sudamericana Finals in Medellín were killed in the crash.

Similarly, on Dec. 25, seven Russian journalists and two sound engineers travelling to Syria to cover an orchestral and choral ensemble’s performance for Russian service members died when the Russian military plane on which they were travelling crashed into the Black Sea shortly after takeoff.

Besides Colombia and Russia, Iraq (13), Syria (12), Yemen (8) and Libya (4) had the highest number of journalist deaths globally, nearly all in relation to coverage of ongoing conflicts in those countries.

In Iraq, Syria and Libya, fewer journalists lost their lives in 2016 as compared to 2015. This drop appears to be at least partly the consequence of fewer targeted killings by Islamic militants, who were responsible for the murders of 40 journalists worldwide in 2015, including 16 in Iraq alone. However, Islamic extremists are believed to be responsible for the killings of at least five journalists this year: Nazimuddin Samad and Nazimuddin Samad in Bangladesh; Ayham Khazaal and Wathiq Abdulwahab in Iraq; and Mohammed Zahir al-Sherqat in Turkey.

Three journalists were killed in retaliation for their work in India, more than any other country in the world except for Iraq. Dharmendra Singh, a reporter for the national Hindi daily Dainik Bhaskar, was murdered by motorcycle-borne assailants near his home in Sasaram, Bihar state in November. Karun Misra, a bureau chief for local Hindi daily Jan Sandesh Times was shot to death in Uttar Pradesh’s Sultanpur district in February, also by assailants on motorcycles; police later arrested at least seven people in connection with the killing. In May, Rajdeo Ranjan, chief of daily national Hindustan’s bureau in Siwan, Bihar state, was shot and killed after reportedly receiving threats from individuals connected to a local strongman.

One journalist in Europe was targeted in what is believed to be a work-related reprisal: Pavel Sheremet, a prominent Belarusian investigative journalist and an outspoken critic of Belarusian, Russian and Ukrainian politics. Sheremet was killed by a car bomb in Kiev in July.

Consistently one of the world’s most dangerous regions for journalism, Latin America saw the murders of at least five journalists in 2016, in Mexico, Guatemala, El Salvador and Brazil. In El Salvador, journalist Nicolás Humberto García was killed in an ambush by seven masked attackers in March. García hosted a community radio program on violence prevention, which gave airtime to local police. In October 2016, four gang members were sentenced to 20 years in prison each for the murder. Authorities said García was targeted because he failed to join a criminal gang or to allow gang members to broadcast their messages on his programme.

While García’s case appears to be a law enforcement success, impunity remains the norm in Latin America. In addition to those included in the Death Watch, IPI lists an additional 23 journalist killings in the region – far more than anywhere else – as pending, meaning in most cases that investigations have not produced enough evidence to reasonably determine whether or not the killing was work-related.

One example is the July murder in Mexico’s Veracruz state of journalist Pedro Tamayo Rosas, who had been under state police protection at the time. Authorities have thus far been unable to determine a motive in the case or locate those responsible. In the meantime, threats and harassment of Tamayo’s family have continued. In October, unknown persons set fire to the home of Tamayo’s widow, who said she had received a threatening phone call minutes before. In December, Tamayo’s son was reportedly arbitrarily detained and beaten by police. Violent crime against journalists flourished with impunity in Veracruz under the rule of former Governor Javier Duarte de Ochoa, who became a fugitive in October of this year after Mexican federal prosecutors opened an array of criminal investigations against him.

IPI’s Death Watch also lists journalists who lost their lives while on assignment outside of conflict zones. In addition to those killed in the Colombian and Russian plane crashes, 2016’s names include an Indian photographer electrocuted at a railway station, a Pakistani cameraman killed in an August suicide bombing and a Georgian journalist who drowned while trying to retrieve equipment.

IPI began systematically recording the killings of journalists in 1997. Last year, 116 journalists lost their lives as a result of their work. Only 2013 (121) and 2012 (133) were deadlier for journalism globally. More detailed information can be found on IPI’s Death Watch page. 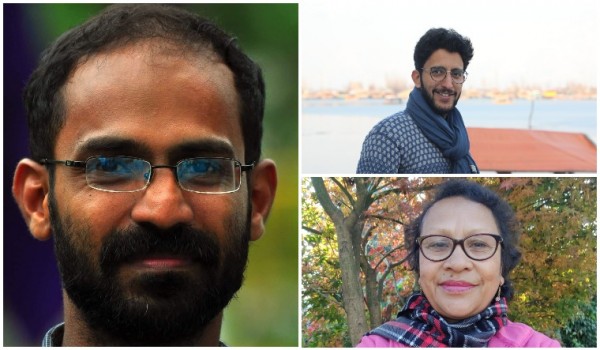