At least four journalists and translators, including BBC reporter, have been detained

At least two journalists and two translators have been detained in the past few days, according to news reports.

On March 1, BBC Tigrinya journalist Girmay Gebru was detained by the Ethiopian military. According to the BBC, Gebru was taken away by four uniformed individuals from a Mekelle café to a military camp. So far no reason has been given for detention.

Another local journalist and fixer, Tamirat Yemane, has also been detained in recent days in Mekelle, but no details of his arrest have been made public by the authorities.

Both arrests occurred in the Tigrayan capital of Mekelle. According to their families, Berhane and Akalu are being held at a local military college. The authorities have said that the translators are under investigation but haven’t provided further details.

“We have not been informed of any specific charges against Fitsum Berhane. His collaboration with a media outlet should not be a motive for his arrest, and we call for his immediate release”, AFP’s Global News Director Phil Chetwynd said in statement.

The arrests of the journalists and fixers comes less than a week after Ethiopia had granted access to seven organizations including AFP, Financial Times, BBC, Reuters and Al Jazeera. to enter the Tigray region after months of blocking media coverage.

“IPI calls for the immediate release of the BBC’s Girmay Gebru, translators Fitsum Berhane and Alula Akalu, and local fixer Tamirat Yemane”, IPI Deputy Director Scott Griffen said. “We are gravely alarmed by the escalation in pressure on journalists in relation to the Tigray conflict. Ethiopian security forces must cease all efforts to harass journalists seeking to cover these events. Both local and foreign press must be able to report on developments in the region freely and without interference.”

Nevertheless, since last week foreign journalists in the area have been harassed in other ways as well and their material has been destroyed by the authorities, an Ethiopian journalist, requesting anonymity told IPI.

Ethiopia’s Tigray area has been the site of conflict since November last year between government-backed forces and the Tigray People’s Liberation Front (TPLF).

On January 19 journalist Dawit Kebede, was shot dead by an unidentified individual in Mekelle. According to the media reports he had been detained by police just days before. He is the first journalist killed during the Tigray conflict. 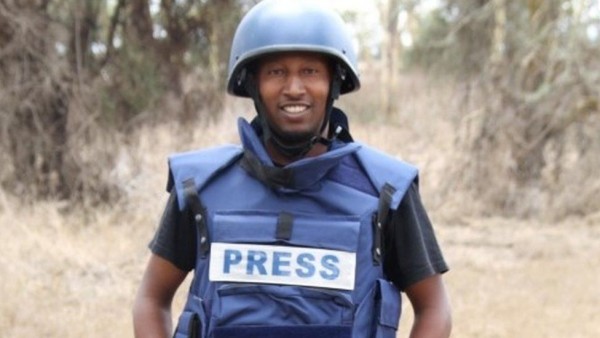