“The great majority of woman journalists in Jordan has suffered from different types of attacks or other obstacles”, IPI Executive Board member Etaf Roudan said in an interview with IPI on January 17. Roudan, who is also the director of Radio Al-Balad in Jordan, explains that in a conservative society like Jordan it is much harder for women to succeed in their career than for men, in particular in journalism. In order for that to change, she says, laws protecting women against violence and discrimination have to be in place and consistently enforced, and society must be willing to empower and support woman. And empowering women happens to be exactly what she does in her newsroom and journalism training programmes.

Roudan has dedicated her professional career to the empowerment of women in journalism through training and financial support. A funding program linked to her training program supports the journalists by covering their part-time salaries for three years. She was given the WIN (women in news) Editorial Leadership award in 2020 for her outstanding work as an editor.

But conservative views on women in the media are not the only challenge that Roudan and her colleagues face. Restrictions on press freedom in Jordan have increased as a consequence of the COVID-19 pandemic. On March 17, 2020, Jordan’s King Abdullah approved an emergency “defence law” that hands Prime Minister Omar Razzaz sweeping powers to enforce a state of emergency and “deal firmly” with anyone who spreads “rumours, fabrications and false news that sows panic” about COVID-19. On the same day the Jordanian Council of Ministers suspended the publication of all newspapers in the country for a two-week period.

In the first six months of the pandemic 13 journalists were arrested in Jordan, according to local reports, while others were beaten by the police, and media coverage was limited in different ways.

IPI spoke to Roudan in length about her work in Jordan and the obstacles she encounters.

IPI: Much of your work is dedicated to supporting the professional development of women in journalism. What do you consider the major challenges and obstacles that they face in Jordan, and do you see any negative effects of the COVID-19 pandemic in this regard?

Roudan: Let me start by saying that I am very glad to be interviewed by a young woman, involved in journalism and human rights, because this supports the cause, not only in the Arab world but all over the world.

I have been covering gender issues for a long time. I started by telling the stories of women refugees and, later on, when I was covering the Parliament, I realized that even women members of Parliament, or those working in hospitals and many other places, all face similar challenges. So, I decided to use journalism as a means to empower women, by talking about their fate and raising awareness about the problems. 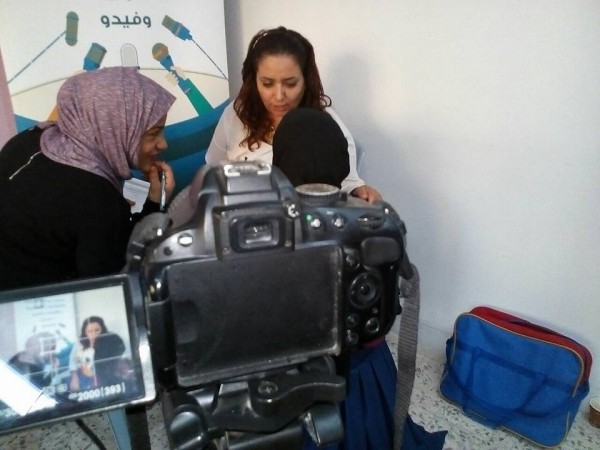 IPI Board member Etaf Roudan in a training on new media with young journalists in Jordan.

The biggest problem I see in Jordan is the gender-based discrimination. Women simply don’t have the same opportunities as men. Often women are not allowed to manage their money as they want and have to deal with a conservative society which precludes women from expressing their opinions.

With social media, the violence, hate speech, hostile comments, and the harassment that we used to experience at community level has shifted to the social media platforms. They (hostile comments) remain present also within the community, but are disseminated more widely by social media platforms, especially if you are a public person or work in the public sphere, as journalists do. Social media attacks are a rather new development. They started before the pandemic but have gotten visibly worse during COVID-19 times.

For example, I often receive comments from people claiming that I am not acting in line with my religious values or even that I act against the rules of my community because of my journalistic work. Other journalists even receive comments about how they should act and what they should wear. I think it is okay to have a different opinion, but it is not okay to insult me for mine.

Sadly, several woman journalists have suffered under these types of attacks and criticism, just as I have.

IPI: In the face of this hostile climate, what motivates you and other women to continue working in journalism? How do you cope with the attacks?

Roudan: In Jordan we have a strong “cyber-crime unit” within the police, where women can bring complaints about online attacks and harassment, and they have strong procedures to deal with these attacks. However, this is mostly for teenage girls and, as a grown woman, and a mother, I prefer to not refer to this mechanism, unless the attacks escalate. So far, I haven’t been filing complaints to the police.

Many women in Jordan remain silent about being a victim of harassment because of the conservative thinking both within society as well as in their own families. They also fear the shame, their image being damaged and that their career would be compromised if they speak about the attacks they receive and show weakness. Also, deep inside we still believe that our community is very conservative and that there is no interest in addressing these problems.

I was fortunate to be born into a less conservative family that has been supportive of my work. We come from a small village and my family has also received criticism because of my journalistic work, but they did not pay attention to that. 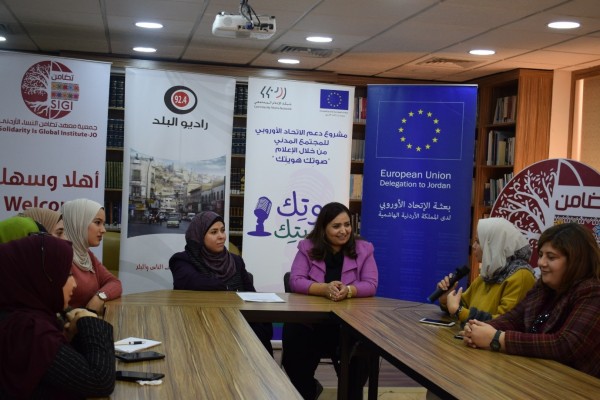 IPI Board member Etaf Roudan during a discussion with young women journalists in Jordan.

Sometimes it’s hard and the comments about me not being a good Muslim can hurt so much. But after all I chose my career and am therefore ready to fight the battles that come with it.

Working in the media has also helped me a lot, particularly in community media, because it has given me the rights and the tools to express myself in a strong and powerful way, while also protecting my privacy.

Besides, what keeps me going is the possibility to help young women journalists because I know the sorrow that they have to go through. Also, I have two daughters and countering the hostility that exists in society against women and ensuring that they can practice their profession has become a personal matter for me, because I want my daughters to grow up in a world where they are not afraid of expressing their opinions.

IPI: In addition to being a journalist and a newsroom manager, you also train women journalists. What are the subjects of your training and why have you focused on training women?

Roudan: Since 2011, I have trained around 500 women – Jordanian journalists but also Syrian refugees, Palestinian, even Egyptian journalists. We give them broad media skills, teach them how to be a journalist, and prepare them for the challenges that come with the job. In our sessions we also teach them how to operate safely online and how to adjust their privacy settings on social media.

Additionally, we run a funding program specifically aimed at offering the women who participate in the training a part-time job so that they can complete their education or start their business or support themselves and their families.

I decided to specifically support women journalists because they don’t have the same opportunities and have it much harder than men and deserve a chance to express their opinions.

In my experience, the women I have been working with certainly do not lack commitment or courage. It is only inequality and discrimination that prevents them from becoming good journalists.

IPI: Looking for solutions, what has worked to ensure that the voice of women in journalism is not silenced?

Roudan: I think that the laws have to change. Laws forbidding violence and discrimination against women need to be in place and be enforced more consistently, in order to ensure that women are not afraid anymore. Also, women must have the possibility to file complaints with the police and be heard and not ignored just because they are women. The change has to come from the government and society, which has to be more open and believe in the equality of women. Instead of thinking in a conservative way people should empower and support women.

And we need to be able to talk freely about the attacks and the inequality in society.

IPI: If you could, which one piece of advice would you give yourself at the beginning of your career?

Roudan: If I could, I would tell myself not to be afraid to stand up for myself and for other women in society and that I have enough power to speak up. Which is exactly what I keep telling the young journalists that I train: that they should know their power and that they can speak loudly about their rights. 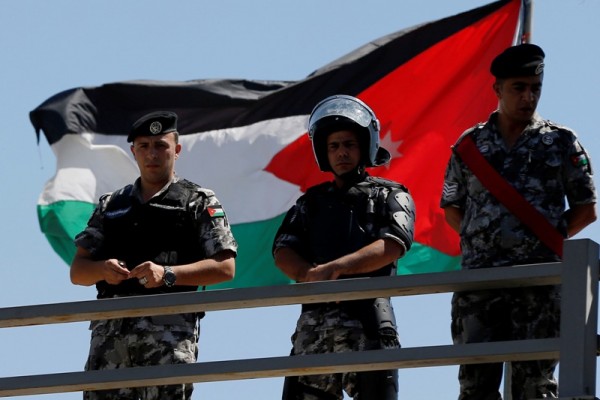 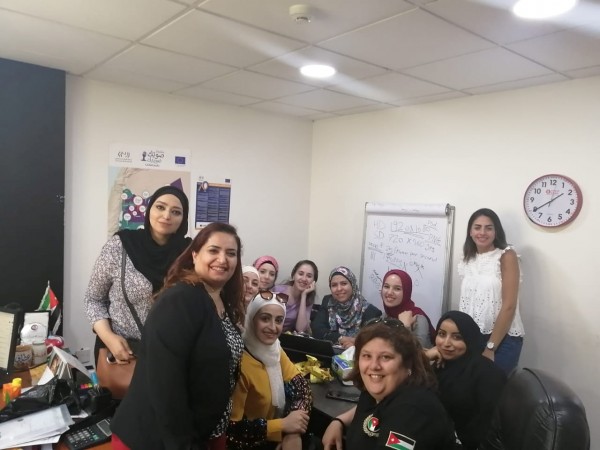