This article forms part of IPI’s #PressEgypt campaign, which aims to secure the release of the approximately two dozen journalists currently behind bars in Egypt. How can you help Shawkan? Tweet the message below and help spread the word!

Jailed for his passion for photography, #Shawkan has been imprisoned in #Egypt since 2013. I call on Egyptian authorities to #FreeShawkan and all other journalists behind bars! #PressEgypt #JournalismIsNotACrime

Take me to the #PressEgypt campaign page

The arrest and continued pre-trial detention of Egyptian photojournalist Mahmoud Abu Zeid show how the simple act of taking photos with a camera can, in the eyes of the authorities, be considered a crime. They also show how much risk journalists in some parts of the world carry.

Abu Zeid, who is also known as Shawkan, has been held in Tora Prison in Egypt since 2013, with no clear end in sight. He is among the many journalists whom Egyptian authorities put away after the 2013 coup d’état for doing their job. A freelancer, Shawkan worked for several photo agencies, including Demotix. When the Arab Spring revolutions reached Egypt in 2011, he began covering the protests.

A passion for photography 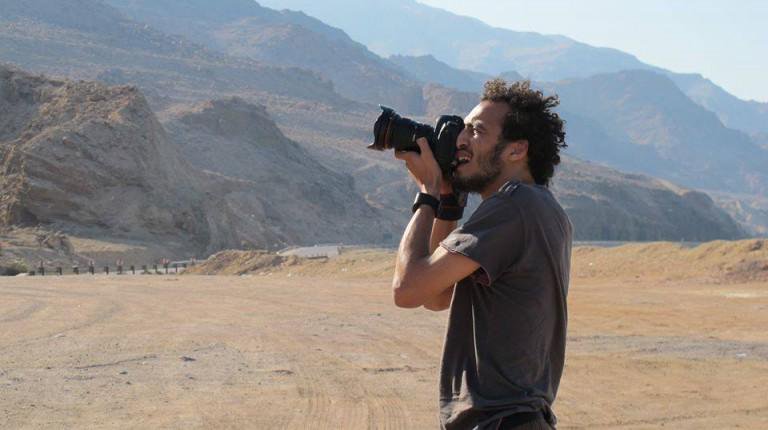 In an interview with the International Press Institute (IPI), Shawkan’s brother, Mohamed, said Shawkan discovered his love for photography and journalism in high school in Cairo, where he started taking photos as a hobby. After graduating, he moved on to study philosophy at university but would eventually stop. During this time, his dedication to photography grew immensely as he invested significant amounts of money into photography equipment without making any profit from his craft.

Ultimately, his passion took over. Shawkan moved to the coastal city of Alexandria to work with several news outlets, both writing articles and taking photos. In addition to his official journalistic work, he liked to document people’s everyday lives: Walking the streets of Egypt to talk to people and take their pictures brought him joy.

After for some time as a full-time journalist in Alexandria, Shawkan returned to Cairo to freelance. With the emergence of the revolution, he saw a good opportunity for work.

The political developments in Egypt did not stop after the Arab Spring revolutions brought down former President Hosni Mubarak. Already in August 2013, a large sit-in was taking place in Cairo’s Rabaa Adaweyya Square. Supporters of Mohamed Morsi, who had been elected president after the revolution, were occupying the square in protest of Morsi’s removal by military forces. At the time, the military was led by General Abdelfattah Al Sisi, who later became Egypt’s president.

On August 14, the military announced an operation to clear the square. Shawkan decided to document the event. Although his brother warned him against going, Shawkan replied by saying: “It’s my life and it’s my job.”

According to Human Rights Watch, the operation in Rabaa Adaweyya Square turned out to be one of the most brutal attacks against civilians in modern history, resulting in more than 800 civilian casualties. Hundreds were arrested, mostly protestors but also journalists and activists. Helicopters, live ammunition, tear gas and water cannons were used to disperse the demonstrators. Tents and huts that were built during the sit-in were burned. Witnesses interviewed said the square felt like a war zone.

Shawkan was among those detained as he sought to take photos of those drastic developments. After he did not return home, Mohamed went to search for him at the police station in Nasr City, where Rabaa Square is located, but could not find him there. Later that day, Shawkan managed to phone his brother and tell him that he had been moved to Cairo Stadium Complex. Shawkan warned his brother against showing up at the stadium as he himself would risk arrest.

After the military secured the situation at Rabaa Square, Shawkan was transferred to Abu Zabaal prison. His family only found out about the transfer weeks later, through a phone call. Shawkan spent several months at Abu Zabaal before being moved to Tora Prison, where he remains today. Shawkan’s family is able to visit him at Tora Prison, though authorities have often prohibited visits for “security reasons”. 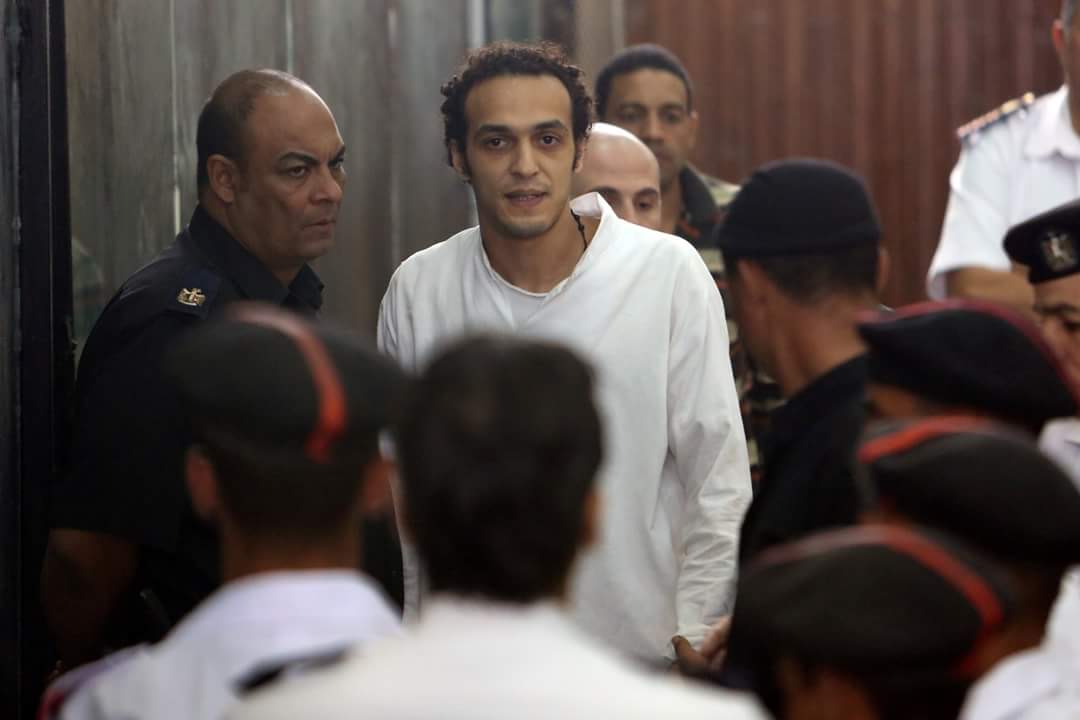 Altogether, Shawkan spent two years in pre-trial detention. In March 2016, he was officially included in the court case known as the “Rabaa Sit-in Dispersal”. Those charged in the case are mostly Muslim Brotherhood members and sit-in organizers but also include people independent of the organizers who simply attended the sit-in, like Shawkan.

Despite correctly following his journalistic instinct to cover a major newsworthy event, Shawkan ended up at the wrong place at the wrong time.

In various interviews with Egyptian media, Shawkan’s family and friends have said that he is a photojournalist with no political affiliation. They have emphasized his distance from the Muslim Brotherhood specifically, even pointing out anti-Morsi stickers and flyers in his room.

As most of those involved in the sit-in case are opponents of the current government, their chances of receiving a free and fair trial appear low in light of Egypt’s history of politicizing the judiciary. Journalists like Shawkan are caught up in the middle of a political game between the government and its opponents.

Lawyers of such political cases have a very difficult job defending their clients before Egypt’s courts. They are frequently denied access to case files or to their clients and complain about uncooperative authorities. Shawkan’s brother told IPI that the court officials’ inconsistent behaviour made it difficult for Shawkan’s lawyer to predict future developments in the case. “Some demands they grant, and some they ignore – you never really know”, he said.

On top of that, the conditions in Egypt’s prisons on not easy. Family and human-rights activists have described Shawkan’s situation as “difficult” and “inhuman”. Many political prisoners fail to receive or are denied medical care. According to Human Rights Watch, in 2015 at least six prisoners died in “Scorpion” prison due to medical negligence. Officials at that prison, which does not include a medical station, had refused to send several sick prisoners to hospital, resulting in their death.

Since his jailing, Shawkan’s physical state has deteriorated immensely. He contracted hepatitis C in prison and is suffering from malnourishment and anaemia.

Still, his physical ailments are not even his family’s biggest concern. “He is doing ok health-wise but psychologically he is not doing well”, Mohamed said. The poor conditions and lack of care have caused Shawkan to suffer from depression.

In December 2015, a letter Shawkan wrote was smuggled out of prison. In it, he says that Egypt has lost the meaning of the word “fairness” and that the situation had made him feel “full of hopelessness”.

In a different letter, he referenced his Egyptian citizenship as a factor in his never-ending pre-trial detention. Two foreign journalists, Mike Giglio and Louis Jammes, were working together with Shawkan on the day of the Rabaa Square dispersal. All three were arrested and taken to the stadium together. While both Giglio and Jammes were interrogated, they were freed after several hours. Shawkan remains in prison.

“The problem is that I am Egyptian, just an Egyptian journalist”, he wrote in the letter.

Various media outlets, journalists and international human rights groups have called for Shawkan’s release. Supporters have organized demonstrations and campaigns to share his situation and raise awareness about the situation of journalists in Egypt.

“And this support,” wrote Shawkan in the letter, “makes me feel like I am not alone.”