Both journalists have complained of assault in prison

The International Press Institute (IPI), a global network of editors, media executives, and leading journalists for press freedom, today called on Egypt to immediate release journalists Solafa Mgady and Esraa Abdel Fattah and investigate reports that they have been harassed and assaulted in prison.

Abdel Fattah, who was detained on October 13, 2019, and Magdy, a multimedia journalist who was arrested on November 27, 2019, have said that they have been harassed and assaulted in prison. Both face charges of joining terrorist groups, spreading false news, and misusing social media.

According to the International Service for Human Rights (ISHR), Abdel Fattah, who is known for her work defending human rights in Egypt, was detained in October 2019 after she was abducted by plain-clothed police officers. Magdy was arrested by security forces along with her husband, Hossam Al-Sayyad, at a coffee shop in Cairo in November 2019 following her online campaign in support of Abdel Fattah.

On March 2, a criminal court in Egypt renewed both women’s detention.

The two journalists have filed complaints against Qanater’s female prison administration for physically assaulting them and stripping them off of all their belongings. Magdy has filed a report to the Egyptian attorney general for repeated physical and sexual assault that resulted in vaginal bleeding and deterioration of her health conditions. In February, security forces reportedly stormed the journalists’ cells and physically beat and assaulted them.

Their arrests came amid a sweeping crackdown during the September 2019 protests called for by whistleblower Mohammed Ali against corruption in the regime of Egyptian President al-Sisi.

According to Gamal Eid, head of the Arabic Network for Human Rights Information, Mgady is being held at Al-Qanater Women’s Prison, located in Qalyubia Governorate. She is exposed to severe bullying from prison guards and has been denied access to newspapers despite her legal right to read newspapers, magazines, and books. Prison officials have issued orders to the other prisoners not to speak with tthe journalists.  The Public Prosecutor’s Office and other judicial authorities have not investigated the incidents of assault on Magdy.

Eid said that Abdel Fattah was facing extreme physical and mental harassment in prison. During more than one court appearance, Abdel Fattah alleged that she was subjected to physical and psychological torture, poor detention conditions, deprivation of medicines and severe neglect inside the prison. She also complained about ill treatment of other women prisoners and lack of medical treatment for them.

Eid said that recently while Abdel Fattah was leaving the prison to attend a detention order renewal session at Tora Prison, some prison officers tampered with her personal belongings, hiding them and tearing down papers that were documenting her time in prison.

Yasmin Omar, a U.S.-based human rights lawyer who has been monitoring Mgady and Abdel Fattah’s case, told IPI that she expects them to spend more time in prison due to a “rotation” in cases that allow the public prosecution to add more cases to their files resulting in added sentences.

According to IPI data collected as part of its #PressEgypt campaign, more than 60 journalists are currently imprisoned in Egypt. Last month IPI called for the release of Egyptian cartoonist Ashraf Hamdi, who was arrested and detained for “misusing social media and spreading false news” on January 25. 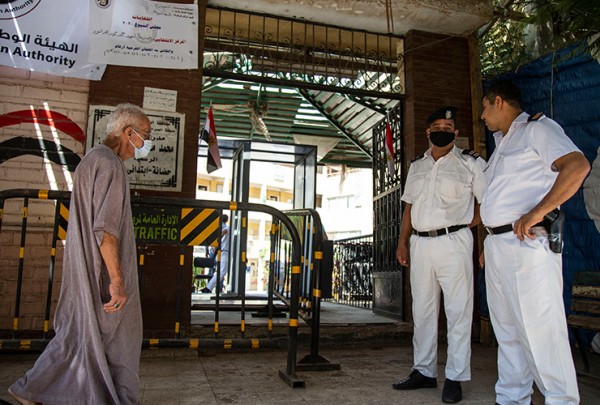