International community must not lose focus on plight of independent journalists

Darya Chultsova (L) and Katsyaryna Bakhvalova (R) are both behind bars in Belarus for reporting on protests against the fraudulent election of Alexander Lukashenko. EPA-EFE/STRINGER

Two years on from the fraudulent presidential election and the wide-ranging crackdown that followed, IPI and our global network today renew our steadfast support for persecuted Belarusian journalists and call on the international community not to lose sight of the severity of the regime’s brutal clampdown on press freedom.

Since the election on August 9, 2020, freedom of expression and independent journalism in Belarus have suffered an unprecedented campaign of repression and state terror at the hands of law enforcement authorities and the government of Kremlin ally Alexander Lukashenko.

Thirty journalists and media workers remain behind bars in detention centres and penal colonies on manufactured or politically motivated charges, hundreds of journalists have fled the country, and dozens of independent newsrooms have been shut down.

In the last two years, more than 500 arrest and detentions of journalsits have been made by police and security forces. Journalists reporting critically on the government continue to face intimidation, fines, criminal charges and the threat of mistreatment or torture in prison.

After the passing of draconian amendments to the criminal code which handed state authorities greater powers to regulate media, many of the country’s leading independent newspapers and media outlets have also been censored, labelled as “extremist formations” and systematically shut down.

At the same time, dozens of Belarusian and foreign news websites have also been blocked within the country for publishing “extremist” materials, and journalists referencing or even liking the Facebook pages of these banned media organizations have been jailed.

Even human rights groups and journalistic rights organisations supporting their colleagues facing repression, such as the Belarusian Association of Journalists (BAJ), have faced administrative pressure and been shut down by the courts. It is estimated that around 400 media professionals have left the country fearing persecution.

On the two-year anniversary of the presidential election and start of the crackdown, IPI and our global network stand in solidarity with Belarus’s courageous independent journalists who continue to work within the country and in exile in the face of severe pressures.

Two years on, this crackdown has not subsided and journalists continue to face legal persecution for doing their job. Belarus continues to be one of the biggest jailors of journalists in the world. Just last week, journalist Iryna Slaunikava, vice president of the Belarusian Association of Journalists, was sentenced to five years in a penal colony on politically motivated charges after a closed trial.

Though the appalling events in Ukraine over the last six months have overshadowed the repression in Belarus, we urge the international community and organizations like the Organization for Security and Co-operation in Europe not to lose sight of the government’s attack on journalistic freedoms and to demand that all media professionals held behind bars are released immediately. We stand with freedom. We stand with independent journalists. We stand with Belarus.

#Belarus: Two years on from fraudulent election & the wide-ranging crackdown that followed, IPI & our global network renew our steadfast support for persecuted Belarusian journalists & all those held behind bars.#FreeMediaForBelarus. #standwithbelarus✊https://t.co/uBZlMZk3Wk

In 2021, IPI awarded its 72nd World Press Freedom Hero to Yuliya Slutskaya, the founder and chairperson of Press Club Belarus and an unswerving beacon of quality, independent journalism. Slutskaya and several members of her staff were jailed on trumped-up tax evasion. She and four colleagues were released after eight months of pre-trial detention. 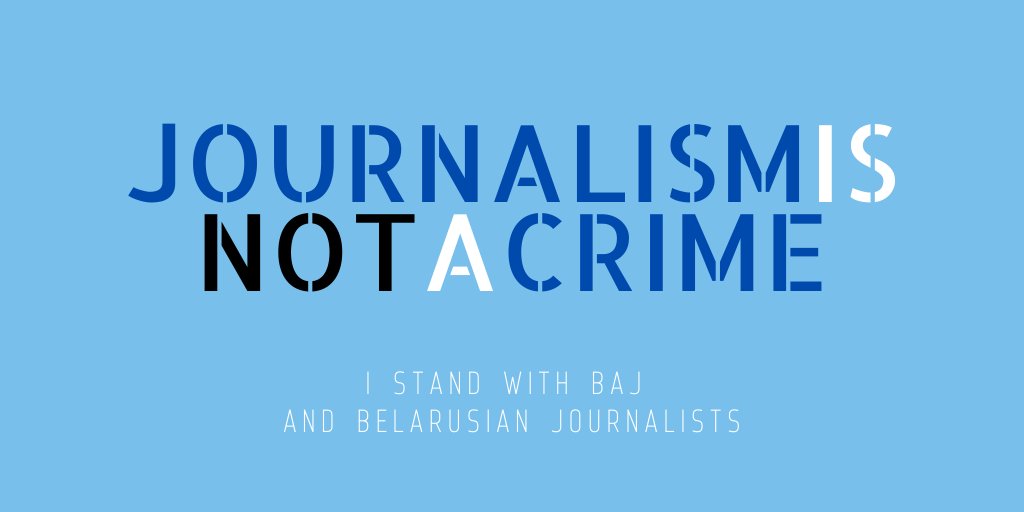