Belsat TV has been labelled as an “extremist” entity by a court in Belarus. Photo credit: Belsat TV

The International Press Institute (IPI) today condemned the move by a court in Belarus to label the Polish-funded Belsat television channel “extremist” and called for an intensification of international sanctions over the government’s ongoing crackdown on press freedom.

Belsat TV, which has been a key source of coverage of nationwide anti-government protests which broke out in 2020, was given the designation by a court in the city of Gomel on July 27, according to media reports.

The court order means that sharing or posting content from Belsat now carries a fine or jail time of up to 15 days. The news outlet’s website and all social-media accounts were also blocked in Belarus.

The decision was based on an inquiry made by the Main Directorate for Combating Organized Crime of the Ministry of Internal Affairs and the announcement was made on Telegram.

“This court order against Belsat TV is a politically motivated attempt to silence one of the key sources of critical coverage of anti-government protests and yet another outrageous attack on media freedom”, said IPI Europe Advocacy Officer Jamie Wiseman. “The crackdown on what remains of Belarus’ free press has intensified over the last month and still shows no signs of slowing down. The international community must condemn Lukashenko’s attacks on journalists, demand the release of all journalists behind bars and continue sanctions against those in the regime responsible for these abuses.”

In a statement on its website, Belsat reminded readers that while sharing articles was illegal, reading their content and subscribing to their social networks was still allowed and not a violation of the law.

Belsat deputy director Alyaksei Dzikavitski said in a statement: “The purpose of such actions of the authorities is to clean up the information field in Belarus and to complicate as much as possible the distribution of uncensored information. The decision is, of course, absurd. Neither Belsat nor other independent media are extremists. We will keep on working and will provide our viewers and readers with information in Belarusian and without censorship.”

The crackdown on press freedom in Belarus has escalated during the past month. Several raids have been conducted in offices of news outlets and private apartments of journalists.

More than 50 non-governmental organisations including the Belarusian Association of Journalists (BAJ) are facing closure and several media outlets including news portals Tut.by and Nasha Niva have been shut down. A total of 27 journalists are currently detained, according to the BAJ.

The Belarusian-language Belsat TV, which is funded by the Polish government and is a subsidiary of the public broadcaster Telewizja Polska, has been a source of news for hundreds of thousands of Belarusians since 2007.

Belsat TV journalist Katsyaryna Andreyeva and camerawoman Darya Chultsova were sentenced to two years in prison in February and are currently serving their sentences. 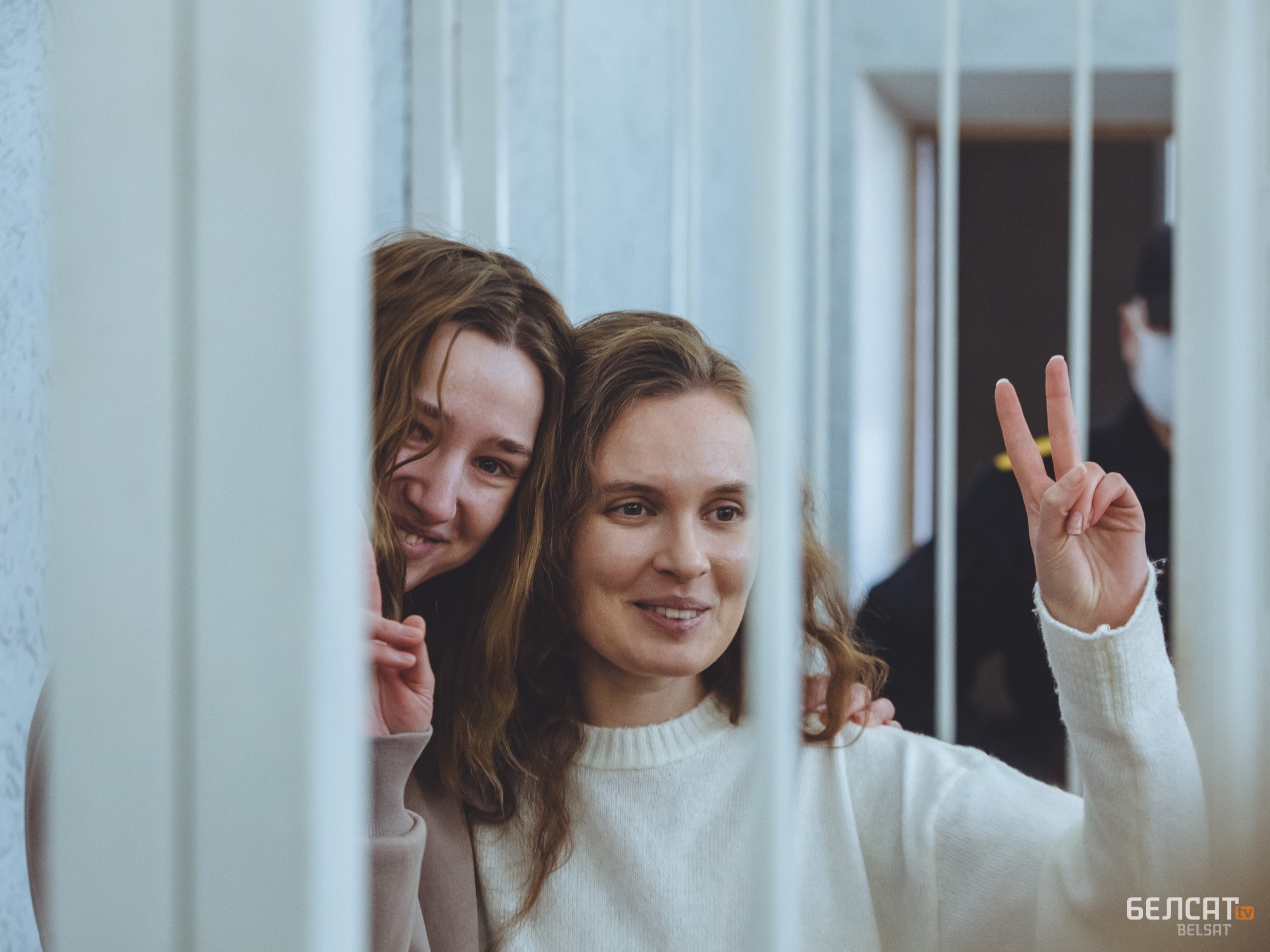