The logo of Al Jazeera Media Network is seen on its headquarters building in Doha, Qatar June 8, 2017. REUTERS/Naseem Zeitoon

On Monday, Saudi Arabia closed Al Jazeera’s bureau in Riyadh and revoked its operating licence. Jordan followed suit on Tuesday, announcing its decision to close the network’s bureau in Amman.

Egypt, which shut down Al Jazeera in 2013, blocked access to Al Jazeera’s website, as well as 20 other news sites, on May 24, accusing the sites of “terrorism” and “fake news.” Saudi Arabia, the United Arab Emirates (UAE) and Bahrain have also blocked Al Jazeera’s websites.

The move to close Al Jazeera’s Riyadh and Amman bureaus came as Saudi Arabia, the UAE, Egypt and Bahrain severed diplomatic relations and cut economic and transport ties with Qatar on Monday, accusing it of supporting various terrorist groups aimed at destabilising the region. The four countries were later joined by Yemen, Maldives, Mauritius, Mauritania and Libya’s eastern-based government. Jordan announced it was downgrading its ties with Qatar.

Saudi Arabia and its Gulf neighbours have reportedly issued an as yet unconfirmed list of ten demands Qatar must meet, including curbing Al Jazeera, before a return to normal diplomatic and economic relations can take place.

In a further development, Al Jazeera said yesterday hackers are targeting the network’s websites and other digital platforms. However, the cyber-attacks had not been successful so far, it claimed, and the network remains “fully functional.”

IPI Director of Press Freedom Programmes Scott Griffen today expressed concern over the measures taken against Al Jazeera by the governments of Saudi Arabia, Jordan and other Arab countries, and said the broadcaster appeared to be collateral damage in the Gulf’s ongoing diplomatic crisis.

“The closure of Al Jazeera in Saudi Arabia and Jordan, and the blocking of its websites by countries in the region, has the unfortunate consequence of depriving citizens of different viewpoints and of everyone’s right to information,” he said.

“We call on the governments of the region to reverse their decisions and to allow Al Jazeera to operate without further interference or obstruction.”

Daoud Kuttab, a member of IPI’s Executive Board and the director general of the Jordanian radio station AmmanNet, joined in criticising Jordan’s decision to close Al Jazeera in his country.

“It is totally unacceptable that professional media outlets are punished because of regional political differences,” he said. “Independent media has a solemn duty to provide the public with truthful, balanced and relevant news. By closing the Al Jazeera office, the Jordanian government is indirectly interfering with this sacred mission.”

In a Tuesday statement provided to IPI, the Al Jazeera Media Network said Saudi Arabia’s decision to shut its office was “unjustified” and called on the kingdom to allow its journalists to work “free of intimidation and threats”.

Referring to the banning of its websites, Al Jazeera said on Wednesday it is “deeply concerned following measures taken by certain countries in the region to block access to the Networks’ websites, without any justification.”

“Authorities in these countries blocked Al Jazeera websites, on the pretext that ‘content does not comply with the standards of the regulatory authorities,’ providing no further details on the content or news resulting in this block.” 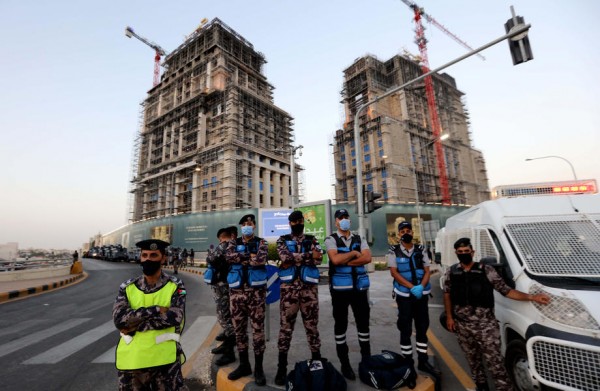