Ukraine must break cycle of impunity for murdered journalists

One year ago today, Ukrainian local investigative journalist Vadym Komarov died in hospital of serious wounds he suffered from three devastating blows to the head with a heavy object.

The brutal assault took place on the morning of May 4, 2019, when Komarov, 57, was attacked by an unidentified individual in his hometown Cherkasy in central Ukraine. He was kept alive in a medically induced coma for six weeks but succumbed to his injuries on June 20.

The attack came one day after he announced on social media that he was planning to publish details of alleged corruption by local authorities. Komarov had previously suffered an attack on his life in 2016, when he reported being shot at by unidentified perpetrators.

Ukrainian authorities believe the motive for the murder was connected to his journalistic work. Yet to this day, no one has been arrested or prosecuted for his killing and police investigations have made little progress in bringing those responsible to justice.

The lack of charges or prosecutions is indicative of the wider issue of impunity for the murder of journalists in Ukraine, where 11 journalists have been targeted because of their work in the last six years, according to International Press Institute (IPI) data.

As in previous cases, a lack of information, non-transparent investigations by law enforcement and suspected corruption pose further challenges to those seeking to bring the truth to light.

“We call on authorities in Ukraine to urgently move to prevent impunity in the murder of Vadym Komarov”, IPI Deputy Director Scott Griffen said. “Police must conduct an exhaustive, transparent and impartial investigation to find and prosecute all those responsible for his killing. The lack of progress in this case endangers the safety of journalists across the country”, he said.

Noting several cases of unsolved killings of journalists in Ukraine, Griffen added: “It is unacceptable that in the majority of cases of killed journalists, police investigations appear to have achieved very little and the cases that appear before courts seem to be plagued by weak evidence. Ukraine needs to ensure that investigations are stripped of politics in all cases of killed journalists, and that all cases are carried out as swiftly and transparently as possible so as to break the cycle of impunity.”

No one asks, no one knows

Komarov, who worked for the Cherkasy-based newspaper Dzvin, was well-known by politicians, law enforcement and activists in the region. For years he had been reporting about topics such as organized crime and corruption in the city council, schools, prisons. At the time of his murder he was reportedly preparing to publish information about alleged theft of public money meant for the construction of a local gymnastics complex.

His killing shook the journalistic community across the country. “Almost all national TV channels, publications, and news agencies reported the news”, Sergiy Tomilenko, head of the National Union of Journalists of Ukraine, told IPI in an interview. The outcry, however, was short-lived. “After a while, the case no longer appeared on the national media. It now only receives proper coverage for local media in Cherkasy”, he added.

An investigation was quickly opened, with police first classifying the attack as “intentional grievous bodily harm” and then twice upgrading it to “premeditated attempted murder”. Neither Komarov’s money nor mobile phone was taken during the attack, according to reports by Dzvin. On May 5, police released an image of a man suspected of being involved in the attack. While the authorities have stressed the continued priority of the case, more than a year later investigations appeared to have stalled and no other suspects have been publicly identified. 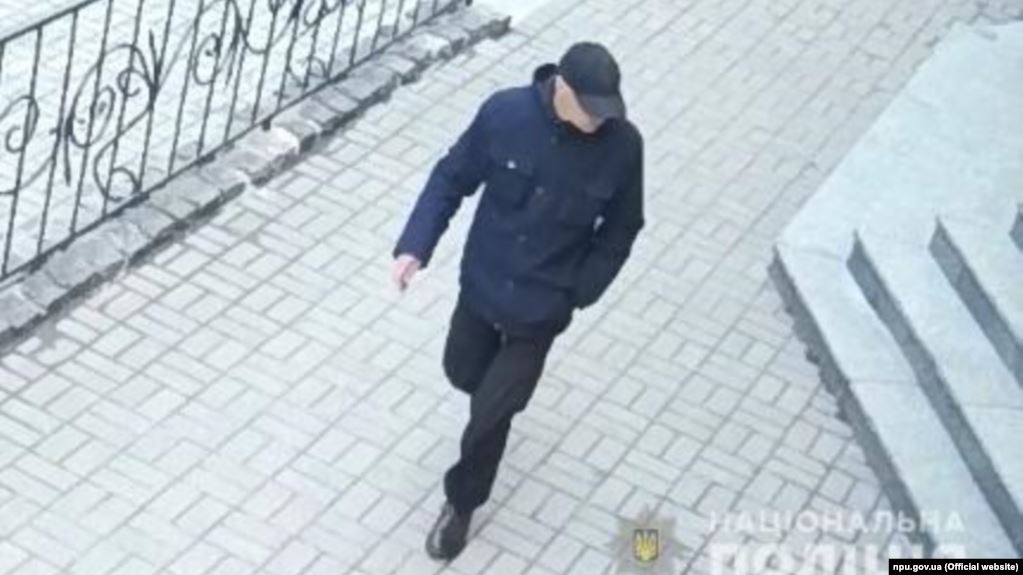 Halya Coynash, who has investigated the case for the Kharkiv Human Rights Protection Group, a local NGO, told IPI that gathering updated information on the case was now very difficult. Old information is recycled and few new police statements are given, she said. Police have declined to disclose details, citing the secrecy of the investigation.

In response, on May 4, 2020 a number of national organizations and journalists in Cherkasy signed an open letter calling on the regional prosecutor and police to be more transparent about the investigation. A public report on the progress, the letter said, “would allow all us to believe that the death of our colleague is not another unpunished crime and that the perpetrators will be found and brought to justice”.

On the eve of the anniversary of Komarov’s attack, Dmytro Hrishchenko, chief of the Communications Sector of the Cherkasy Region Police, announced that a pre-trial investigation is being carried out by a group of eight investigators.

“The main version of the motive for the murder is his journalistic activity”, the police report, which was seen by IPI, said. “More than 1,400 people were interrogated, videos from 99 cameras were processed, footage from 40 cameras was confiscated, 19 expert examinations were made, some of which have already been completed, some are still being performed.”

Many in Ukraine doubt the veracity of such figures. Tomilenko said that due to a lack of transparency, journalists from Cherkasy have been unable to verify the accuracy of this statement. “According to the local journalists, the majority of those individuals have not actually been interrogated”, he explained. Some suspect local ties between law enforcement and powerful individuals are involved.

The continued impunity for those responsible for Komarov’s murder has serious consequences for other investigative journalists in Ukraine, particularly those working for regional or local outlets.

“Unfortunately, journalists have been killed in Ukraine before, but they were well-known public figures and journalists of the national media”, Tomilenko explained. “The murder of Komarov was alarming for regional journalists. They realized that living in small communities means that they are even more unprotected than their nationally well-known colleagues.”

“As a result, regional journalists have become more likely to refuse to report on topics that could threaten their lives and health”, he added. “For example, the Justice for Journalists Foundation announced a grant to conduct a journalistic investigation into the murder of Komarov. We informed a number of well-known investigative journalists in Cherkasy about the grant but they refused to participate. They said that they were afraid of becoming the next victims.”

Coynash agreed that the ongoing impunity has a chilling effect on media freedom and the safety of journalists. “Incidents involving national journalists receive a lot of attention, while the attacks against local journalists are not very publicized in the national media”, she explained. Outside the big cities, those responsible for the killings of journalists have means and influence to evade justice, she added: “In some cases, the authorities seem suspiciously motivated to not find the person who committed the crime against a journalist or to not look for the organizers.”

“What often happens is that if a person has political power in a local area, it is likely that that person will know people high up in the police”, she said. “It becomes politically and professionally unwise to rock their boat. In situations in which a journalist had annoyed such person and suffered the consequences, the investigations end up not being carried out very efficiently.” 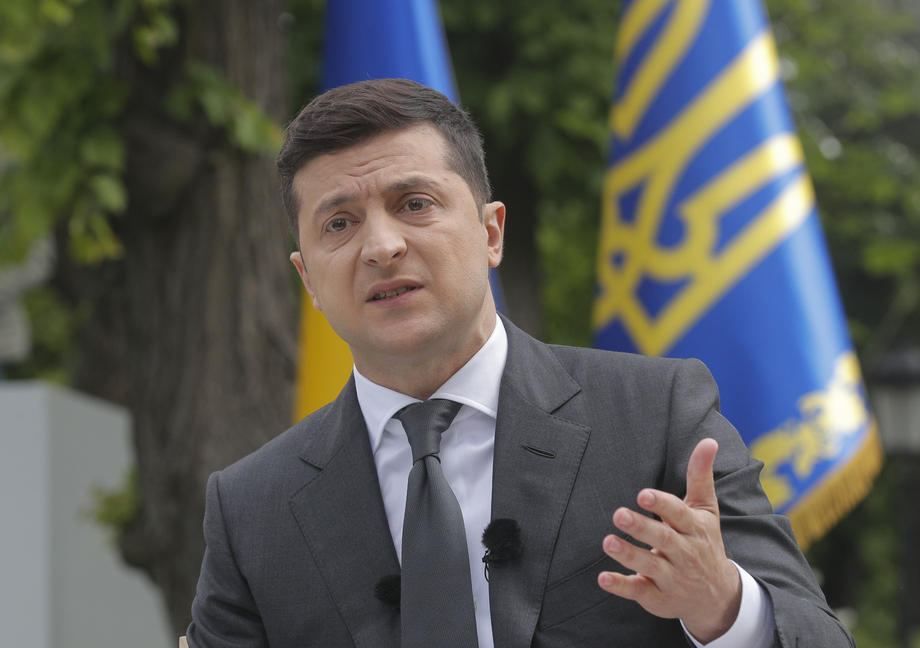 Whether or not the attack takes place in a local area or a city, however, in Ukraine impunity for the murder of journalists is the norm. According to IPI’s Death Watch, Komarov is the 11th journalist to be killed in the country in relation to his work in the last six years. Of these, at least two cases are still under investigation according to IPI research, while others remain either uninvestigated altogether or flawed by weak evidence and short prison sentences.

The year 2014 was especially deadly for journalists, when a total of seven journalists lost their lives. Five were killed in crossfire or circumstances caused by the armed conflict in Crimea, while two were gunned down in targeted assassinations. Among them was Vasily Sergienko, who was brutally tortured before being killed and buried. “This is a very worrying case”, Coynash explained. “It seems like nothing has been happening for a long time and I can say with a reasonable certainty that the reason for this is the lack of will. Nobody seems particularly motivated to find out what happened.” A year later, a prominent pro-Russian journalist, Oles Buzina, was shot dead in Kiev by two masked gunmen, while the photo-reporter Serhiy Nikolayev was killed by shelling.

In 2016, in a case that resonated across the country and led to major protests, Belarusian-born journalist Pavel Sheremet was murdered in a car bomb attack in Kiev. The latest demonstration occurred on May 25 when a number of citizens rallied, demanding proper investigation into the journalist’s murder. That day, the Pechersk District Court was holding hearings against three people suspected of killing Sheremet. The court released one suspect on bail, while the other two remain in pre-trial detention.

Tetiana Pechonchyk, head of the Human Rights Center ZMINA, told IPI in a recent interview that like Komarov’s case, Sheremet’s murder had not been investigated efficiently. “The evidence against the three suspects is very weak and if no new evidence is collected by the police, the case is not going to proceed to trial”, she said. “We have to see whether the court would be fair, it is possible that these people are innocent but end up being sent to jail. The widespread problem of impunity in Ukraine extends to cases against human rights defenders and civic activists, and this problem is not going to be solved until serious reforms are implemented in the law enforcement and justice sectors.”