The International Press Institute (IPI), its partners in the Media Freedom Rapid Response (MFRR) and Reporters Without Borders (RSF) today sent a letter to Greek authorities seeking an urgent explanation for the recent detention of a German documentary on the island of Samos.

George Markopouliotis, Head of the Representation of the European Commission in Greece

The undersigned members of the Media Freedom Rapid Response (MFRR) and other press freedom groups are writing to express our serious concern over the treatment of a German documentary crew who were unjustly detained and mistreated by police on the island of Samos.

On 19 October, a German media crew making a film about climate-induced migration on the Greek island were detained for seven hours, strip searched and held in jail without charges and repeatedly denied access to a lawyer.

Among those detained were photojournalist Manuel Tysarzik and Berlin-based videojournalist Larissa Rausch. They were detained alongside a project manager from German Climate Foundation, Dr. Annika Mannah and another team member.

The group had travelled to the island to make the film ‘Climate Faces’, which was funded by the German Environment Ministry. After conducting interviews at a refugee camp on Samos, the crew stopped to take shots for the documentary using a drone.

As they continued their journey, they were stopped by a police car in what was claimed to be a routine check. Tysarzik and Rausch presented their German press identification. The officers requested they follow them to the station for a quick “procedural check”.

Despite no charges being clarified, all four were detained for eight hours in total. During this time, they were questioned, harassed, and denied food by police officers who often did not wear protective masks, in breach of government COVID-19 regulations.

After the SD card of the drone was checked, officers raised the threat of “espionage” charges because the public beach where they had been filming was next to a military base. The crew strongly denied the drone was filming the site.

Initially, repeated requests to contact a lawyer were denied with justification that they had not been formally arrested. When legal representatives were finally allowed in, all four of the crew were subjected to unnecessary and humiliating strip searches.

At around midnight the crew were finally permitted to leave and return to their hotel room. Tysarzik and Rausch believe they remained under police surveillance and that a plain clothes police officer had been stationed in the hotel lobby.

Since the crew returned to Germany, no further communication has been received from the Samos Police Department, prosecutors, or other Greek authorities, leaving considerable uncertainty over the status of any “espionage” investigation against them. Members of the crew have legal concerns about returning to Greece.

Moreover, we also believe that the unprofessional behaviour of the police officers, the arbitrary manner of their questioning, their unnecessary use of strip-search, the violation of COVID-19 precautions, and their repeated obfuscation of the charges against the crew members, amount to an unacceptable act of intimidation against a journalistic documentary crew.

In doing so, we believe these officers attempted to work within the grey areas of the law and create legal ambiguity for the crew, in clear breach of their professional standards. We condemn the actions of the police officers involved and demand a thorough investigation by the Samos Police Department, the General Police Directorate of North Aegean, and the Interior Ministry to identify those responsible.

Sadly, this case also fits into a wider pattern in recent months of intimidation of foreign media, especially those covering issues related to refugees and migrants in Greece. From Samos to Lesbos to Athens, international journalists have reported being subjected to arbitrary checks, detention, pressure from authorities and being blocked from accessing certain areas in what they say is an attempt to discourage them from reporting.

This is creating an atmosphere of hostility for the media and represents an attack on media and press freedom – one that the Hellenic Police and the Greek Interior Ministry must take concrete action to address and tackle, as part of the Greek authorities’ domestic and international obligations in terms of freedom of expression and protection and safety of journalists.

Our organisations will continue to monitor the situation and report violations of media freedom to the relevant bodies at the European Commission and Council of Europe. We thank you for taking our concerns into consideration and look forward to seeing your response. 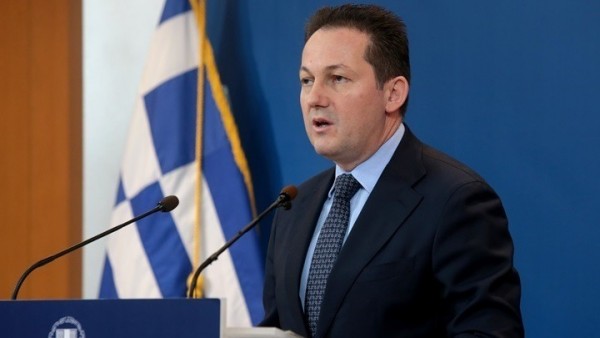 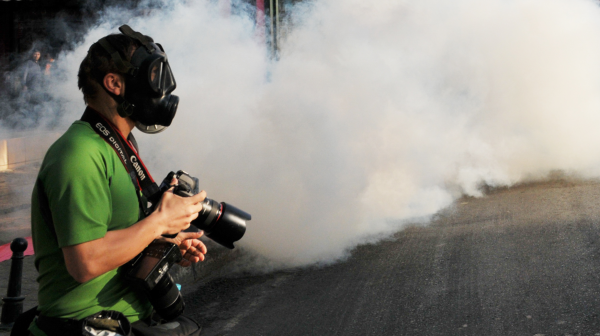