A protestor wears a mask of Saudi Crown Prince Mohammad Bin Salman with a red painted hands during the demonstration in front of Saudi Arabian consulate in Istanbul, Turkey, 25 October 2018 . EPA-EFE/ERDEM SAHIN

A new report by the Foreign Affairs Committee of the UK Parliament underscored the global threat to media freedom and said the UK government must “move beyond the rhetoric” and publicly shame and sanction those who attack the press.

While the Committee welcomed the Foreign and Commonwealth Office (FCO)’s ongoing media freedom campaign, it concluded that “the FCO can, and must, go further. The current initiatives from the FCO are too reliant on the word and goodwill of those with a record of abusing the media, especially of the governments who have been among the worst perpetrators.”

“There must be more public and more palpable ways to hold violators to account, using international coordination where possible and international mechanisms if necessary.”

The report said the UK must punish media freedom violators in countries like Saudi Arabia, Turkey and Malta. Notably, it said the FCO should “work with international partners, to achieve accountability through public criticism and sanctions against Saudi perpetrators” implicated in the 2018 murder of journalist Jamal Khashoggi.

The report is the outcome of a months-long parliamentary inquiry into the FCO’s campaign, during which the Foreign Affairs Committee heard from dozens of witnesses, among them the International Press Institute (IPI) and a number of leading IPI members, including Executive Board Vice Chairs Beata Balogová, Khadija Patel and Daoud Kuttab.

“While we strongly support the FCO’s Global Media Freedom campaign, we also agree with the Foreign Affairs Committee that this campaign must result in concrete action to defend press freedom and punish those who attack the press”, IPI Deputy Director Scott Griffen, who testified orally before the Committee in May, said.

“We welcome the Committee’s unequivocal call for greater efforts to protect journalists. The UK has an essential role to play in defending fundamental rights, and we are grateful to the Committee for hearing and taking account of the views of IPI and its global membership.”

The report’s 10 recommendations include a call on the FCO to publicly shame those who persecute the media and use sanctions to punish them – “including when those perpetrators are governments”.

Notably, the report said the UK should designate Turkey, where 136 journalists are currently behind bars according to IPI research, as a Human Rights Priority Country and “should criticise the violations taking place there publicly and forcefully”. IPI and other groups have long expressed concern that European governments have been too trepidatious in rebuking Turkey’s media crackdown.

The Committee also called on the FCO to publicly back a public inquiry into the murder of journalist Daphne Caruana Galizia in Malta. “Her death should set a precedent for accountability and not, as it does currently, for impunity”, the report said. IPI has strongly criticized Malta’s lack of progress in finding the mastermind behind Caruana Galizia’s murder.

Crucially, the report also acknowledges the threat to journalists from online harassment, noting that “the online space give(s) new opportunities for journalists to work, but also new avenues through which they can be targeted”. It calls on the FCO to “put the online and digital threats to journalists at the heart of their strategy”.

In July, IPI launched its Ontheline Newsrooms platform, which offers newsrooms resources on building internal structures and policies to protect journalists from online harassment and threats. The platform is the result of research done in 45 newsrooms across Europe and interviews with more than 100 experts.

“When journalists lose their rights, we all do”, Committee Chair Tom Tugendhat said in a press release. “The UK should call out poor treatment of journalists. Some think our Government is prioritising trade over human rights. We need to be clear that those who violate media freedom must be punished.” 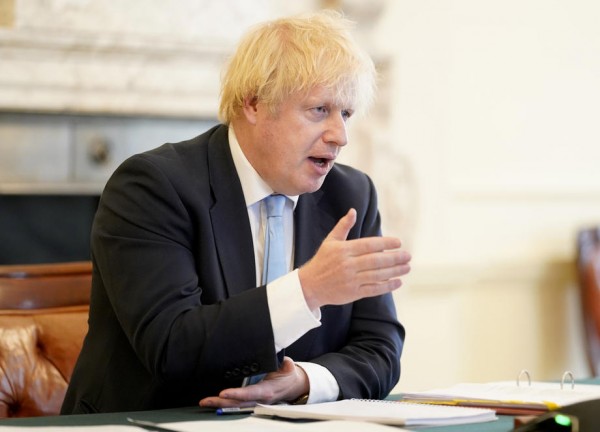