A court handed Azamn Editor-in-Chief Ibrahim al-Mamari and Deputy Editor Youssef al-Haj three-year prison sentences and fined them each 3,000 rials (approx. €6,900). The third journalist, Zaher al-Abri, was sentenced to one year in prison and fined 1,000 rials.

IPI Director of Advocacy and Communications Steven M. Ellis said he was concerned by the chilling effect the sentences would have on journalists’ willingness to expose alleged wrongdoing.

“States are stronger when allegations of corruption are exposed and dealt with, not when they are left to fester,” he said. “We urge authorities in Oman to free these journalists and turn their efforts toward ensuring that the country has an independent judiciary that citizens can rely on to judge cases fairly and impartially.”

According to Reuters, the three journalists were convicted of “undermining the prestige of the state, disturbing public order, misusing the Internet and publishing details of a personal status case”. Al-Haj was also convicted of slander and violating a court-ordered ban against reporting on Al-Mamari’s arrest.

The case stemmed from Azamn’s reporting on a series of corruption cases in 2014 that led to the conviction of a number of businessmen.

Al-Mamari was arrested in July 2016, two days after Azamn published a report titled “Supreme bodies tie the hands of justice”. The report accused top officials of pressuring the judiciary to change its hearing on an inheritance case.

The newspaper protested Al-Mamari’s arrest by publishing a blank space on the front page for several days. Al-Abri and Al-Haj were then arrested, respectively, on Aug. 3 and 9.

Following the second round of arrests, Azamn published an interview with the vice president of the Supreme Court, who confirmed some allegations against the judiciary and said that it was in a “pitiful state”.

Omani authorities then suspended the newspaper for a month, saying it had exceeded the limits of free speech and had “drifted into … harming one of the pillars of the state, the judiciary”.

A top official, in an interview with pan-Arabian newspaper Al Hata, reportedly accused newspapers in Oman of impropriety in their reporting in the wake of cuts in government financial support for the papers amid an economic crisis caused by a slump in oil prices.

Five years ago, Al-Mamari and another reporter were given five-month suspended sentences for insulting the justice minister and other officials. At that time, Azamn was closed down for a month. 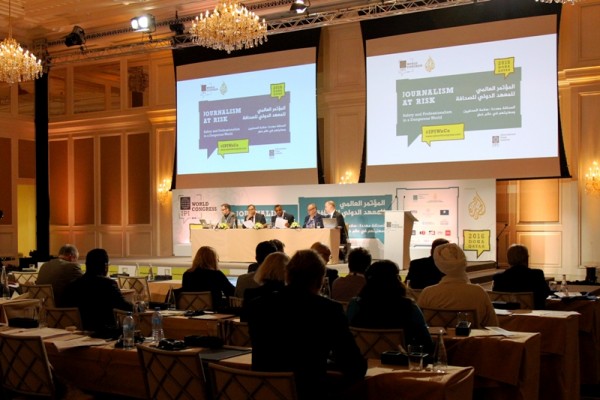