The state of media freedom in Bangladesh

The Digital Security Act (DSA), which was passed by the Bangladeshi parliament in October 2018, has become a powerful tool to stifle any form of perceived criticism, including independent journalism scrutinizing the action of government officials. The law is one of the most draconian in Bangladesh, as it provides sweeping powers to authorities to block or remove any content in digital media deemed harmful to harmony or public order or seen to incite communal hatred.

Authorities haven’t been shy in using the law to clamp down on journalism, while journalists say that the law has failed to fulfil its legitimate purpose, such as protecting journalists who are regularly harassed online.

In October 2021, the Centre for Governance Studies (CGS) said that it had collected details of 668 out of more than 1,500 cases filed under the DSA in the previous 20 months, and found that only two of the cases had been solved while charges are hanging over people’s heads in the overwhelming majority of cases. The Centre said that 499 people had been arrested in the cases studied, of which 42 were journalists.

Also problematic is that fact that the great majority of the cases under the DSA were not filed by the allegedly aggrieved persons themselves but by others, who are “often ruling party activists on behalf of their leaders”, according to the CGS. Many of the cases were filed for insulting the country’s prime minister and other political leaders.

Data has also shown an increase in the use of the DSA to silence criticism. In February 2021 The Daily Star reported that a total of 457 people had been prosecuted under the DSA in 2020, of which 75 were journalists, half of whom had also been arrested. In 2019, a total of 63 people were prosecuted under this law.

The case of journalist Shafiqul Islam Kajol, who spent 53 days in enforced disappearance and an additional seven months of imprisonment before being released in late December 2020, is emblematic of how the DSA is being abused to clamp down on any form of real or perceived criticism, often in combination with torture, disappearance, and extrajudicial detention.

Kajol’s ordeal started on March 10, 2020, when he failed to return home from work and was “found” by the Border Guard 53 days later, during which time he was brutally tortured. His reappearance followed an intense online campaign coordinated by Kajol’s son calling for Kajol’s release. After 53 days of extrajudicial detention, he was thrown into prison on charges of violating the DSA in connection with three Facebook posts. The charges had been filed by a lawmaker and two activists of the ruling party’s youth wing. Eventually, Kajol was granted bail by the High Court after seven months in detention.

Another case is that of cartoonist Ahmed Kabir Kishore, who was picked up from his home by men in plainclothes on May 2, 2020, interrogated, and tortured at a secret location before being brought in front of a court on May 6. He was accused of violating the DSA in connection with cartoons that he had posted on the Facebook page “I am Bangladeshi”. After four days, Kishore was sent to prison for 10 months. Eventually he was released without any explanation, but Kishore believes that the death while in detention of a fellow prisoner, writer Mushtaq Ahmed, who had been jailed and tortured since February 2020, led to his release.

The complete failure of Bangladesh’s justice system is evident not only in the treatment of prisoners but also in light of the impunity that killers of journalists have been enjoying for decades.

Marking International Day to End Impunity (IDEI) on November 2, The Daily Star looked into 13 cases of  journalists murdered in the last two-and-a-half decades in Bangladesh that – as all other cases of journalists killed in the country – have resulted in impunity. “The stories are the same for all of them – investigations navigating through a labyrinthine judicial mess, never-ending probes and traceless culprits – all in all, complete impunity”, the Daily Star says.

According to IPI’s Death Watch, 14 journalists were killed in Bangladesh in the past 10 years. In most cases, trials never started, investigations don’t lead anywhere and are soon suspended. Even in the very prominent cases of Sagar Sarowar, news editor of TV Maasranga, and Meherun Runi, senior reporter at ATN Bangla, murdered at their home in 2012, the investigators have so far failed to submit the probe report, in spite of a commitment by the government that “the killers would be arrested in 48 hours”.

While Bangladesh has long been a very dangerous place for journalists, the attacks further increased in connection with coverage of the COVID-19 pandemic. Between February 2020 and May 2021, IPI recorded 12 cases in Bangladesh in which journalists were arrested for reporting on COVID-19 or exposing corruption related to the government’s response to the pandemic.

Most recently, in May this year, Rozina Islam, a well-known investigative journalist with Prothom Alo, one of the country’s biggest Bengali-language newspapers, was arrested while she was at the Ministry of Health to gather information about reports of suspected corruption. Islam was charged under the Official Secrets Act with the theft and photographing of sensitive state documents. The journalist was granted bail after three days in detention. Islam’s arrest led to a major backlash within the country and condemnation by the international community, prompting the foreign minister to say the arrest was regrettable.

In a welcome move, the government stated the intention to pass a data protection law supposedly modelled on Europe’s GDPR principles and aimed at giving people in Bangladesh the right to control which kind of data is being gathered about them. However, differently from the GDPR, the draft bill excludes certain government agencies and state institutions from the obligation to comply with the law. Observers have expressed concern that the new bill, if passed in its current form, may become yet another tool to clamp down on investigative journalism in the country.

As IPI Executive Board member Mahfuz Anam wrote in an editorial, “the threat to a free press comes from many quarters” in Bangladesh. “There are no laws in our statute books (and I would love to be proved wrong), except for the Right to Information Act (RTI), that either protects the journalist, the newspapers, or the media in general, or proactively help its cause by protecting sources, and whistle-blowers, and preventing police harassment or arbitrary arrests or questioning of media professionals.”

While Bangladesh has an array of private newspapers, TV and radio stations and online news outlets, quality, independent, public interest journalism is seldom in the country and the government has gone to great lengths to ensure that anybody using journalism to hold leaders accountable lives in fear of retaliation. 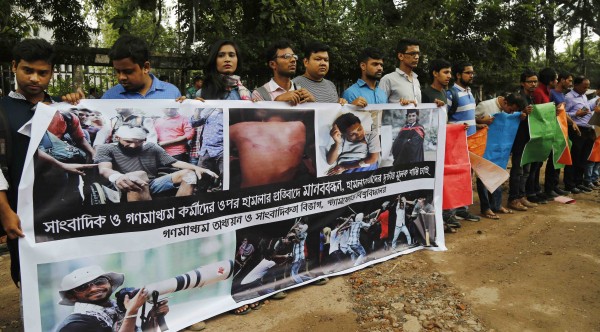 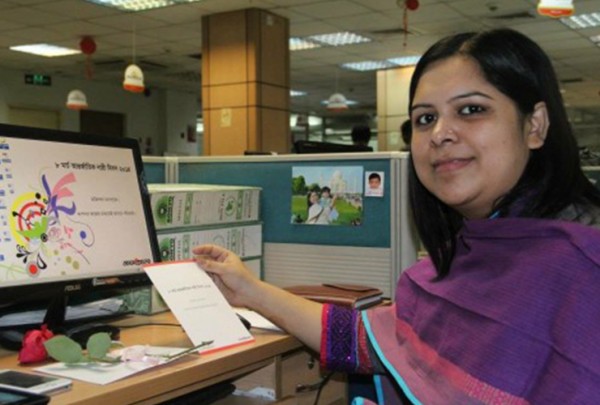