“The government of Sudan is suppressing media freedom and silencing critical voices on the pretext of dismantling structures created by the old regime”, IPI Director of Advocacy Ravi R. Prasad said. “These actions are undermining the sacrifices made by the people of Sudan to bring democracy to the country.”

The ERC, a body tasked with dissolving institutions linked to the previous Sudanese regime, had taken over the channel’s Khartoum headquarters on January 7 this year, purportedly for auditing purposes. However, the channel remained on air and the authorities pledged not to interfere with its editorial operations. On the same day, the country’s joint military-civilian Sovereign Council, formed after the revolution to replace the previous regime until fresh elections are held, ordered two newspapers, Al-Sudani and Al-Rai al-Aam, and another private satellite channel, Al-Shorouk, to shut down their operations.

In 2019, the interim government dissolved the trade unions in the country, including the Sudan Journalists Union (SJU). The SJU was ordered to hand over its assets and headquarters to the ERC. As the Union’s president Sadiq al-Rizaigi refused the handover, the ERC issued a warrant for his arrest.

Meanwhile, the government has amended the Dismantling of the regime of 30th June, 1989 Act, providing for 10 years imprisonment for criticizing the ERC, and arrested a columnist for publishing an article critical of the Committee.

Last month the Sudanese armed forces announced that a cybercrime military commissioner has been appointed to monitor and document “insults” against the army and that criminal complaints would be registered against journalists and activists within and outside the country, who are found insulting the armed forces. Without providing a clear articulation of what constitutes an insult, the army said that this measure was being implemented because of “systemic attacks and accusations” against the Sudanese military.

Prime Minister Abdallah Hamdok pledged before the U.N. general assembly that “no journalist in Sudan will be repressed or imprisoned”, but in the past year several journalists have been harassed and arrested. IPI had previously expressed concern over the deteriorating press freedom situation and harassment of journalists in the country. 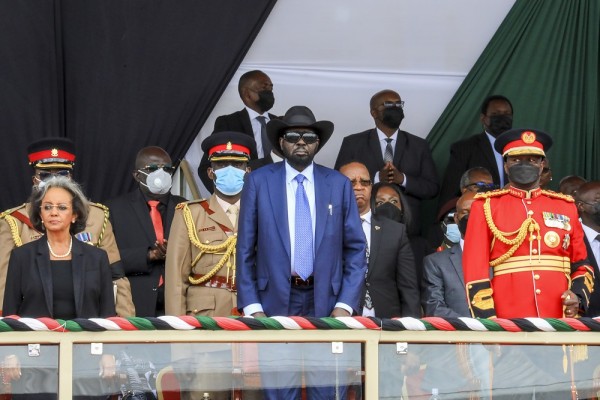