Leading Pakistani women journalists appeared before a parliamentary committee on human rights on August 18 to address pervasive online attacks against women in the industry, after launching a campaign under the hashtag #AttacksWontSilenceUs earlier this month.

The campaign, including a joint statement signed by tens of prominent journalists and organizations, describes the violent nature of these attacks, which according to the signatories, are “instigated by government officials and then amplified by a large number of Twitter accounts, which declare their affiliation to the ruling party”.

“The online space has been weaponized in recent years”, Ramsha Jahangir, a journalist specializing in online regulation and digital society, told IPI. A 2019 study titled “Fostering Open Spaces in Pakistan” authored by Jahangir for the Digital Rights Foundation (DRF) surveyed women in journalism, activism and other information professionals, finding that 55 percent had been subjected to online harassment and abuse. The majority of the respondents described online abuse as “slurs, slut shaming, fat shaming, theft of photos, spamming with pornographic images, stalking” among other forms of harassment.

Sharing screenshots of some abusive messages I recently received under my tweets. I’d be lying if I say this abuse doesn’t affect me. But it is about time we named and shamed the harassers. Almost all of these tweets are by pro-PTI accounts. #AttacksWontSilenceUs pic.twitter.com/MpIuT77ml9

“When women journalists are targeted by trolls after publishing a story or a tweet, it quickly escalates to personal attacks, often of a misogynistic nature”, she told IPI. In a recent article, Jahangir shed light on ruling party Pakistan Tehreek-e-Insaf’s (PTI) strong social media presence and strategy, mentioning a year-old tweet by PTI’s official account aimed at discrediting the press and labeling it anti-state. Her story was shared on Twitter by a disapproving government official, which led to a wave of vicious attacks on the journalist. “I had no choice but to mute my notifications, because I got so many hateful messages. I was also threatened with a defamation suit.”

The Coalition for Women in Journalism (CFWIJ) monitored at least 11 cases of threats and violence against women journalists in Pakistan since the beginning of 2020. Some involved harassment in the workplace, while other journalists covering politics, the government’s handling of the pandemic and social challenges caused by it, were subject to doxing, rape and death threats online. According to CFWIJ founder Karin Nazish, these virtual threats are very much real.

A few examples of gender-related abuse I’ve gotten just in the last two days. There are worse ones: #Pakistan #AttacksWontSilenceUs #JournalismIsNotACrime pic.twitter.com/GImnU3Lar9

“CFWIJ member and journalist Asma Shirazi was subject to an online smear campaign after interviewing former PM Nawaz Sharif and his daughter Maryam Nawaz Sharif,” Nazish told IPI, “After the online threats, her home was broken into twice. The threat is so real to the journalists and their families, that some journalists are asked by their families to quit the profession.”

A year ago, a delegation of the CFWIJ met with Human Rights Minister Dr. Shireen Mazari to present actionable steps to address the rampant climate of abuse, fear and censorship in the industry. Members of the organization urged the government to thoroughly investigate online and offline attacks against journalists and called for cases to be registered against perpetrators.

“The minister’s response was very positive”, Nazish said. “We were assured that the government will take action – and for about 6 months it seemed they really did.” In those months, CFWIJ noted a decline in cases of online harassment, and government officials publicly condemned attacks on journalists instead of inciting against them. “This reinforced the suspicion that trolls are encouraged and activated by the government”, Nazish said. But this positive trend came to a grinding halt in recent months, as the press was once again vilified and accused of spreading lies and disinformation.

Those who testified before parliament on August 18 were, ironically, faced with more abuse. But they made their demands clear, calling on the government to “restrain its members from repeatedly targeting women in the media, send out a clear message to all party members, supporters and followers, to desist from launching these attacks, whether directly or indirectly and hold all such individuals within the government accountable and take action against them.”

At the same time, experts say, any government attempts to regulate online expression must be viewed suspicion.

In an attempt to mitigate online content that promotes terrorism, extremism, hate speech, fake news or incitement, the government introduced controversial new rules to regulate all social media usage in the country earlier this year, allowing it to obtain user data and information from social media companies. Digital rights and civic responsibility organization Bolo Bhi described it at the time as “draconian attempts to discourage new media journalism”.

According to Bolo Bhi Director Farieha Aziz, there is no need for new regulations as “various offences under the Prevention of Electronic Crimes Act, 2016, criminalise hacking, misuse of information and photos, harm to reputation, breach of privacy, stalking”. She said “but when women make complaints to the authorities, they do not hear back or their complaints are not taken up with the same agility as compared to when defamation complaints are made against women alleging harassment, or when journalists’  dissenting posts about public institutions or officials are reported”. She concluded: “Existing laws and regulations are weaponised and used against women and journalists to silence them, leading to a chilling effect on speech.”

Since 2014, the International Press Institute (IPI) has been systematically researching online harassment as a new form of silencing critical, independent media. Our work has unveiled patterns of online attacks, analysed the emotional and professional impact on journalists, and collected best practices for newsrooms to address the phenomenon.
MEASURES FOR NEWSROOMS TO ADRESS ONLINE HARASSMENT
Explore IPI’s work on online harassment
IPI-Admin2020-08-26T16:49:08+00:00
Up 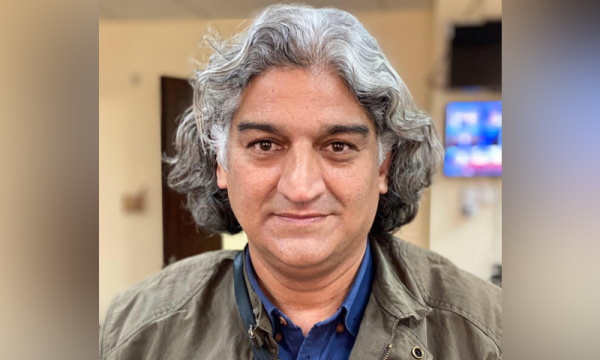