One step forward, two big steps backward in the fight against criminal defamation in Latin America: while a judge in Paraguay acquitted a journalist on defamation charges on Friday, reporters in the Dominican Republic and Cuba continued to face prison terms for libel.

In Asunción, ABC Color columnist Alberto Candia had been the target of a defamation complaint filed by Delgado Von Leppel, the one-time lawyer of former Paraguayan dictator Alfredo Stroessner. In a column published last November, Candia had callen Von Leppel an “accomplice, accessory, and tenacious supporter of the barbarities committed by the Stroessner government,” news reports said.

On Friday, Judge Héctor Capurro determined that the libel charges against Candia, which could have resulted in a fine, were unproven. Prior to the ruling, Candia said Von Leppel’s efforts amounted to a “stupid complaint that seeks to instill fear in journalists who work and report under the protection of the National Constitution, which protects freedom of expression and of the press.”

Much different was the scene in the Dominican Republic, where a judge gave journalist Melton Pineda 10 days to appeal his criminal defamation conviction. Should an appeal fail to be lodged within that term, Pineda will be ordered to fulfill the three-month prison sentence handed down on Sept. 13.

Pineda, the second Dominican journalist convicted on defamation charges this year, told the International Press Institute (IPI) by telephone today that he planned to appeal. In June, IPI visited the Dominican Republic on a press-freedom mission to lobby for the decriminalisation of libel offences.

In Cuba, the independent news organisation Hablemos Press launched a coordinated campaign to free journalist Calixto Ramón Martínez Arias, who was detained on Sept. 16 and accused of insulting Fidel and Ramón Castro under the country’s desacato or contempt of authority laws.

As IPI previously reported, Martinez had written a series of articles on outbreaks of cholera and dengue fever on the island. He was arrested near Havana’s José Martí International Airport, where he was apparently investigating the arrival of medical supplies, Hablemos Press told IPI. Under the Cuban criminal code, Martínez could face up to three years in prison.

IPI Deputy Director Anthony Mills said: “Unfortunately, Latin America continues to lead the world in prosecuting journalists via criminal defamation laws. We welcome the acquittal of Alberto Candia, and urge the appeals court in the Dominican Republic to overturn the conviction of Melton Pineda. Additionally, we appeal to the Cuban government for the immediate and unconditional release of Calixto Ramón Martínez Arias, whose only “crime” appears to have been dedicated investigative reporting.”

While global press freedom organisations have repeatedly declared criminal defamation laws to be incompatible with press freedom, their use by Latin American governments to silence critical voices has been on the increase.

IPI is one of the world’s leading voices against criminal defamation, and is currently heading a campaign to abolish the offence in the Caribbean. 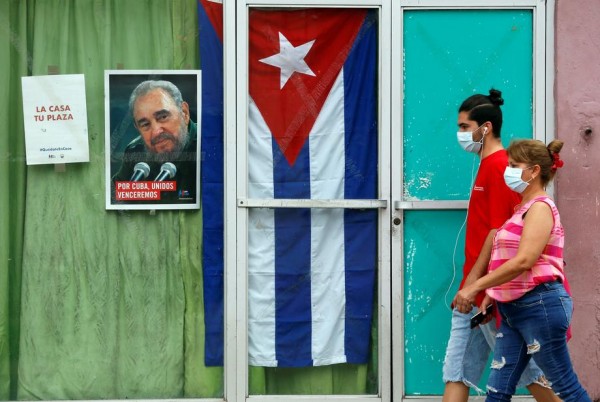